"A correction is looming in the equity markets." 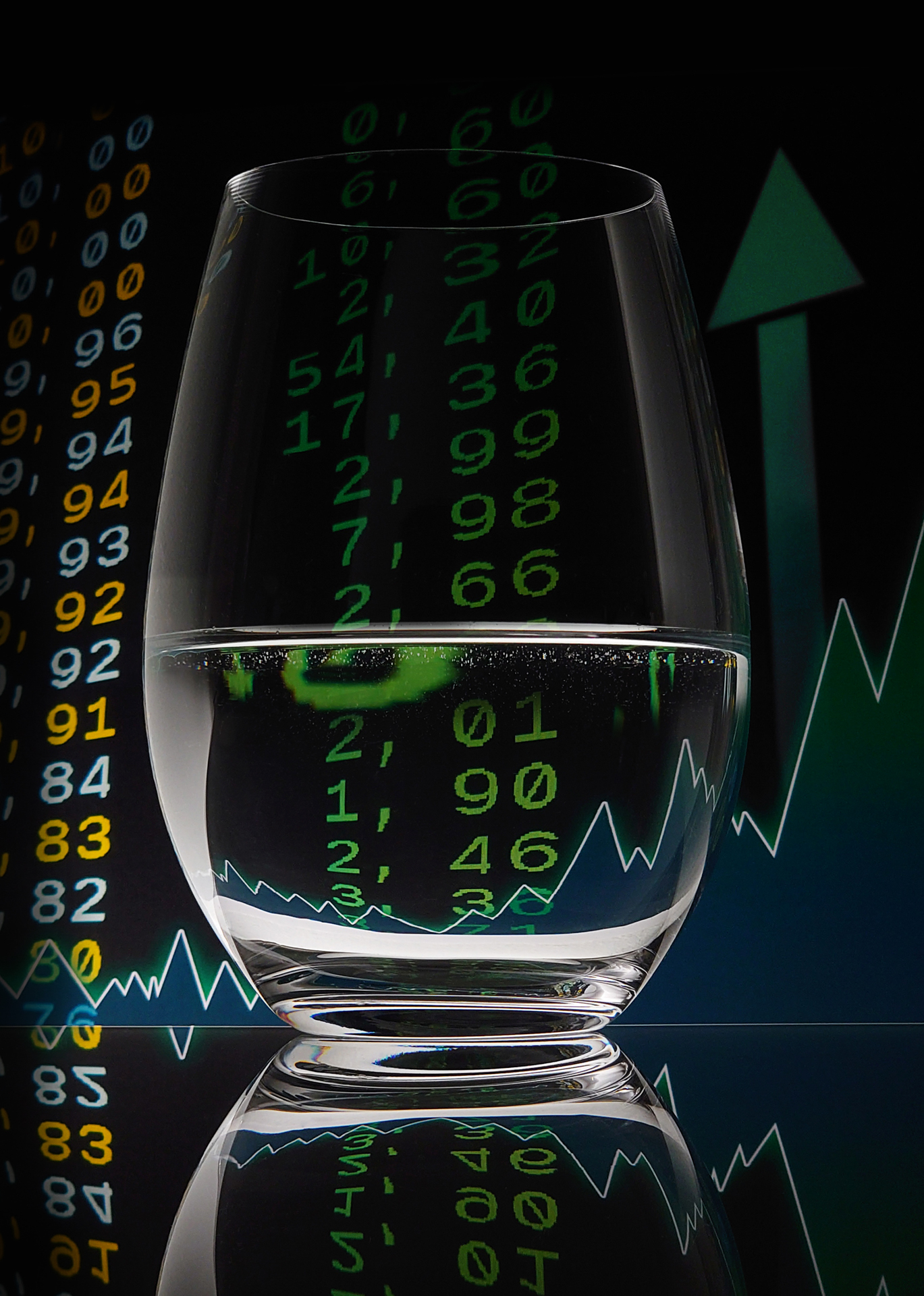 Too much optimism, too high expectations, prices rising too quickly - this is how one third of the Lerbach Competence Circle comments on the situation on the stock markets.In the course of the next six months, the experts expect significant setbacks.

"Of course, equities remain my favourite asset class.After all, the main arguments - permanently low interest rates and strong monetary support from central banks - are not going away," makes Stephan Jäggle, MSR Family Office, clear: "But prices have simply gone too far too fast. I therefore assume a consolidation for the time being."

For a third of the Lerbach circle of competence, the stock glass is currently half empty. However, these experts also do not expect a general trend reversal - but only a short-term correction. "There is simply no way around tangible assets, especially equities. Simply because of the negative real yields on most bonds, equities remain without alternative. I would always want to maintain a strategic position in quality stocks," clarifies Ulrich Voss, Tresono Family Office. "The question is simply how I position myself in an overall portfolio today. We were fully invested and have now taken profits on 20 percent of the positions. That's fine tuning. In view of the many warning signals, it is reasonable to take the foot off the gas a little," specifies Michael Winkler, St. Galler Kantonalbank.

One risk that is currently being completely ignored is, for example, the emergence of an escape mutation of the coronavirus that cannot be combated by the vaccines. "If new lockdowns then had to be imposed, it would be a disaster. The probability may not be high, but this should not be completely disregarded," reflects Thomas Buckard, Michael Pintarelli Financial Services.

However, he adds that investor behavior does not reflect such concerns at all at the moment. "On the contrary - optimism is extreme," nods Jäggle. "Let me name three aspects," Ulrich Voss enumerates: "In the last five months alone, 576 billion dollars have flowed into equity funds. By comparison, in the last twelve years combined, it was only 452 billion. In the US, households now have more than 43 percent of their assets invested in equities. This is just shy of the peak of 44.6 percent reached at the turn of the millennium. And more than $822 billion was recently spent buying securities on credit in the US. This represents an increase of 71 percent over the past twelve months. The volume has thus also reached a record level of four percent of the US national product."

But there are more aspects that smack of speculation, he said. "The hype around cryptocurrencies, the boom in new issues and SPACs - shell companies that raise money to buy companies with. The fact that fund managers around the world are more overweight in equities than they have been in 20 years, according to a Bank of America survey, is also food for thought. I can't shake the feeling that there's just too much of a sip in the bottle.That makes equity markets vulnerable," Winkler adds.

"On top of that, the summer months are traditionally more difficult on the stock markets. The dividend season is over, the summer doldrums are looming," Thomas Buckard brings another argument into play."In fact, it can be proven that investment results in the period from May to September have been below average in the past," nods Bernd Meyer, Berenberg, and explains: "At the beginning of the year, optimism usually meets fresh money. Institutional investors such as insurance companies or pension funds are buying now, as are active fund managers. However, if they have achieved a positive performance after the first few months, perhaps even having already reached their investment target for the year, they often position their portfolios more neutrally in the summer. The markets then lack support from that side."

More importantly, however, he said the fundamental basis of the recent bull market can also be questioned. "After all, the basic premise is that a huge, synchronous global economic boom begins in the summer, and corporate profits then rise rapidly. And yet interest rates remain extremely low," analyzes Axel Angermann, FERI Trust, and continues, "But it doesn't necessarily have to turn out that way."

A key variable in Angermann's thinking is inflation. "In the US, a huge surge in demand is meeting limited capacity. That's pushing prices up. The core inflation rate will go above three percent in the coming months. And that's when it gets exciting: does the situation calm down again or does the rate of price increases become entrenched?"

The answer to that has implications for the bond market and monetary policy, he said. "Negative real interest rates don't really fit with a period of strong growth. In perspective, therefore, yields on bonds with ten years to maturity in the US will rise in the direction of the inflation rate," Meyer suspects. The thesis of eternally low interest rates justifying higher valuations in the stock market could then be challenged. "As long as the rise in yields goes slowly and yields continue to rise at the same time, the market could take it. If it goes fast, we'll have a problem," Meyer says.

He adds that it will also be exciting to see how the Federal Reserve reacts. "Will it really, as many expect, intervene even more strongly in the market to slow down the rise in yields?" asks Angermann. "In any case, from autumn at the latest, there will be massive discussions about when and how the central banks will scale back their bond-buying programmes," Bernd Meyer is convinced.

The fact that this does not generally leave equity investors cold is shown by the example of China, he says. "When the Bank of China took its foot off the gas a bit in February, the stock market corrected by 15 percent. Why shouldn't the same thing happen in the US and Europe?" asks Michael Winkler.

Even the case for an economic boom is far from settled, he adds. "In emerging markets, impulse progress is slow. These economies are vulnerable to new waves of infection. And then there is the issue of second-round effects," Angermann outlines. During the crisis, he says, banks rolled over loans because it wasn't clear whether a borrower's problem was due to the crisis or its business model. "The moment things start to look up, however, this becomes clear. That's when banks tend to close relatively quickly. I am therefore curious to see how many more of the three million short-time workers in Germany will become unemployed."

Given these many uncertainties, he said, expectations for corporate earnings reflected in stock valuations are very ambitious. The consensus among all analysts worldwide - according to Fact-Set's figures - is that 2022 earnings will be 20 to 50 percent above 2019 pre-crisis levels, depending on the index. "If growth momentum is not as strong as hoped or higher input prices cannot be passed on to consumers, that will be hard to achieve," Angermann says. "And things would have to get better to have a positive effect on the market," Buckard interjects.

A correction of ten to 15 percent in the next six months would therefore not surprise the experts. "It would even be typical for the course of a classic stock market cycle," adds Michael Winkler.

As a rule, the upswing after a recession actually begins with a liquidity rally because the central banks pump money into the system. This is then followed by a period of uncertainty as the liquidity bull market transitions into the earnings bull market and hopes have to be backed up with hard facts. "This transition tends to be bumpy," says Winkler, pointing to parallels with price action after the financial crisis. "From March 2009 to spring 2010, listings also rose about 75 percent. Then the market consolidated for three to six months and corrected by around ten percent."

At that time, stock markets resumed their original upward path in the fall of 2010. "It could be similar this time," Meyer and Winkler conclude, "after a correction, our glass would be quite full again."®

"The key to investment success today is to avoid mistakes," makes Ulrich Voss, Tresono, clear.What is important is not only what goes into the portfolio - but also what stays out. The experts currently see particularly high risks in the areas of electric vehicle mobility, hydrogen and renewable energies. An important warning signal is the ratio between price and turnover. "I stay away from shares that are above a factor of ten and do not make a profit," says Voss.