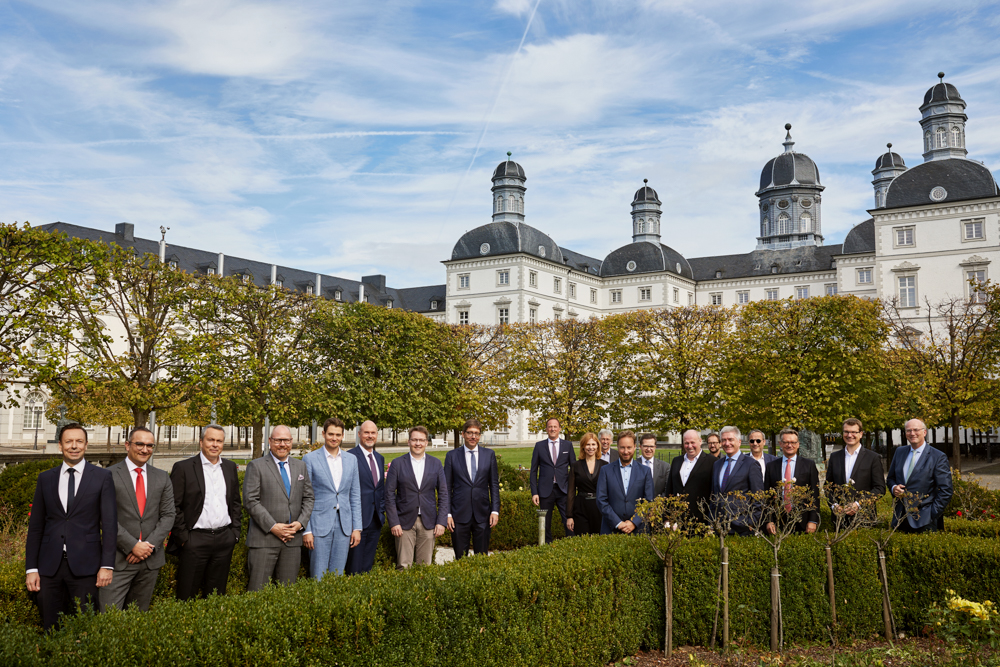 Lerbacher Runde. Once a year, bankers, asset managers and family officers meet at Schloss Bensberg to provide wealthy investors with inspiration and guidance. While the autumn of 2020 was still dominated by the pandemic and economic recovery, new questions are now being asked: What is happening with inflation? Are we witnessing the turnaround in interest rates? What would that mean for the price of real assets, which have experienced an unprecedented boom thanks to zero interest rates? And how should investors deal with climate change? The experts know the answer.

"We are living in exciting times," says Kai Röhrl, Head of Wholesale, Robeco Germany, opening the twelfth Lerbach Roundtable: "The economy and capital markets have barely come to terms with the virus when the fourth wave irritates. At the same time, new factors of uncertainty are emerging for investors. Supply bottlenecks are putting pressure on corporate profits. Unusually high inflation rates are stoking fears of an interest rate turnaround. And now, at the latest, investors also need to think about how the fight against climate change will affect their investment strategy."

For investors, a close examination of these issues is more important than ever. After all, the last twelve months have been marked by far above-average gains. The major indexes all climbed more than 20 percent, yielding gains two to three times the historical average. Wouldn't it make sense to take profits and wait and see?

A clear case for the Lerbach Round. Since 2010, family officers, bankers and asset managers have met once a year at the invitation of Robeco and private wealth to offer guidance to the magazine's readers. In recent years, the professionals have gradually increased their strategic equity allocation. And currently they are tactically positioned a bit more offensively (see below). "When it comes to preserving wealth over the long term, there is simply no alternative to equities," explains Marc Vits, Bankhaus Metzler. "Anyone who goes to the sidelines now is also taking a risk - namely that of missing out on valuable return points that can then no longer be recovered," makes Karsten Tripp, HSBC Germany, clear.

An all-round positive economic outlook from the round supports this assessment. The resurgence of the pandemic and supply bottlenecks will only dampen growth in the short term. In 2022, global growth is then expected to be above average. And in the long term, the fight against climate change could trigger a surge in innovation. "I am therefore not worried about corporate profits," says Christian Jasperneite, M.M.Warburg & CO. Up to now, it has been underestimated that it is not real but nominal growth that counts for companies. And in view of higher inflation rates, this is likely to be very respectable - at least for those companies that can pass on higher prices to their customers.

However, the upcoming transition from a zero-interest-rate world without inflation to an era with higher rates of price increases is not without its dangers. "If yields were to rise significantly then, we would have a problem," says Jan Viebig, ODDO BHF. Everything now depends on the further inflation path and the reaction of the central banks, he adds. "Interest rates," confirms Philipp Dobbert, Quirin Privatbank, "are indeed what all real asset prices hang on."

So it is interesting that the German Council of Economic Experts has just once again urged the ECB to prepare and swiftly communicate an exit scenario from its expansionary policy. "I would also like that - because negative interest rates entail enormous misallocations. People who have held fixed deposits for decades are now buying stocks in a virtual panic. Or are paying extreme prices for real estate. It would make sense to let the air out a little," says Daniel Oyen, Plettenberg, Conradt & Cie.

With this opinion, Oyen finds great agreement in the round. "But we don't have to base our investment decisions on what we wish would be intellectually right. The ECB would have to tighten its policy.But it won't," Bernd Meyer, Berenberg, is convinced, arguing, "The restrictions are too big for that. Sovereigns have too much debt and central banks are too afraid of distortions in the financial markets." "The ECB may cut back a little on its bond purchases, but it will remain silent on interest rates for a long time. A hike in the deposit rate and thus the end of custodian money is relatively far away," says Carsten Mumm, Donner & Reuschel.

Investors, according to the professionals, should therefore only prepare for an interest rate turnaround light. And for a long-lasting phase in which interest rates are below inflation rates.

Such an era of negative real interest rates is actually the stuff of which real bubbles are made. Interest-bearing securities lose purchasing power, and the run into (scarce) real assets could continue. "In fact, equities will then be the best alternative in the entire canon of available investments," explains Lutz Welge, Bank Julius Baer, "they will run all the stronger the longer central banks can decouple interest rate and inflation trends."

This is unlikely to be a one-way street in 2022, however. "If it turns out that inflation will remain high for more than just a temporary period, there will at least be a discussion about whether central banks will not have to respond with tighter monetary policy. And that could lead to turbulence," warns Axel Angermann, FERI Trust. "But those would be buying opportunities," concludes Thomas Neukirch, HQ Trust.

That is - in woodcut terms - the world as the Lerbach Roundtable sees it. The experts then offer concrete advice for investors in six workshops: What does the growing dominance of the state mean, how are economic prospects, inflation and asset boom to be classified? And where can investors find air-conditioning and alternatives for interest-bearing securities? You can read the results on the following pages.

This is how the Lerbach round structures the liquid assets of an average investor willing to take risks. The professionals distinguish between strategy and tactics. The comparatively high tactical cash holding is particularly interesting.This cash is to be invested in equities in the event of price setbacks.

Breakdown of investments in the interest rate segment

The Lerbach Round forecasts.

// 02. interest rates: central banks will reduce their bond purchases in 2022. The ECB is nevertheless sticking to its deposit rate of minus 0.5 percent.As for US key interest rates, ten of the 16 bankers see one to two interest rate steps upwards.As a result, bond yields are set to rise until the end of 2022, with ten-year German government bonds moving slightly into positive territory and US government bonds rising to two percent. This leads to price losses on the bond market.

Prices continue to climb, but investors must endure fluctuations. They should buy in the DAX in the area of 14200 points. Initial profit-taking is advisable at 17300 points. In the case of the US S&P 500 index, these levels are at 4000 and 4900 points.

How to earn it Silke Lauenstein 43
"The best is yet to come," said Wolfgang Trier a…

How to earn it Silke Lauenstein 42
In the latest issue, private wealth told the…

Editorials Klaus Meitinger, Moritz Eckes 86
Dear readers, We are actually hesitant to use…

How to earn it Gerd Hübner 75
Expansion strategy. Arne Weber and his wife Fan…