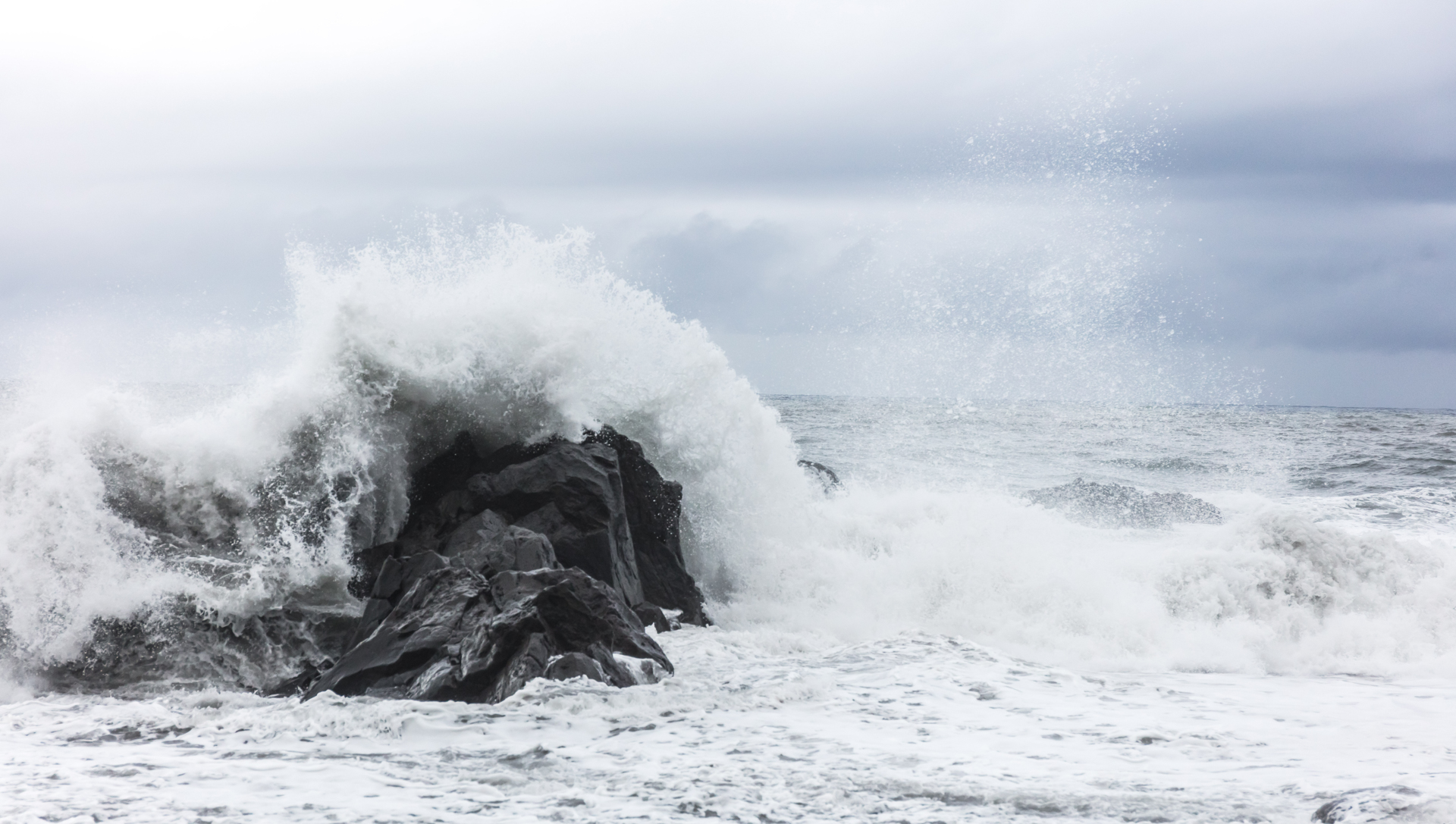 Alternative Investments. In view of highly valued stock markets, the risks in portfolios are increasing. And because interest-bearing securities - unlike in the past - no longer offer much in the way of returns or protection in the event of turbulence, investors are looking for new underlying investments that generate returns regardless of market trends. "The GAIA Helix fund does just that," says Ulrich Heuberger, head of sales at Schroder Investment Management.

The litmus test came sooner than expected. "When we launched the GAIA Helix fund in December 2018, we wanted to create a new basic investment for the zero interest rate era.As little loss of value as possible in difficult periods, as much participation as possible in positive developments in the stock market. Something that simply always works," explains Ulrich Heuberger, Head of Sales at Schroders: "But I wouldn't have thought that the strategy would have to pass an extremely tough test so soon."

In the first six months of 2020, the corona virus and its fightback through monetary and economic policy had sent equity markets on a breathtaking rollercoaster ride. A 30 to 50 percent drop in share prices was followed by a rapid recovery."The GAIA Helix generated an overall gain of just under two per cent for the six months. And the drawdown - the maximum loss in value - never exceeded the five per cent mark. At the end of the year, the scorecard even showed a plus of 11.9 percent. The absolute return concept delivered what we had promised."

Absolute return strategies are designed to generate positive returns with a very high probability over a twelve-month horizon, irrespective of stock market developments. This is particularly interesting in the current zero interest rate era. "Many investors today are looking for a new balance between the asset classes of equities, bonds and cash. Absolute return funds could partly replace interest-bearing securities in the future," says Heuberger.

The key variable here is what is known as alpha - the return that a manager generates based on his or her expertise alone, irrespective of the performance of the market in question. Heuberger explains how this works with an example: "Imagine a manager who specializes in the 30 DAX stocks. In a first step, he could borrow a DAX index security from a broker and immediately sell it at the current price.For the amount thus obtained, he acquires the ten stocks he has the most confidence in.Of course, he has to buy back the DAX index security at a certain point in time in order to repay the loan. But in the meantime, his success depends solely on whether his picks outperform the index. Where the DAX itself moves is irrelevant."

If the manager's picks go up 15 percent and the DAX only goes up ten, his return is five percent. If his picks fall by 15 percent and the DAX falls by 20, his exposure also generates a five percent gain overall. "So it really just comes down to manager performance. Similar strategies can be implemented in all other markets, of course. It also works for bonds or commodities," explains Heuberger.

That's the theory. In practice, however, by no means all absolute return funds delivered what they promised. In the challenging year 2020, the segment managed an overall increase in value of 1.34 percent, according to figures from the research firm Refinitiv. But the differences were huge. Everything between plus 30 and minus 30 percent was possible. What makes the GAIA Helix strategy so successful?

"The most important aspect is that it offers unique access to the entire Schroders world and is thus very broadly positioned as a multi-manager strategy," explains Heuberger. Around the globe, 750 experts work to ensure the success of the firm's more than 150 investment funds. "These are all very active managers. They are not subject to any house opinion. Their only job is to implement their own ideas and processes in such a way that they make the best possible performance in their field. The Helix fund manager, Robert Donald, now pools all these investment ideas and, as shown in the DAX example, eliminates market risk to distill the pure analytical power of the managers. Because this fund so perfectly reflects the Schroders heritage, we have named it Helix," explains Ulrich Heuberger.

In concrete terms, the investment process takes place in several stages. In the first step, the results of all Schroders funds - which can be equity funds, bond funds, commodity funds, hedge funds or special sustainability strategies - are evaluated quantitatively. "We have a lot of talent among the managers, but there is still a core of 30 to 40 who have very reliably delivered above-average results in return and risk. These best of the best form the backbone of Helix."

The next step is to analyze how their strategies have performed in different market environments. "Sectors, regions, styles - there's a time for everything," says Heuberger. The final selection depends on how Robert Donald views the future market regime and the position of the business cycle. "That's why it's so important that the underlying strategies all come from Schroders. Donald knows them in detail. He knows exactly what outcomes to expect in different market environments. And can position himself accordingly." There is also regular rebalancing between individual strategies in line with market assessments. "Last year, five new strategies came into the GAIA Helix portfolio - three were completely new, two had been in the portfolio before.So the fund follows an active approach to that as well."

The favoured 15 to 30 strategies are then replicated one-to-one. "So GAIA Helix does not buy shares in the respective funds. It's not a fund of funds, it buys exactly the same stocks as the respective fund managers with a short delay." This is important because Robert Donald himself is supposed to eliminate unwanted risks in the Helix portfolio. After all, the different managers all work for themselves and take no account of the overall portfolio. That's why, Heuberger says, there can always be overlap and cluster risks. "If the share of a particular style, region or sector becomes too large, we clean it up."

The result is a very well-diversified portfolio of ideas from Schroders' best experts. But it is not yet an absolute return fund. GAIA Helix only becomes one in the second part of the investment process, risk management.

"In all strategies that bet on rising prices, we buy the fund's positions and sell the respective market. This is how the manager's 'alpha' is extracted. In the case of hedge funds that have set themselves the goal of market neutrality - so-called long/short funds are an example - we take over all buying and selling ideas. Ultimately, the net exposure - i.e. the proportion of fund assets that is dependent on the performance of the broad market - should always be well below 20 percent," explains Ulrich Heuberger.

Furthermore, the creators of Helix have additional hedging instruments at their disposal. They can be used at short notice if things get really turbulent on the markets. "In February and March 2020, for example, the team used this option and generated an additional 0.5 percentage points of performance in each case."

In the second half of 2021, Donald suspects there will be plenty of opportunities for his team again. On balance, Schroders is forecasting six per cent growth globally. "However, because this is now market consensus, there will still be greater volatility and massive rotations between sectors and regions," Donald suspects, "so we are currently keeping our net position low and running an above-average hedge."

In terms of investment themes, the GAIA Helix manager is focusing more on stocks benefiting from the economic upturn and on value strategies in the second half of the year.This selection method favours companies whose stock market value is low relative to the equity reported on their balance sheets. After the Brexit deal, Donald also sees opportunities in the UK market again: "Especially strategies that rely on new issues and increased takeover activity could be lucrative. In addition, emerging markets should benefit going forward. Global trade is picking up, prices for many commodities are rising, yet local interest rates remain low.This is an interesting environment for commodity producers."

Robert Donald sees uncertainties in US tax policy and the issue of stronger regulations for technology companies. "So we will have to continue to live with high uncertainties," Ulrich Heuberger concludes. "Fundamentally, however, this is good for the GAIA Helix. The more difficult the environment, the sooner managers can show what they've got." ®

In the second half of 2009, investment house Schroders launched the GAIA platform to offer investors access to funds in the regulated, transparent UCITs framework, including in the alternatives space. The company currently offers eleven strategies on this platform. In total, over six billion euros are managed.

The multi-strategy hedge fund GAIA Helix, which can access ideas from all the house's fund managers, was launched in December 2018. Since then, it has delivered convincing results. Since launch to the end of April 2021, the fund (share class E) returned 20.1 per cent.By comparison, the global hedge fund index HFRX EMN was down 3.2 per cent over the same period.

In the difficult year of 2020, the stability of the GAIA Helix was particularly impressive. In March 2020, when almost all asset classes lost drastically, the fund lost only 3.6 percent. By June, the setback had been recovered, and the total return for 2020 landed at plus 11.9 percent.