Change in the Middle Kingdom. 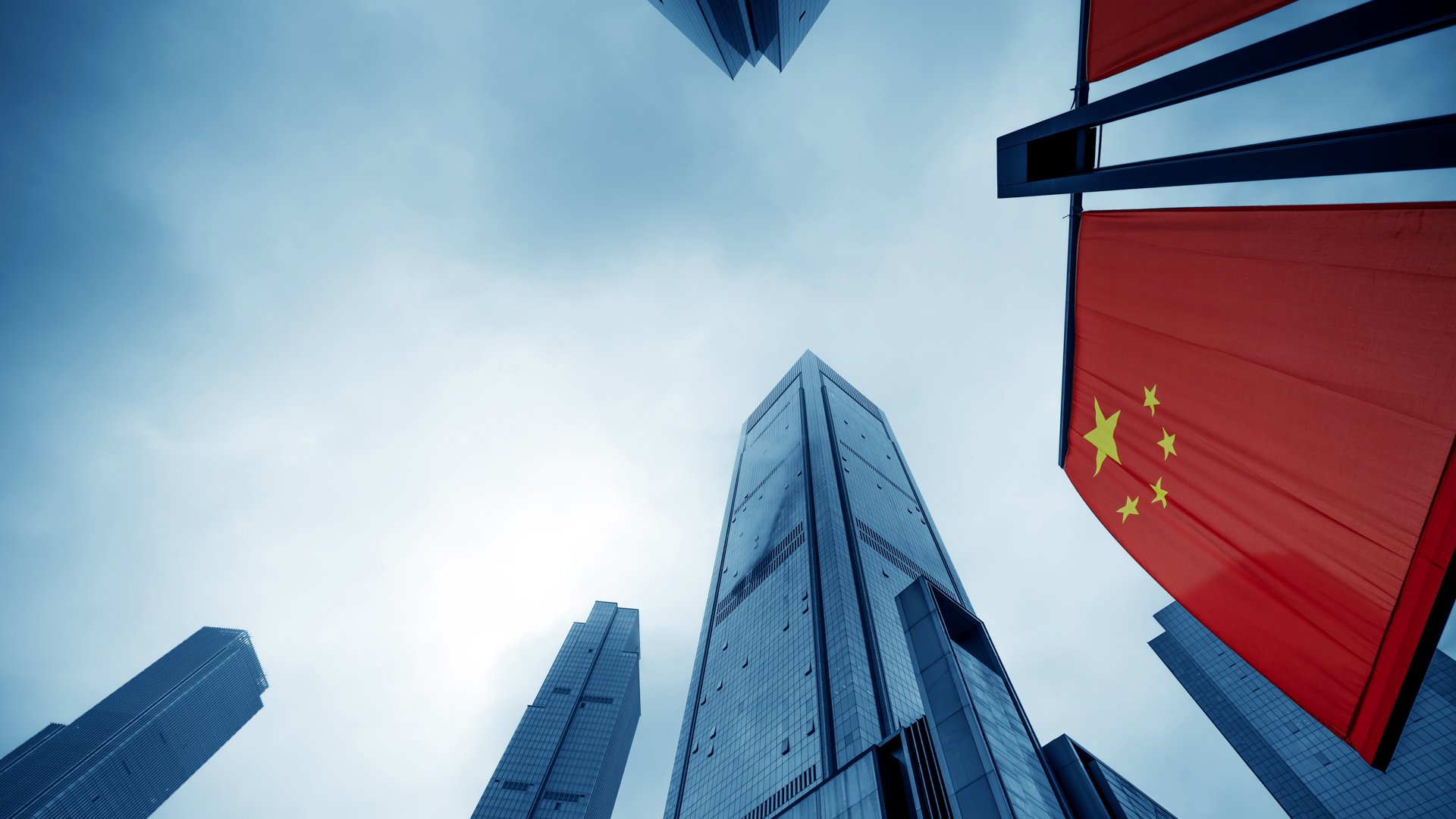 China. While politicians in the US and increasingly also in Europe are considering sealing off their economies from China, investors should open their portfolios more strongly for Chinese shares, advises Carolin Schulze Palstring, Head of Capital Market Analysis at Metzler Private Banking. After all, China's rise to become the world's global economic power opens up a wide range of investment opportunities.

"While the USA presents itself as deeply divided after the election, politicians from both camps agree on one point," states Carolin Schulze Palstring, Head of Capital Market Analysis at Metzler Private Banking. "They share a critical attitude towards China. The clear goal is to push back the influence of the Middle Kingdom. Some observers are already talking about the harbingers of a new "Cold War".

The European Union (EU) has also been conferring with the People's Republic of China on an investment agreement for seven years now - so far without agreement. "In the eyes of the Europeans, the Chinese did not make sufficient concessions on the issues of market access and investment protection." The fronts have hardened on many points.

China is making the established economic powers nervous. For thanks to a longstanding, dynamic upswing, the Middle Kingdom has gone from being a former emerging market to a serious rival for many industrialised countries. The Asian country is not only the world's most populous state with around 1.4 billion people. With a real gross domestic product of around 11.5 trillion US dollars, it has now also risen to become the world's second largest economy, clearly outpacing Japan, Germany and France. Only the United States generates an even larger gross domestic product.

A "before and after" look at the development of the relative economic strength of individual countries quickly makes it clear why the debates about China's position in the world are becoming increasingly heated.

Whereas in 1978 - shortly before the start of the so-called reform and opening policy towards the world and above all towards the West - China contributed only one percent of the global gross domestic product, last year the People's Republic accounted for about 14 percent of the global economic output, calculated in US dollars. In the past four decades, China has achieved an impressive average economic growth rate of over nine percent per year - a level that even in the best boom years developed economies can hardly match. "This rapid economic upturn was driven primarily by reforms and the dismantling of trade and investment barriers vis-à-vis foreign market players," explains Schulze Palstring.

In the 1990s, China focused on the export of consumer goods and invested in industry, infrastructure and real estate. Today, the state wants to gain geopolitical advantages with the mega-project "New Silk Road" and is striving for global technological leadership with its national strategy "Made in China 2025".

To achieve these goals, the Middle Kingdom is taking a strategic approach. Numerous takeovers of companies in industrialized countries and billion-dollar investments in emerging markets are proof of this. Acquisitions primarily involve the purchase of innovative companies in key technologies - with the aim of transferring specialist know-how and skilled workers from abroad. "China has thus managed to develop from the workbench of the world to an innovation economy," the capital market expert concludes.

However, many politicians, economic experts and environmental activists dare to doubt whether this has taken place within the framework of fair competition. According to critics, the "price of the success story" is tangible and visible - weak or no workers' rights, human rights violations, a ruthless approach to the environment and the theft of intellectual property.

However, politicians, companies and investors should not ignore the positive side of the coin, says Carolin Schulze Palstring. After all, many industrialized countries have helped shape China's economic upswing and are benefiting from it.

For example, the bilateral trade volume (all goods exports and imports) between the EU and the People's Republic of China from January to July this year amounted to around 329 billion euros. By way of comparison, the EU and the USA exchanged almost six billion euros less in goods value during the same period.

For export-oriented Germany, China has been the most important trading partner for four calendar years. "And this trend is likely to have continued - despite the Corona crisis - in the course of the year to date," says Schulze Palstring.

At the same time, the People's Republic also plays an important role for German companies on site. The majority of the 30 largest listed companies in this country are closely linked to China. This is particularly true of the automotive sector. German automobile manufacturers generate billions in revenues in China and employ over 100,000 people directly in the country. In some cases, more vehicles are even sold in China than in Germany, France, Italy, Great Britain, the USA, Brazil and Russia combined. "If German manufacturers decoupled themselves from the Chinese market and stopped selling cars there, thousands of skilled workers would probably be out of work in this country," concludes Schulze Palstring.

Other branches of industry are also heavily dependent on China. This is unlikely to change much in the future. At least that is what a survey by the European Chamber of Commerce suggests. It surveyed representatives of 626 companies at the beginning of the year and published the results in June. According to the survey, the vast majority - 89 percent - have no plans to shift current or planned investments in China to other markets. Of the eleven percent of companies that were in favour of relocation, more than half would nevertheless continue to focus their investments on the Asian region (ex China).

The result of such a study could of course be somewhat different today. After all, the pandemic has once again made many companies clearly aware of the vulnerability of their international supply chains. Some economic players may therefore feel compelled to restructure their value chains in order to reduce dependencies. On the other hand, it is clear that economic processes in China have been able to normalise exceptionally quickly compared to many other countries. Despite the pandemic, promises of delivery and performance were largely kept.

"A real 'deglobalisation' or decoupling from China is therefore not to be expected," suspects Carolin Schulze Palstring. So instead of asking the question of how Europe can separate itself from China, we should think about how the future can be shaped in such a way that win-win situations arise between the individual economic areas. After all, China is not only a systemic rival for Europe, but also an important strategic partner, as the EU's High Representative for Foreign Affairs and Security Policy, Federica Mogherini, said in March last year.

"Economic history shows that no national economy has so far benefited from isolation in the long term", macht Carolin Schulze Palstring clearly states. The Western world is therefore called upon to find a modus operandi that will enable fair cooperation with China in the future. "But of course security concerns should be taken seriously - for example, in the expansion of the 5G network and the issue of technology transfer.

"Despite the difficult political situation, the basic premise for investors should therefore be that the economic boom in the Far East will continue," stresses the capital market expert, concluding: "This will result in interesting investment opportunities. After all, the country has long since ceased to be just the world's supplier, and has now achieved a significant position in the value chain.

China is also well positioned for the future. It not only has extensive possessions of rare earths, but has also developed two of the five most powerful supercomputers. Currently, the country is on its way to the top of the world in terms of machine learning, 5G technology and robotics and scores with its 1.4 billion inhabitants and the correspondingly huge domestic market, which still offers great potential for expansion. "Every year, the number of people who belong to the middle class with purchasing power in China increases by many millions. The proportion of this population class in the cities has risen from around eight percent in 2010 to just under 50 percent in 2018," informiert Schulze Palstring.

In addition, hundreds of millions of so-called millennials live in China. This generation of people born between 1981 and 1996 is considered to have a particular affinity for technology and media. The number of Internet users and mobile phone contracts is correspondingly high. So it seems only logical that China should play a major role in driving forward disruption in the modern, new economic sectors. Within a decade, the e-commerce market there has gone from a marginal phenomenon to the number one worldwide. The absolute amount of online payments is many times higher than in the United States. And more electric cars are sold than in the United States and Europe combined. "It doesn't seem like a bold thesis that China will also lead the way in the development of forms of artificial intelligence," says Schulze Palstring.

The importance of the technology sector is also reflected in the sector composition of the stock market indices: While the stock markets in Latin America and Eastern Europe are more strongly influenced by cyclical sectors such as commodities and finance, the IT sector accounts for the lion's share in the Asia region, which is strongly dominated by China.

"With their future-oriented business models, these companies can be profitable even in times of low economic growth and low interest rates," the expert is convinced.

Even in terms of currency stability, China has a clear advantage. In the past years, the currencies of the other BRICS countries - a popular acronym among investors for the important emerging markets Brazil, Russia, India, China and South Africa - lost considerable value against the euro. The Chinese Yuan, on the other hand, remained largely stable and even appreciated moderately at times.

Nevertheless, Chinese equities are still likely to be underrepresented in many Western investor portfolios. One major reason is that the Middle Kingdom is still barely represented in global indices. While its share of global GDP is around 14 percent, China's weighting in the global stock index MSCI AC World is currently only just over five percent.

The lack of transparency and the isolation of the Chinese capital market are cited as justification for this. "That is true, but it is changing gradually," Schulze Palstring is convinced. "The Chinese government has already taken some steps in recent years to make it easier for foreign investors to access the Chinese capital market. Many other measures are still pending, such as improved hedging possibilities."

The very high debt levels of many companies are also currently making investors shy away from greater involvement. "Such company-specific risks can, however, be reduced by careful fundamental analysis. Broad diversification also helps to increase the resilience of the portfolio. In this respect, fund solutions are particularly suitable for investors to integrate China into their portfolios", sagt Schulze Palstring.

The expert concludes that in view of the immense potential of the Chinese economy, investors can no longer afford to ignore Far Eastern stocks in their portfolios. "While politicians are discussing foreclosure, investors should open their portfolios to an admixture of Chinese stocks." ®

How to invest it Gerd Hübner 168
Blockchain. The digital representation of…

How to invest it Threadneedle Management Luxembourg S.A. 169
Small Caps. Shares of smaller companies, they…

How to earn it Mariella Bauer 158
Handmade. Instead of rapid growth, the Munich…

How to earn it Yvonne Döbler 150
Expansion strategy. In 18 years, Wolfgang Trier,…