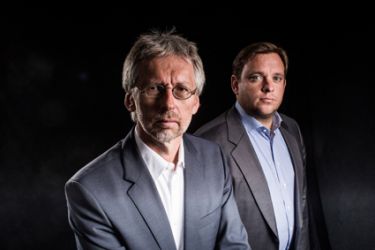 what keeps its value? This question not only concerns our network, it was also omnipresent at the Lerbach round. The large states have apparently exceeded the "point of no return" due to the Corona rescue measures, up to which they were able to control their debt burden without the financing of the central banks. So the central banks will (have to) continue to channel money into the cycle. If the money supply now increases much faster than the quantity of goods, won't financial assets - bonds, cash, account balances - at some point become relatively less valuable?

The central function of money - apart from its capacity as a means of payment and unit of account - is that of a store of value. If it came under threat in the past, the citizens of the country concerned exchanged their capital for better money. In the last century, this was usually the US dollar. Today the situation is fundamentally different. The major currencies themselves - dollar, euro, yen - are in danger. Between them there is a balance of wavering giants. No chance to hide there.

Flight into real estate, land or gold is considered the best way out. But even that has its pitfalls. All these assets are under the influence of a state in distress. Their possessions can be prohibited or taxed at will. Perhaps this explains the recent rise in the price of Bitcoin. Only - as long as its storage location can be hacked, it is not safe either. The ultimate store of value for us therefore remains a participation in global entrepreneurship - let's just call this the world share. Because these companies provide necessary products and services, they should be profitable in the long run. Their role as employers also protects them from state intervention and their shareholdings from excessive taxation.

Keeping this in mind is especially important today. The next six months could be turbulent on the stock markets. If there is a further significant decline in share prices in view of the rising number of infections and tougher lockdowns, it is important to keep your nerves. And to take advantage of the opportunities to replenish the value memory. Because the more difficult the economic situation becomes, the more extensive the government rescue packages and central bank financing become. And the more paper money there will be relative to the companies and their products. In the long term, global shares could then become very scarce - and correspondingly expensive.

Stay courageous and confident - and have a safe and merry christmas!