Countdown 2023, a look into the crystal ball: PART 1 - Bankhaus Metzler. 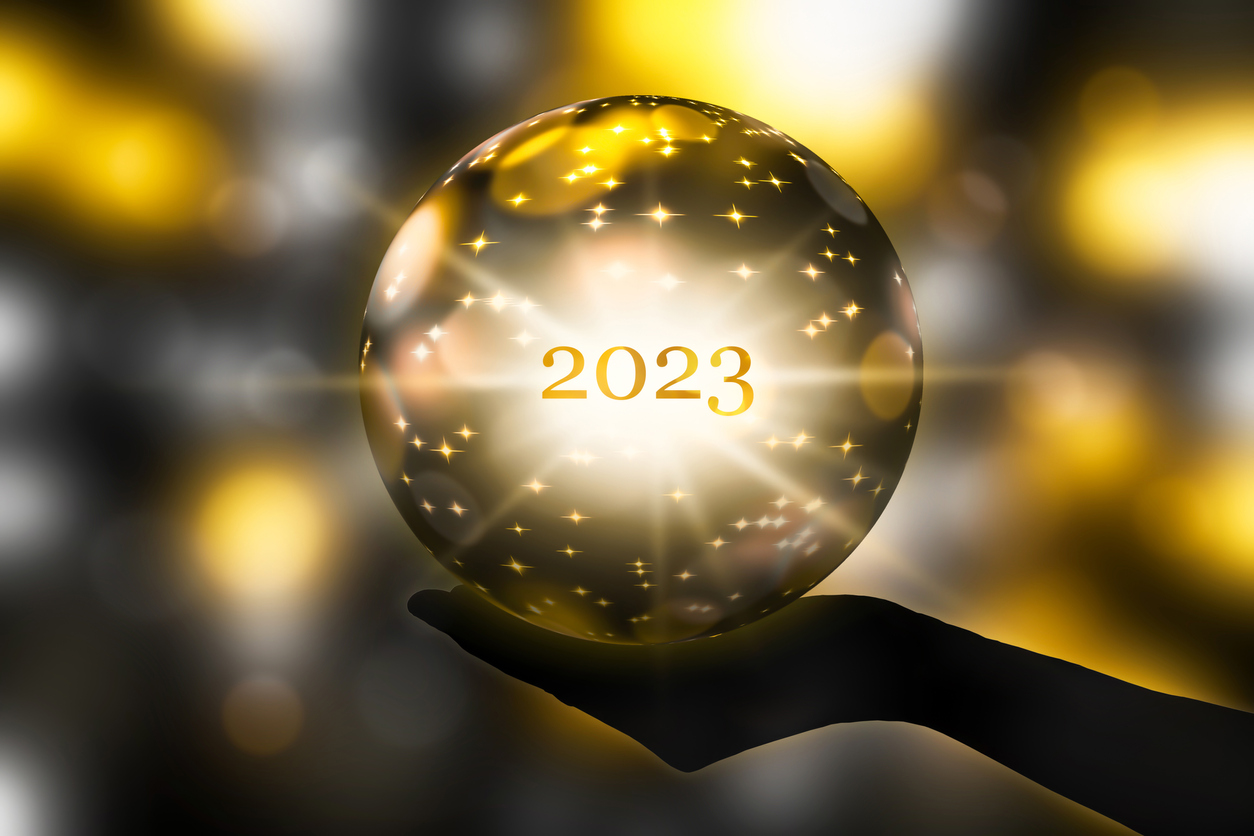 At the end of the year, economists, investment strategists and asset managers look ahead. These days they publish their forecasts and strategies for the new year.

Private wealth attends the most interesting conferences and publishes the most exciting thoughts of the professionals to offer you, dear readers, inspiration and orientation for a (hopefully) successful investment year 2023. 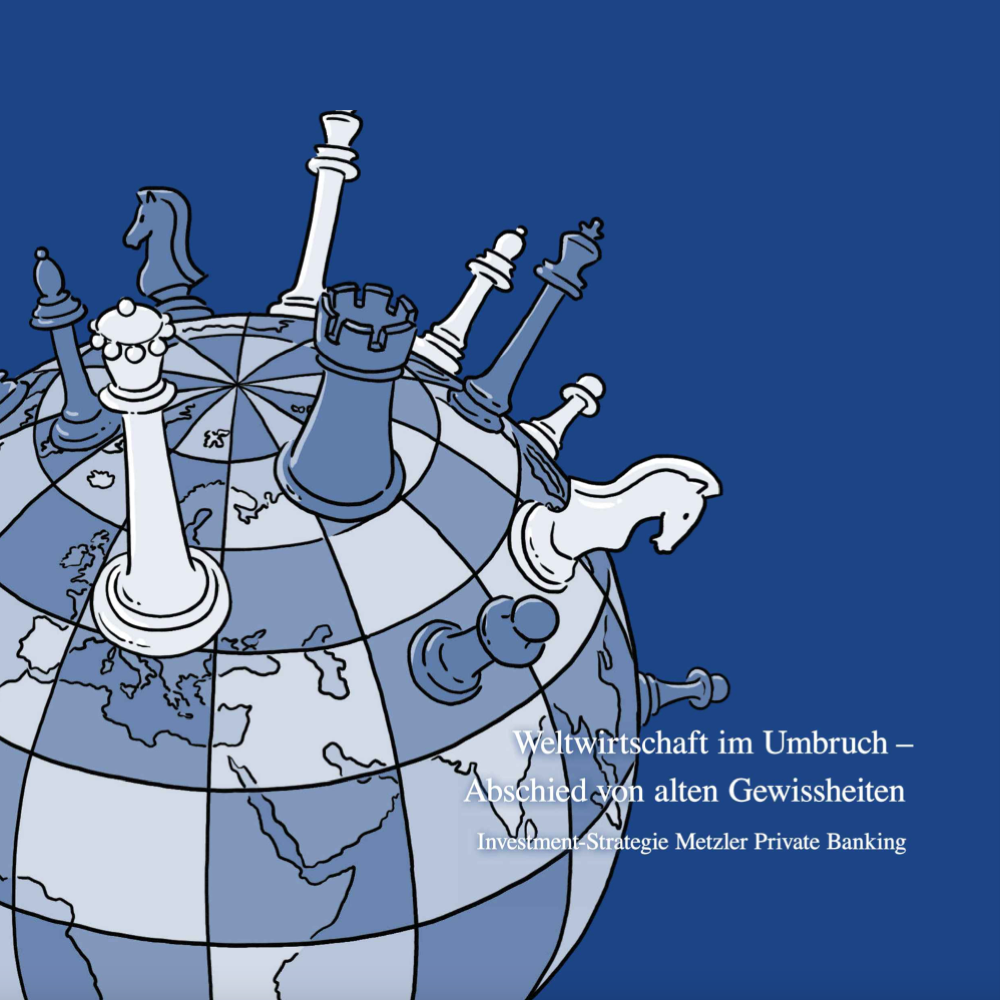 Carolin Schulze Palstring, Chief Strategist in Private Banking at Bankhaus Metzler, puts current developments into a long-term perspective. Over the past 40 years, she says, investors have become accustomed to a regime known as the "Great Moderation" - comparatively low economic growth, but less volatile business cycles, falling inflation rates and central banks that have had leeway to lower key interest rates ever further and ease the burden on the economy without violating their mandate of price stability. 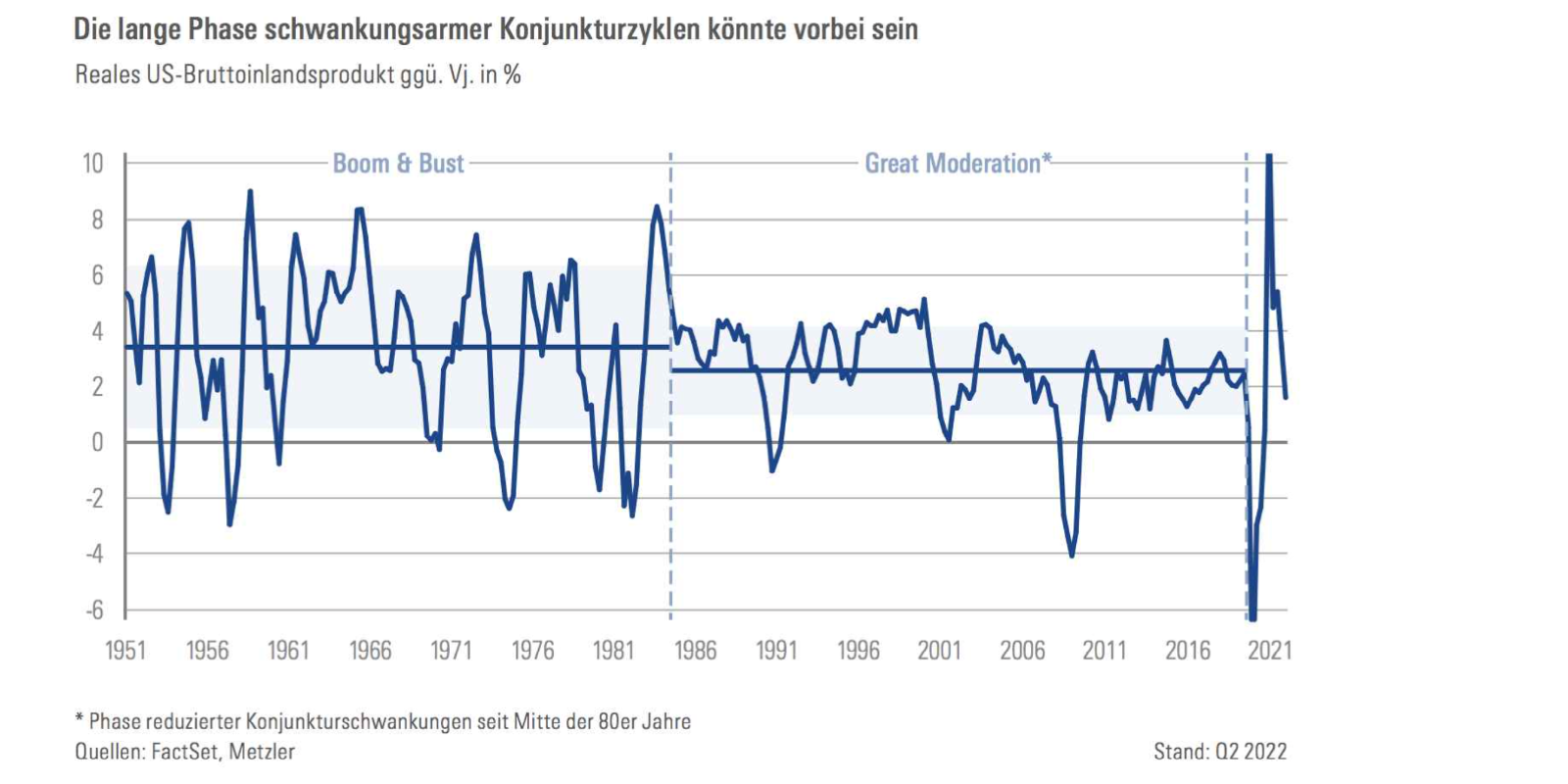 "Things have changed since the Corona crisis," says Schulze Palstring. Business cycles now seem shorter, inflation is back. The crucial question today, he says, is whether this is just a short-term coincidence of exogenous shocks like the pandemic or the Russian war. Or whether this is the beginning of a fundamentally changed macroeconomic regime. A real caesura would have to be assumed if major drivers of economic development were to change permanently.

The focus of their analysis is inflation, because its course determines the possibilities of central banks to "moderate" the economic cycle in the future.

When forecasting future rates of price increases, it is currently important to distinguish between short- and long-term trends. "High energy costs and food prices as well as problems in the supply chains will not last. But we have to ask ourselves whether there are not structural drivers that have a lasting impact on price developments outside of highly fluctuating components such as food and energy," Schulze Palstring reflects. 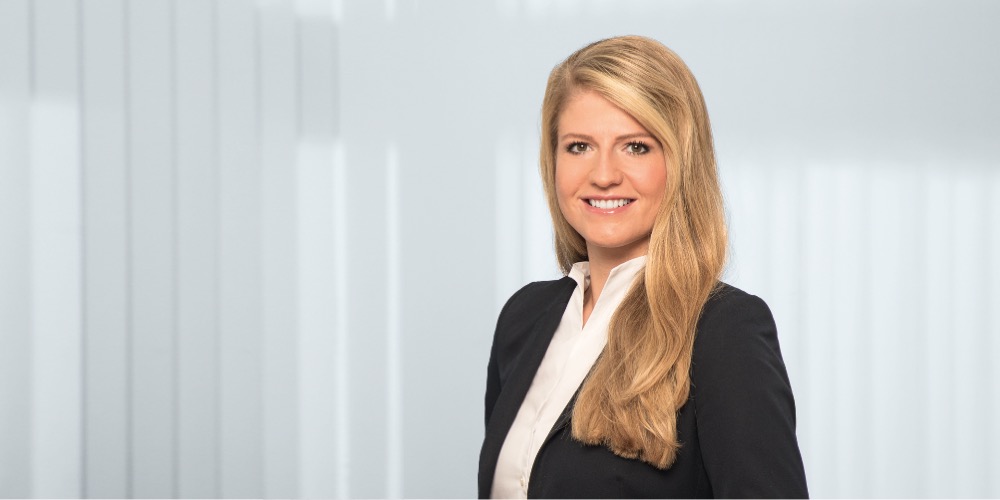 To find an answer, she takes a closer look at the three big "Ds" - demographics, deglobalisation and decarbonisation.

"The link between demography and inflation arises primarily through the labour market. Around 1980, shortly before the start of the "Great Moderation", the baby boomers reached working age. The supply of labour increased sharply in some large industrialised countries, and employers were able to dictate wages for a longer period of time. This dampened price increases."

Meanwhile, however, boomers are gradually reaching retirement age. The supply of labour is diminishing. Workers' bargaining power is increasing. "This should result in higher wages. Companies would then have to earn the additional costs through higher sales prices. It would then come to the famous wage-price spiral."

Such bottlenecks in the domestic labour market, Schulze Palstring further argues, do not necessarily have to set this spiral in motion and lead to higher inflation. "Internationalisation and globalisation can dampen the rise in costs and prices if many work steps are shifted to other countries with lower wage levels. This worked well for a long time. Globalisation thus curbed inflation over the past 40 years and contributed to economic prosperity."

In the meantime, however, says Schulze Palstring, this is also changing. "The golden years of globalisation seem to be over. The protectionist foreign trade policy under Donald Trump, the pandemic as well as the Russian war in Ukraine led to a rethinking of the economy. Entrepreneurs are now trying to diversify their supply chains and are increasingly relying on partners in politically stable systems. Friendshoring replaces offshoring. Although this does not equate to true deglobalisation, it could nevertheless increase production costs, as wage levels and also social standards are likely to be higher on average. On balance, the price-dampening effect of globalisation should therefore weaken noticeably in the future and possibly even turn into the opposite."

An additional uncertainty factor with regard to the future development of inflation is decarbonisation - the transition to CO2 neutrality. "Even before the Russian war, there were violent price caprices on the market for energy raw materials. Energy prices are now expected to remain volatile and costly well into next year. However, there could also be distribution conflicts over many other raw materials in the future. One example is lithium, which is needed for battery production. Since the market for e-mobility is growing rapidly, according to forecasts by the Federal Institute for Geosciences and Natural Resources, there could be shortages in less than ten years, which would then be accompanied by (further) price increases. The decarbonisation strategy therefore also tends to increase costs and thus drives up prices," Carolin Schulze Palstring concludes.

The conclusion of Metzler Private Banking:

Inflation rates will initially decrease again when the exogenous shocks subside. But in the medium and long term they will settle above the central banks' target of two percent. Zero and negative interest rates are therefore a thing of the past. The phase of the "Great Moderation" will be replaced in future by a more frequent and faster alternation between upswings and downswings. The economy and the stock market will be more on their own again from now on. The first recession under this new regime is imminent. Caution is called for: After about ten years of a low interest rate environment, the transition to a world in which capital costs something again will not be frictionless.

// What does this mean for investors?

This year, inflation forced central banks to raise key interest rates. Yields on the bond market have therefore risen rapidly. With a yield level of just under 2 percent, ten-year German government bonds, for example, now appear more attractive again than at the beginning of the year with -0.2 %. In other bond segments, the yield outlook has also improved significantly.

On closer examination, however, Schulze Palstring says this is put into perspective: "Whether the purchasing power of an asset is increased by an investment is not measured by the nominal, but by the real return. And currently, the high inflation rate clearly exceeds the positive, but still far too low bond yield. This means that the return potential on the bond market is unsatisfactory.

Looking ahead, real yields can only be increased in two ways: either through higher interest rates or through lower inflation rates. "Inflation data are likely to fall in the future, but remain well above the central bank's target level of 2 per cent per year. So that alone should not be enough to ensure positive real interest rates on German government bonds."

In view of the increased inflation, Metzler Private Banking initially expects key interest rates and bond yields to continue to rise in 2023. Nominal interest rates should nevertheless lag behind inflation - at least in Germany. "In the USA, key interest rates are likely to rise to 5 per cent and remain there for the time being. In our opinion, the European Central Bank will raise its key interest rate somewhat less, but still to 3 per cent, with consideration for some highly indebted euro countries," Schulze Palstring specifies.

The other side of the coin: The more restrictive monetary policy will then probably be inevitably linked to an economic downturn. Will the central bank then lower its key interest rates again as soon as the economy gets into trouble? "We don't think so," says Schulze Palstring: "In view of the inflation rates, which will then still be far above target, we see hardly any scope to make monetary policy more expansionary again next year.

According to Metzler, investors on the stock market will also have to say goodbye to old certainties. For a long time, central banks were seen as reinsurance for stock investors, cheap money as a kind of lubricant for stock markets doing well. That, too, is now over, he says, making equity investment more difficult.

"From a strategic point of view, the most interesting question for equity investors today is how equities will perform in times of sustained higher inflation," the expert reflects. In this context, the 1970s are often used as a blueprint, in which, after deducting the high inflation rate at the time, no positive real return could be achieved with shares on balance. "But the 1970s do not have to repeat themselves if the fight against inflation is now given top priority by the central banks. We are confident that this will succeed." 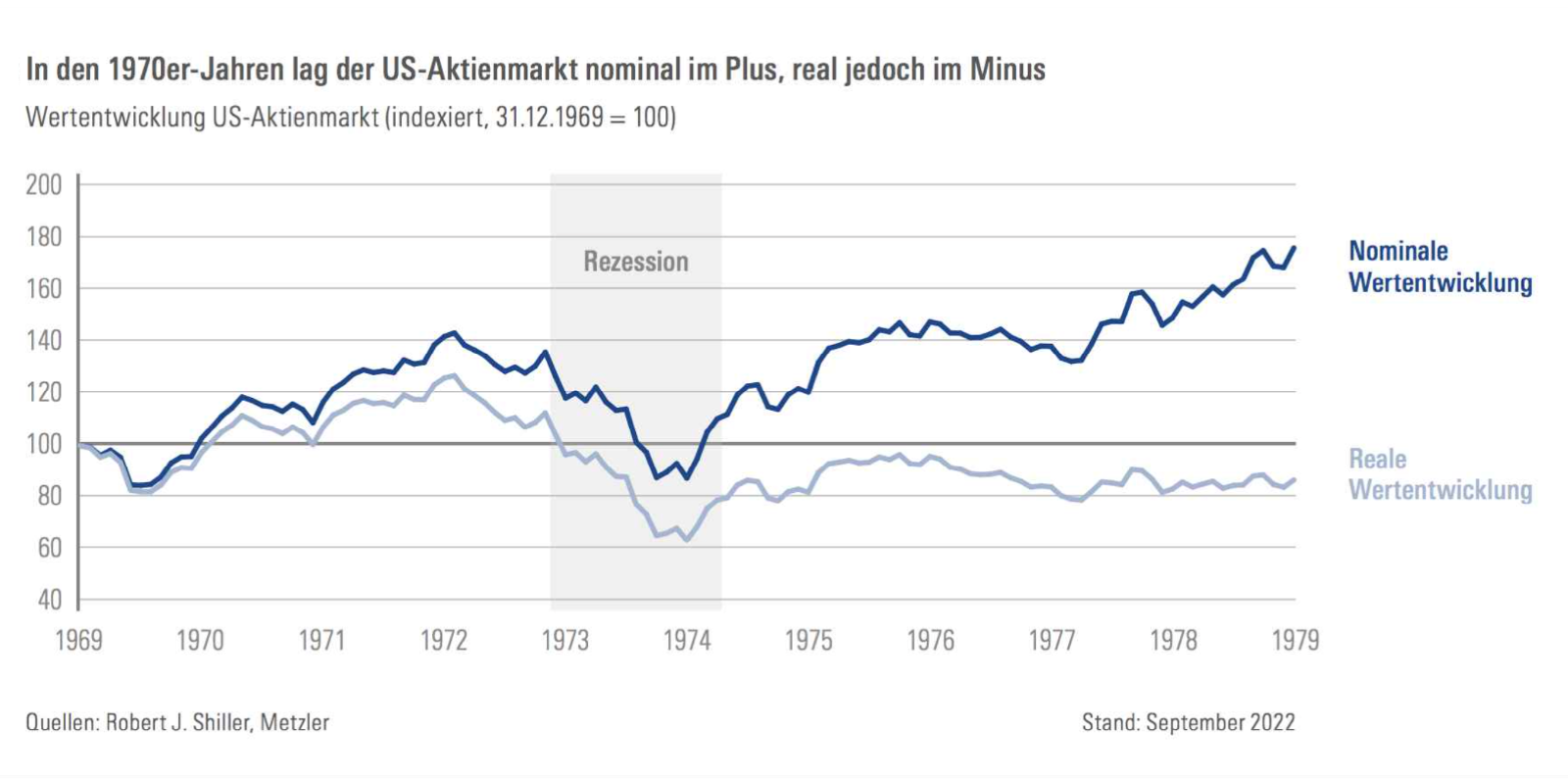 In this context, it is also worth taking a differentiated look at the interplay between inflation and equity returns. "In the past, the best results could be achieved on the US stock market when the inflation rate was below 3 per cent," informs Schulze Palstring: "But even at rates between 3 and 5 per cent, stocks still generated an adequate average real return of about 6 per cent per year. Only when inflation got out of control and annual rates rose above 5 per cent did stock markets trade in the red in real terms." In line with this historical pattern, equities have indeed fallen sharply this year. "However, should inflation fall again in the coming years as expected, there is potential for the stock market to recover in value. And that is even if inflation data settle above the central banks' target value - as we expect," Schulze Palstring concludes. 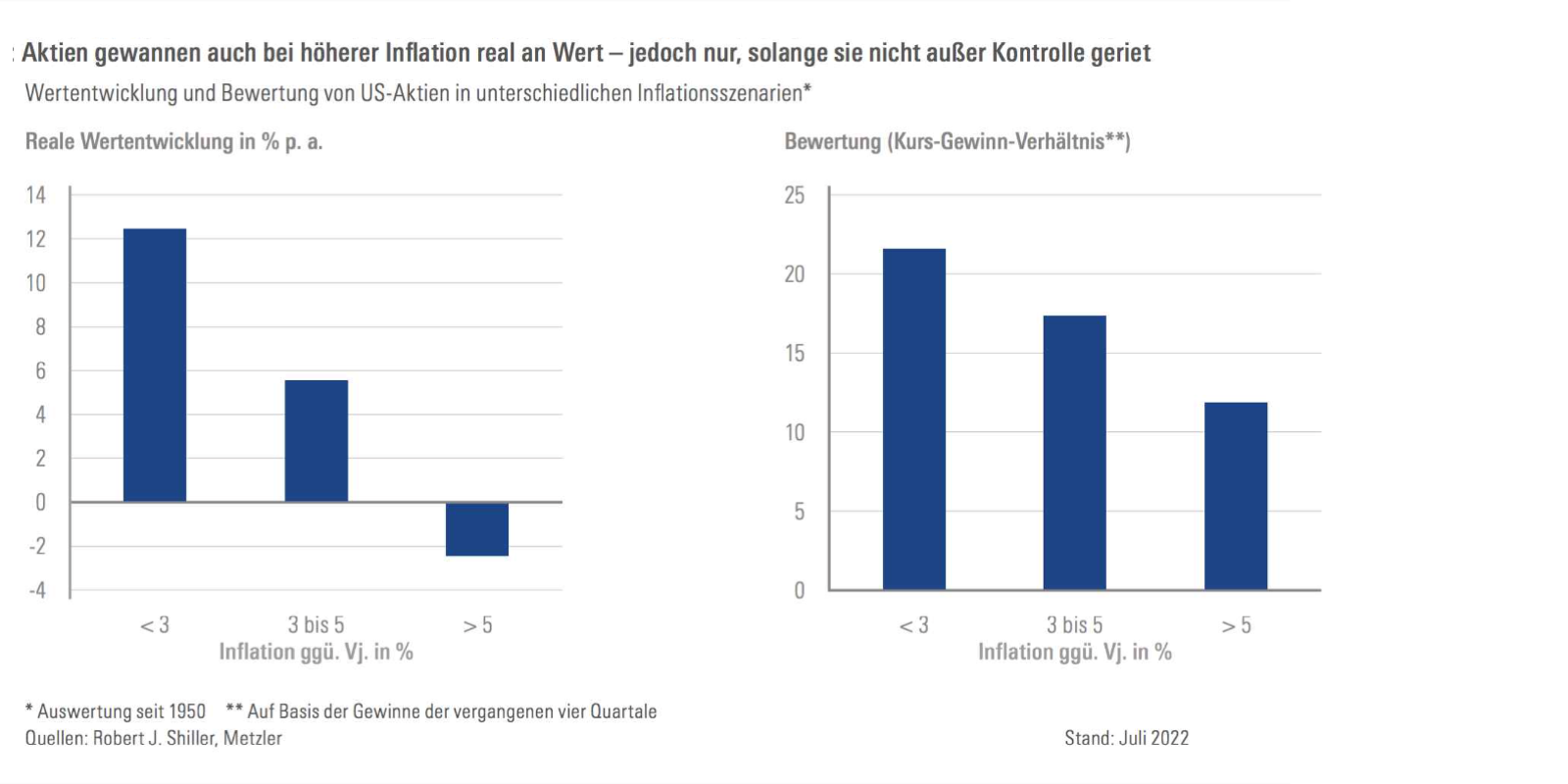 But this does not apply to all market segments or companies. Particularly expensive shares are likely to have a harder time in the future. "Equity investors must now return to the basic virtues of investing in which fundamental valuation and earnings ratios are the decisive selection criteria - instead of melodious investment stories without entrepreneurial substance."

A faster change from economic upswing to downturn in combination with numerous structural breaks will also lead to a decrease in the synchronisation between individual stocks on the stock market, he said. "This is also a new development compared to the post-financial crisis era. During this period, heterogeneity in the stock market continued to decrease and passive index-tracking investment strategies experienced a real boom. In view of the many challenges we face in the coming years (inflation, tighter monetary policy, demographics, green transformation, regionalisation), both the selection of individual stocks and active asset management will once again become more important.

When selecting stocks, Metzler Private Banking pays particular attention to high earnings and balance sheet quality. "We prefer companies with diversified supply chains and sales markets. And we invest in companies that we believe are capable of weathering economic downturns well. In addition, we favour business models with a strong competitive position and pricing power to protect profit margins in the face of persistently high inflation rates," Carolin Schulze Palstring concludes.