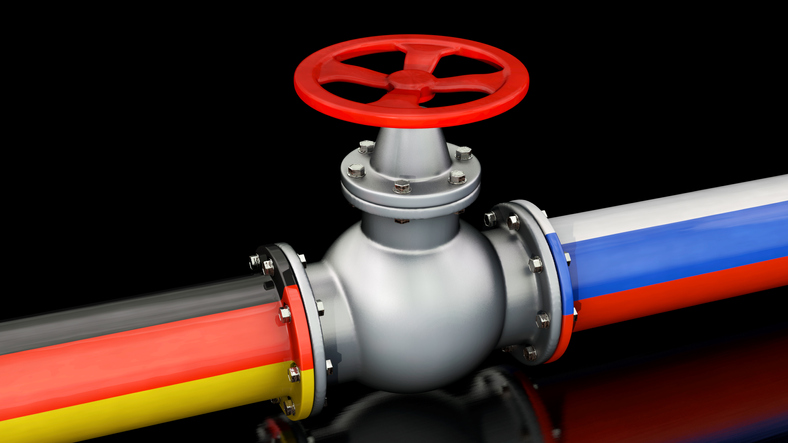 Sometime between July 21 and July 25, maintenance work on the NordStream 1 gas pipeline is expected to be completed. After that, it will come to a showdown: Will gas flow again or will Putin cut off Germany's supply of Russian gas?

To provide guidance in this difficult situation, Bhanu Baweja, Chief Strategist at UBS, discussed with his colleagues the magnitude of the gas problem and the impact on the economy and inflation. To give you, dear readers, some orientation, I would like to share a few figures from UBS research.

In earlier estimates, the experts assumed that Europe would consume 497 billion cubic meters of gas in 2022 - Germany alone 79 billion. Of that, 127 billion was expected to come from Russia (Germany normally imports 50 to 55 billion, or about two-thirds of its gas demand, from Russia).

Until the maintenance pause, Russia supplied only about half the usual amount - extrapolated on an annual basis, that would be about 65 to 70 billion cubic meters.

That alone has already left deep scars on the German energy industry. If even less or no more gas were to flow after maintenance, Germany would have a huge problem. Gas would have to be rationed.
40 percent of German gas consumption is in private households, 23 percent in the service and transport sectors. According to politicians, these sectors should be at least partially protected.
Industry would therefore be most affected - chemicals, cars, metal, glass, food processing - accounting for 37 percent of gas consumption. They would not only have to reckon with higher prices, but also with drastic volume restrictions. This would inevitably lead to production losses and a massive drop in earnings. In the second round, their suppliers would be hit. And the fact that consumer and business confidence is also likely to take a hit in this situation then naturally further exacerbates the economic downturn.

According to UBS, the European Union would inevitably slide into recession in this case. The banking experts are talking about three percentage points less growth, with most of the decline likely to take place in 2023. UBS does not give any figures for Germany, but given the country's greater dependence on Russian gas, the economic slump here is likely to be much more severe.

One figure in particular surprised me. If the current high market prices for gas were to be passed on in full by suppliers to consumers, this alone would mean an increase in the inflation rate for Germany of a further eight percentage points! What will the ECB do then? This, the UBS experts stress, is of course an extreme assumption. But it underscores how critical the situation is.

Nor does UBS share the hope that it will be able to absorb the decline in gas supplies through coal and the development of new capacities for the use of LNG (liquid natural gas). Most of the potential substitution of gas by coal has already been implemented. Very much more is not possible. And it will take until 2026 for new LNG capacity to reach 50 billion cubic meters, according to UBS. The gas market, according to the experts, will therefore remain tight for a long time to come.

The Netherlands could provide short-term relief. They actually wanted to stop production at the Groningen gas field at the end of this year due to the risk of earthquakes. If they were to continue, UBS believes that production volumes in the order of ten billion cubic meters annualized would be possible.

I myself am curious to see how far European solidarity will bear fruit in the event of a Russian gas freeze. After all, Germany and Austria would be the main countries affected - Spain and Portugal, for example, would hardly be affected at all. Will the other EU countries then share their scarce gas reserves with us - just as Germany agreed two years ago to issue joint European bonds for the 750 billion Corona reconstruction fund?

For investors, this is a tricky starting point. If gas flows again after maintenance, stock markets should recover. If it fails to do so, there is a threat of further, significant price losses.

Since we at private wealth see our primary task as preserving assets, we continue to advise a very defensive investment policy.

"The increasingly gloomy economic environment, higher short-term interest rates and rising risk premiums in the corporate bond market mean that the probability of negative turbulence continues to rise. It is now almost at the same level as at the height of the Corona crisis. In such a mixed situation, it makes sense to stay under cover," explains Secaro Managing Director Oliver Schlick, who translates the seismograph's findings into allocation proposals.

Because the economic traffic light is on red, the private wealth stock market indicator provides a corridor for the recommended equity quota between 45 and 75 percent of the individually intended equity share. And because the capital market seismograph advises maximum defensiveness, the specific equity quota suggested by the private wealth stock market indicator is only 45 percent. More than half of the capital available for equities is therefore parked in cash, waiting to be re-invested.

The prerequisite for this would be that, on the seismograph, the probability of a positively turbulent market (yellow) increases significantly at the expense of the red probability. Or that the market becomes even more favorable compared to its fair value.

How to earn it Silke Lauenstein 317
"The best is yet to come," said Wolfgang Trier a…

How to earn it Silke Lauenstein 382
In the latest issue, private wealth told the…

Editorials Klaus Meitinger, Moritz Eckes 338
Dear readers, We are actually hesitant to use…

Opinionleader Prof. Jochem Marotzke 339
What are the scientific facts around climate…

How to earn it Klaus Meitinger 555
entrepreneurship. The couple Martine and…