Is inflation coming back? 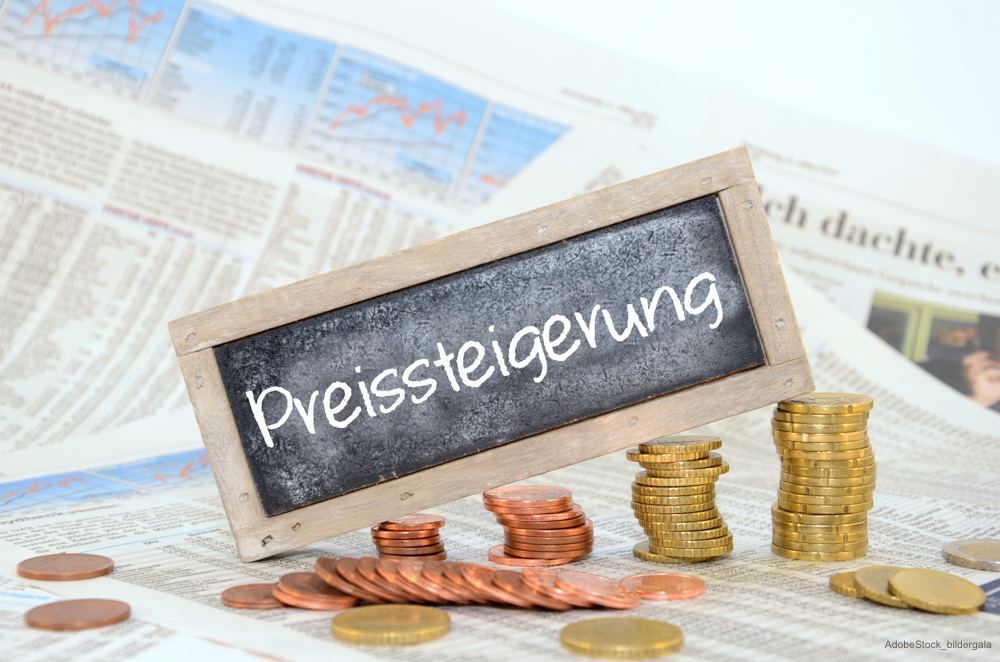 Over the past month, we have virtually visited a dozen annual outlooks from banks and asset managers. The bottom line is clear: this year, the forecasters expect a massive economic recovery. This raises the intriguing question: Will inflation rates also rise? And will this force the central banks to step on the brakes sooner than expected?

What a leap! For a long time, inflation had been declared dead. In January, the year-on-year consumer price index climbed to 1.4 percent in the eurozone and 1.6 percent in Germany. What is happening?

The experts explain it mainly by technical factors, pointing to the readjustment of the temporarily reduced VAT upwards and the introduction of a CO-2 levy.

Why this issue is so important? The dominant narrative in the capital markets is: low inflation rates, low interest rates and continued extreme support from central banks. Only then can high valuations on the equity markets be justified. If inflation rates were to rise significantly and central banks were to change their strategy, the markets would have a problem. We were therefore particularly interested to see how economists forecast inflation for the rest of the year and how they think central banks will react.

In the short term, things seem pretty clear: the inflation rate will continue to rise.

Carsten Klude, chief economist at M.M. Warburg & Co, points out that oil prices are currently about twice what they were in the spring of 2020, and that this will show up in the annual rate of change in prices by April at the latest. The ECB's inflation target - two percent - could then be exceeded. For the capital market, however, this is not an issue, Klude further assumes, since the central banks are guided by the so-called core rate of inflation. And in this calculation method, oil prices as well as food prices are excluded.

Then it becomes really exciting in the summer. "In the pandemic, suppliers were lost. At the same time, people saved a lot of money. If that much money now runs after a shrunken supply, this tends to cause prices to rise," explains Georg von Wallwitz, Eyb & Wallwitz.

The crucial question now is: Is this the beginning of a longer phase of much higher inflation rates or just a temporary increase?

The majority of economists agree: the higher inflation rates in the summer only represent a kind of hump, the world is not moving in the direction of dangerously high inflation rates. César Perez Ruiz, CIO Pictet, points to the large output gap - the gap between actual and potential output that opened up during the crisis and that now needs to be filled before price pressures emerge. And Holger Schmieding, chief economist at Berenberg, argues that households and companies will remain more cautious about consumption and investment for even longer than in the past. In addition, high unemployment rates are putting pressure on wages and prices.

On the second question, how central banks are likely to behave in the face of higher inflation rates, the economists also have a clear answer. "They will say: 'We're glad to hear that.' And they will assure that they will continue their policy and keep key interest rates low so that the upswing can continue," outlines Holger Schmieding. He adds, "If bond yields rise on the capital market anyway, the central banks will counteract that." "I think they want to run the economy hot now," says Jim Cielinski, Janus Henderson.

The bottom line is that inflation rates will rise in 2021, but central banks are likely to sell this as a policy success and even tolerate a significant overshoot of the two percent target without changing anything in their ultra-expansionary monetary policy. The US Federal Reserve has long since officially announced this. And the ECB will do likewise. "I trust the central banks," concludes Cielinski.

What is the potential for surprise? If the synchronous global economic upswing that everyone is expecting really does occur in the second half of the year for the first time in many years, inflation expectations may still be too low. And since central banks are likely to stand still even if prices rise more strongly, real interest rates - i.e. interest rates minus the inflation rate - would become more negative in 2021 than many expect today. You can read about what all this means for investing over the weekend.