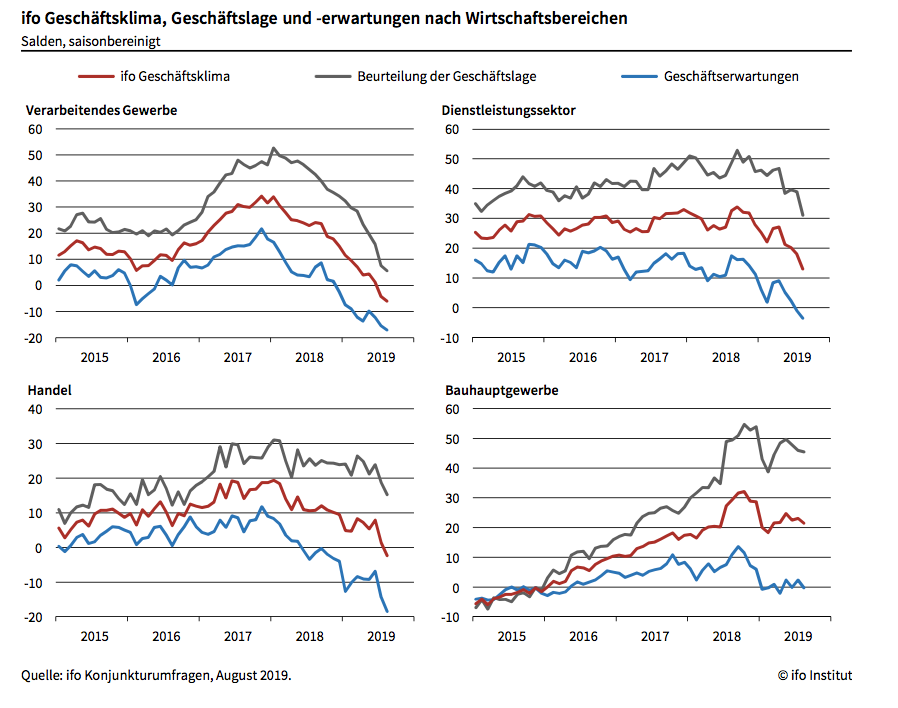 There is no doubt that German industry is already in recession. Whether this will soon also apply to the entire German economy depends on the previously stable areas of services, trade and construction. There was also a sharp slump in the services and retail sectors in August. Only the building retains its exceptional position in the zero interest era. Overall, according to the Munich economic researchers, the signs of a recession in Germany are now intensifying.

These are not good conditions for equity investments. This is because the extent to which corporate profits decline in a recession is generally underestimated. In the last three recessions - the combined earnings of all DAX companies fell by 40 to 60 percent. Currently, the biggest pessimists expect a decline of 10 percent in 2019. By 2020, profits are expected to rise again. If the economic downturn continues, this consensus expectation is completely unrealistic.

Since then, the indicator has proposed a minimum weighting of equities of 0 - 30 percent of the individually planned equity component. For our short-term positioning on the stock market, we use data from the ifo Institute as well as the results of the capital market seismograph. Since the latter issued a thunderstorm warning a few days ago, the stock weighting indicated by the stock market indicator is currently in the lower range of the bandwidth.