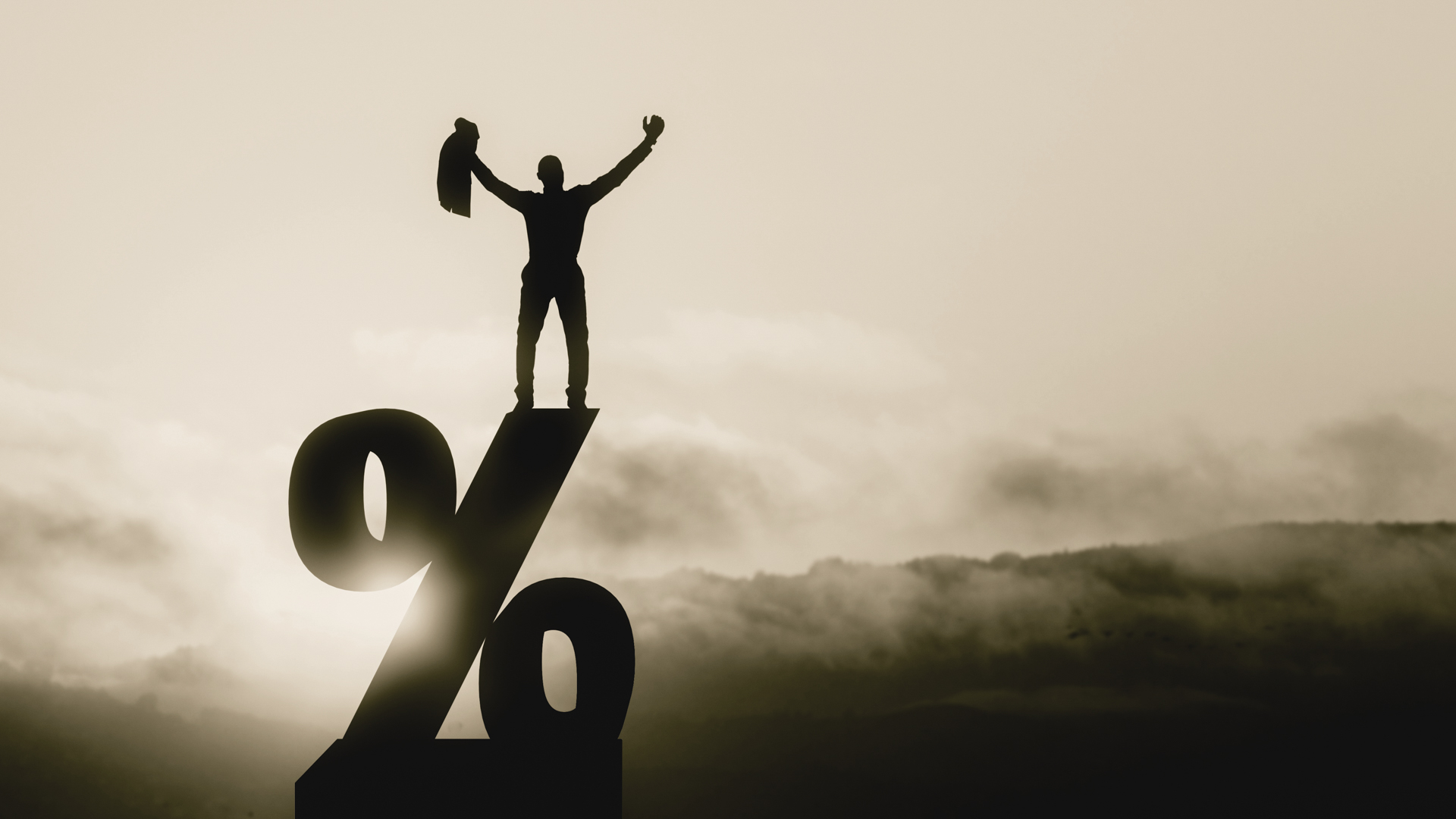 Alternative investments. Annual returns of between two and five percent with low risk seem impossible in the zero interest rate era. SPACs - Special Purpose Acquisition Companies - can, if used correctly, be one of the rare investments that can still achieve this goal.

"We've been looking for a long time for an absolute return module that really works and tried out many ideas in the process," says Oliver Leipholz, member of the Board of Managing Directors at Deutsche Oppenheim Family Office. "But the performance was mostly unsatisfactory. And in the event of a crash, many of these vehicles even delivered a deep disappointment. In 2008, I came across SPACs."

In the meantime, Leipholz has already subscribed to more than 100 SPACs and invested a mid three-digit million amount there in the past few years. "Since 2015, we have achieved an average return of six to ten percent in our FOS funds with a special, sophisticated strategy with very small fluctuations", explains Leipholz, "that is quite unusual.

A SPAC - Special Purpose Acquisition Company - is a shell company that initially collects capital from investors through its own IPO. This money must then be invested within a specified period - usually 24 months - in the takeover of a company that has not yet been identified. For this company, the SPAC thus paves the way to the stock exchange quickly and easily.

The SPAC itself is issued by a so-called sponsor, who usually has special industry know-how and can therefore be trusted to actually find an interesting company. The sponsor will then further develop this company as an anchor investor. The sponsor invests in this company himself, bears the costs of the IPO and ultimately manages the SPAC economically.

After the issue, the collected money is first transferred to an escrow account and invested in US government bonds with a short maturity. Once a takeover candidate has been found, the sponsor proposes this business combination - the takeover target is supposed to take over the shell - to its shareholders. The final decision as to whether the takeover is successful is made at a general meeting of shareholders. Each shareholder can then either agree or demand repayment of his investment including the meanwhile very low accrued interest. "So I can always pull the ripcord. In the worst case, as an investor I will get my money back plus the interest. In that case, I may have earned almost nothing, but I didn't have any risk either," explains Leipholz.

If the SPAC does not find a suitable company within the specified time, the company is also dissolved and the shareholders receive the money invested in the trust account back, including interest.

But this is not the rule. Usually, the sponsor of the SPAC is successful in the search. And then things get exciting for Oliver Leipholz. "A special feature of the SPAC is that not one share is issued, but a so-called unit. It contains the actual share and an option right to purchase the share at a higher price. This price is added free of charge as an incentive to buy in order to make subscribing to the SPAC more attractive," explains the professional. After a few days, the unit can be separated into share and warrant. Whoever then sells the warrant has often already made a small profit.

Until the annual general meeting, the share itself is usually quoted close to its intrinsic value. This corresponds to the amount of the paid-in capital - usually ten dollars per share. After all, the investor can demand repayment at this price plus interest at the general meeting. "And because the capital is parked in US government bonds with a short maturity, the risk is actually low. European investors, however, must be aware of the dollar risk and possibly hedge it," explains Leipholz.

Today, SPACs are a firmly established part of the new issue business in the US and now account for almost 40 percent of all IPOs. They have recently undergone an almost breathtaking development. "In 2015, there were still 20 issues that raised four billion dollars. By the end of October 2020, it was already 15 times that amount - 59 billion, spread over 160 issues. A further 75 SPACs are being prepared for the IPO and are scheduled to go public this year," Leipholz informs.

This success is also due to the fact that some really spectacular IPOs have been achieved in this way in recent months. For example, the shares of the space company Virgin Galactic climbed from ten to 43 dollars at the peak. And the IPO of the controversial fuel cell start-up Nikola catapulted the price of the associated SPAC from ten to 86 dollars. The fact that both shares suffered massive price losses afterwards and Nikola even came under the scrutiny of the stock exchange supervisory authority on suspicion of false information shows the dark side of this investment strategy. The risk is high, a lot of speculative capital is on the move there, and the shortcut brings companies to the stock exchange at a time when they should rather be a target for venture financiers.

The longer-term statistics confirm those who are sceptical about SPACs. Of all IPOs via SPAC, more than 50 percent are quoted below the issue price of ten US dollars. "However, this is not SPAC-specific, but is in principle typical for the new issue market. Most of these young companies are making losses and have high cash requirements. And some just go bankrupt," Leipholz shrugs his shoulders and continues: "But - and this is my most important point - this risk plays no role at all in our strategy.

The banker explicitly does not invest in the SPAC in order to get shares in young, exciting companies through detours. "We subscribe to the SPAC at the very beginning. At the moment the Business Combination is announced, we are already considering how we will gradually resell. By the time most investors get going, we'll be out of business."

How does that work exactly? "Between the announcement of the Business Combination and the AGM, we can already see the market reaction. You can see from the price trend whether it is a good business combination. If it is, the share price usually goes up a few percent. If the deal goes down very well, we sometimes keep the option rights and only sell the share. If we are not completely convinced, we sell both securities. But we almost always take our stake - the ten dollars - off the table. And if the target doesn't go down well, we can go to the shareholders' meeting and demand our money back.

No risk, just fun - what's the catch? "First of all, it's a lot of work to run a SPAC account," explains Leipholz. Because a unit is issued, the investor has to arrange the split into share and warrant via his issuing bank. And he must decide at the annual general meeting whether he wants to stay in the company or demand his money back.

But the greatest difficulty is to get hold of the units when the SPAC is IPOed. "This is the downside of the current boom around the SPACs. In this hot market, usually only institutional investors, funds or family offices have a chance of getting an allocation. Those who try to subscribe with a classic private client portfolio do not have good cards", the expert informs.

A realistic alternative for private investors is therefore to buy SPAC shares in the period after the issue. "However, it is important to look carefully. In the case of the issues of a few prominent sponsors, from whom investors have high hopes, the price rises equally sharply. In these cases I would be cautious," advises Leipholz.

It would be acceptable to pay 10.10 or a maximum of 10.20 dollars on the stock exchange for the unit, if the sponsoring team has been successful in the past. "Then the probability is high that they have already analyzed the market and selected a few attractive buy candidates. The charm for investors is then no longer quite so great because they are one or two percentage points at risk. but the risk/reward profile is still compelling.

Sometimes patience helps. If no business combination is announced for months, one or the other subscriber tires from the first hour or simply needs liquidity. "Then it is often possible to buy back at ten dollars." And so the current boom in SPACs has a positive aspect for Oliver Leipholz in the end. "Although it is harder for us to get hold of the pieces, we have more choice and can diversify even more", explains the professional and concludes: "Building up a portfolio that yields on average over five percent at very low risk and also offers the chance of catching one or the other future stock market star is already SPACtakular" ®

The vehicle of a SPAC opens up interesting perspectives for the initiator, the sponsor, as well as the acquired company:

Chance: The sponsor receives free shares, so-called sponsor shares. As a rule, these are issued with the approval of the Annual General Meeting. Sometimes this is also linked to the achievement of certain share price targets or operational targets in the company. Since sponsor shares can account for up to 20 percent of the equity portion of the issue, this is a lucrative business for the sponsor. "Investors should always make sure that their dilution by the sponsor shares does not become too great," advises Oliver Leipholz.

Risk: The sponsor bears the costs of his own IPO and the search for a company. If the general meeting does not vote for his business combination, he will be left with these costs.

Opportunity: IPOs are time-consuming and expensive, documents have to be prepared, supervisory authorities give their okay. That takes time. The abbreviation via a SPAC saves the company time and usually also money, as the SPAC is already listed on the stock exchange. Moreover, in this volatile market environment, many companies are afraid that the IPO may not take place at all or only at lower prices. Working with a SPAC gives the company more planning security. And is often more attractive for the founders than selling to a private equity company. After all, the company wants to cash in after five years - the SPAC sponsor, on the other hand, often has a long-term interest.

Risk: With a traditional IPO, the company may be able to achieve a higher price in a favourable stock market environment because it does not have to negotiate with a single well-informed counterparty - the SPAC sponsor.

How to earn it Klaus Meitinger 473
entrepreneurship. The couple Martine and…