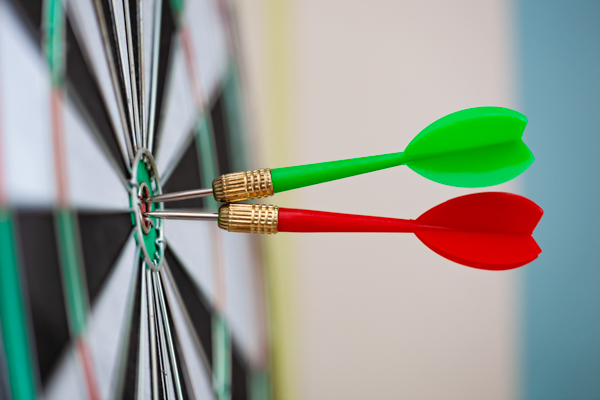 Microfinance. Microcredits give people in poorer countries the chance to build something up to secure their livelihood in the long term. "At the same time, microfinance offers investors ongoing interest income and a positive diversification effect at portfolio level," says Daniel Kerbach, CIO of Merck Finck Privatbankiers. This makes this asset class attractive in two respects.

Angélica lives with her three children and her mother in El Salvador's capital San Salvador. With a microloan of 200 dollars she first bought the necessary materials to make jewellery. She sold it to tourists and locals. Nach for around six months, it was able to repay the initial loan in full.

"In countries like El Salvador, $200 is a lot of money," says Kerbach. "This can be enough to make a living and earn the livelihood of an entire family in the long term."

The idea of granting such microloans goes back to Muhammad Yunus, a professor of economics and Nobel Peace Prize winner. In the 1970s, he found out that people in his home country of Bangladesh often lacked a few cents to open a business from which they could make a living. At first, it is said, he gave the people the missing capital out of their own pockets. Ein A few years later he founded the Grameen Bank, the first microfinance institution to professionally grant such loans.

Today, according to World Bank estimates, there are around 10000 such microfinance institutions worldwide. Insgesamt, they have now granted around 124 billion dollars in loans. And the demand for micro-credit and financial services is still enormous. Finally, according to the World Bank, 1.7 billion people in emerging and developing countries have no access to banking or insurance services. Around 500 million small entrepreneurs have a concrete need for loans, savings accounts or microinsurance.

"The alternative for people like Angélica are usually local money lenders, but some of them charge extremely high interest rates of up to 100 percent per year," explains Kerbach. In this respect, microfinance loans represent a very good opportunity, perhaps even the only chance, to be successful as a small entrepreneur.

In order for microfinance institutions to be able to grant microloans, however, on the other hand donors are also needed. These are, for example, investors in industrialised countries. "For them," says Kerbach, "an investment in microfinance can have a very special charm."

Basically this investment idea works like this: Investors buy shares in a microfinance fund. These funds usually provide the collected capital in the form of short-term loans to microfinance institutions in emerging and developing countries.

It is crucial that the fund managers put the institutions through their paces with the help of external analysts, as fraud cases have occurred here in the past. The employees of the institutions in turn then grant loans to individuals. Meist these are women, but often also collectives, whereby the individual borrowers mutually guarantee each other. "In this way, the failure rates are reduced," Kerbach makes clear. That actually seems to work: In the past, default risks were very low, with repayment rates of 96 to 98 per cent.

The investors themselves benefit from a current return on their investment. At present this is one to two percent annually. Interestingly, the interest paid by the micro-borrower is two to three percent per month, well above this figure.

"For local conditions, however, this is still not much," informs Kerbach. After all, the general interest rate level in many emerging and developing countries is significantly above the level in the industrial nations due to higher inflation. And for these borrowers, the microfinance institution is the only serious alternative to the "loan shark".

The fact that not all of it can arrive beim Investor has above all zwei Gründe. "Firstly, the distribution costs of microfinance institutions are quite high, as their customers often live in remote areas. Und secondly, the costs of currency hedging must be taken into account, as loans are usually granted in US dollars".

However, the microfinance asset class is becoming particularly interesting for other reasons. "Many investors are looking for an investment whose prices remain stable regardless of the current stock market situation," explains Kerbach, "and this is exactly what distinguishes the microfinance asset class". The expert justifies this with the fact that the loans held in the fund are not listed on the market and are therefore - similar to open-ended real estate funds - not subject to daily price fluctuations. "An investment in microcredit can therefore help to increase diversification in the portfolio context and reduce volatility at the same time".

"Although we see risks less at fund level, we do see them at microfinance institutions and in the countries themselves," the expert continues. In addition to the possibility of fraud by a microfinance institution, which cannot be completely ruled out even by thorough due diligence, natural disasters or political unrest in particular can affect micro-enterprises and ultimately have a negative impact on repayment.

"For this reason, it is very important to ensure that a microfinance fund also invests in a broad range of microfinance institutions in different regions," continues Kerbach, "and not just in one or two countries.

And there is another special feature that investors must keep in mind. Microfinance funds can be closed temporarily if too many investors want to sell their shares at the same time. "So anyone investing there should not do so with the capital they need in the short term," says Kerbach. For this reason, fund units are generally only traded on a monthly basis and, in the case of returns, sometimes only on a quarterly basis.

But at the end of the day this plant is not only about the financial profit. "But above all to give people like Angélica the chance to escape the vicious circle of poverty", explains Kerbach and concludes: "If a competitive return is achieved due to the current interest rate environment, that is of course particularly nice. I like this double return very much." ®