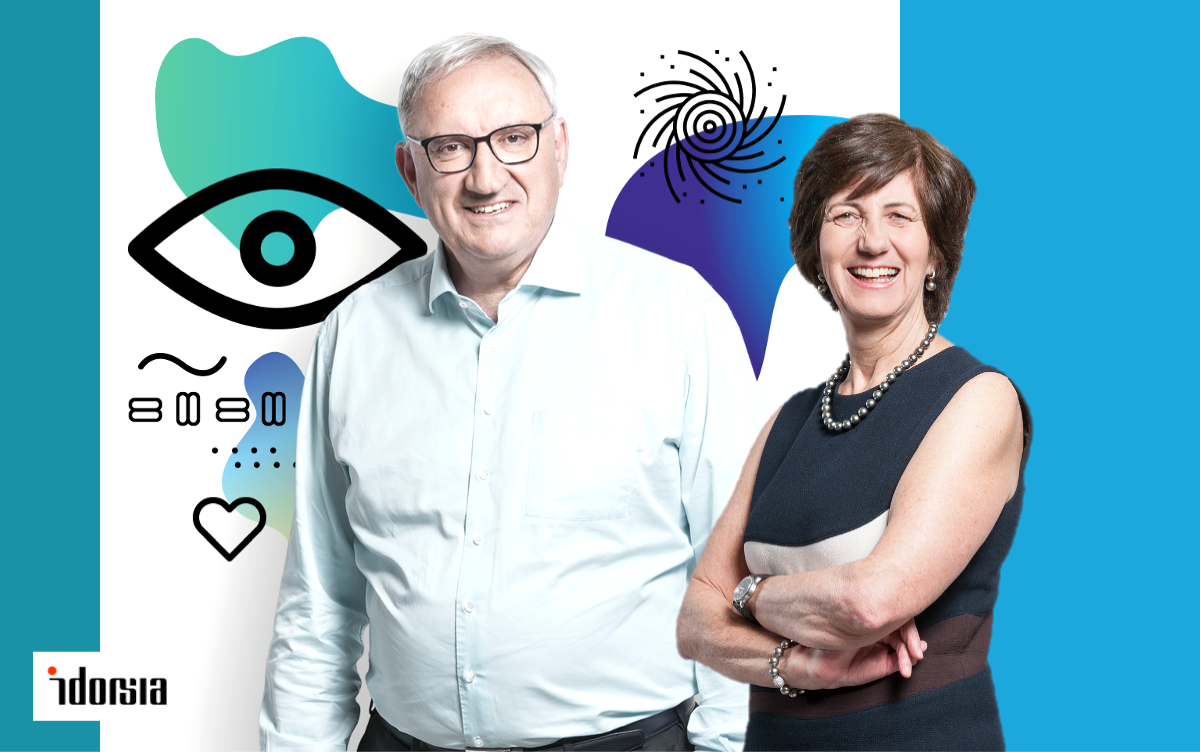 In the cover story of the latest issue of private wealth, we introduced you to the entrepreneurial couple Martine and Jean-Paul Clozel. They are founders and major shareholders of the Swiss biopharma company Idorsia. Jean-Paul directs the company's business as CEO, while Martine heads up research as Chief Scientific Officer.
The goal of the two is to build Idorsia into a leading biopharmaceutical company with a strong scientific core, "We want to discover things that others haven't discovered. We want to see how the projects we've started turn out. And we want to commercialize them ourselves." (link to article)

A first milestone on this path has now been reached.

Patients suffering from insomnia have three problems: they don't fall asleep, they don't sleep through the night, and they wake up too early. Those who don't get enough sleep don't perform well during the day. "Research shows that a certain substance prevents sleep," Martine Clozel told private wealth, "so the first thing was to find a molecule that suppressed its activity. It had to act fast enough to allow the patient to fall asleep quickly. The duration of action had to be long enough for the patient to sleep through a whole night. But above all, it had to be short enough to avoid hangover symptoms the next morning. This was an optimization task. We manipulated the molecular structure until it worked."

Apparently, QUVIVIQ - as the drug with the active ingredient is supposed to be called - actually enables people to fall asleep better and sleep through the night better. So overall sleep duration is increased.
Now the commercial launch in the USA is imminent. In the coming months, QUVIVIQ will also be reviewed by other health authorities (Canada, Europe, Switzerland). The documents have already been submitted.

The next step will be the approval of clazosentan, a drug for sudden spasmodic vasoconstriction. It is currently being reviewed by the Japanese authority. The problem often surfaces three to four days after successful surgery for a brain hemorrhage. "Patients can then die or parts of their brain lose function. So far, there is no drug against this. Clazosentan has been proven to prevent this spasm. That is unique," Martine Clozel explained.

Jean-Paul Clozel said, "This is the beginning of a transformative year for Idorsia. We want to launch two products in the two largest pharmaceutical markets at the same time. This will transform Idorsia into a full-fledged biopharmaceutical company and put sustainable profitability within reach."

On Wednesday, Feb. 12, 2021 at 16:30 Central European Time (CET), Jean-Pau Clozel will explain the preparations for the launch of the two products and outline Idorsia's future growth path at the J.P.Morgan Healthcare Conference. You can access the audio stream via the following link:
https://jpmorgan.metameetings.net/events/healthcare22/sessions/40109-idorsia-pharmaceuticals/webcast?gpu_only=true&kiosk=true link

Note: Despite careful selection of sources, no liability can be assumed for the accuracy of the content. The information provided in private wealth is for information purposes only and does not constitute an invitation to buy or sell securities.