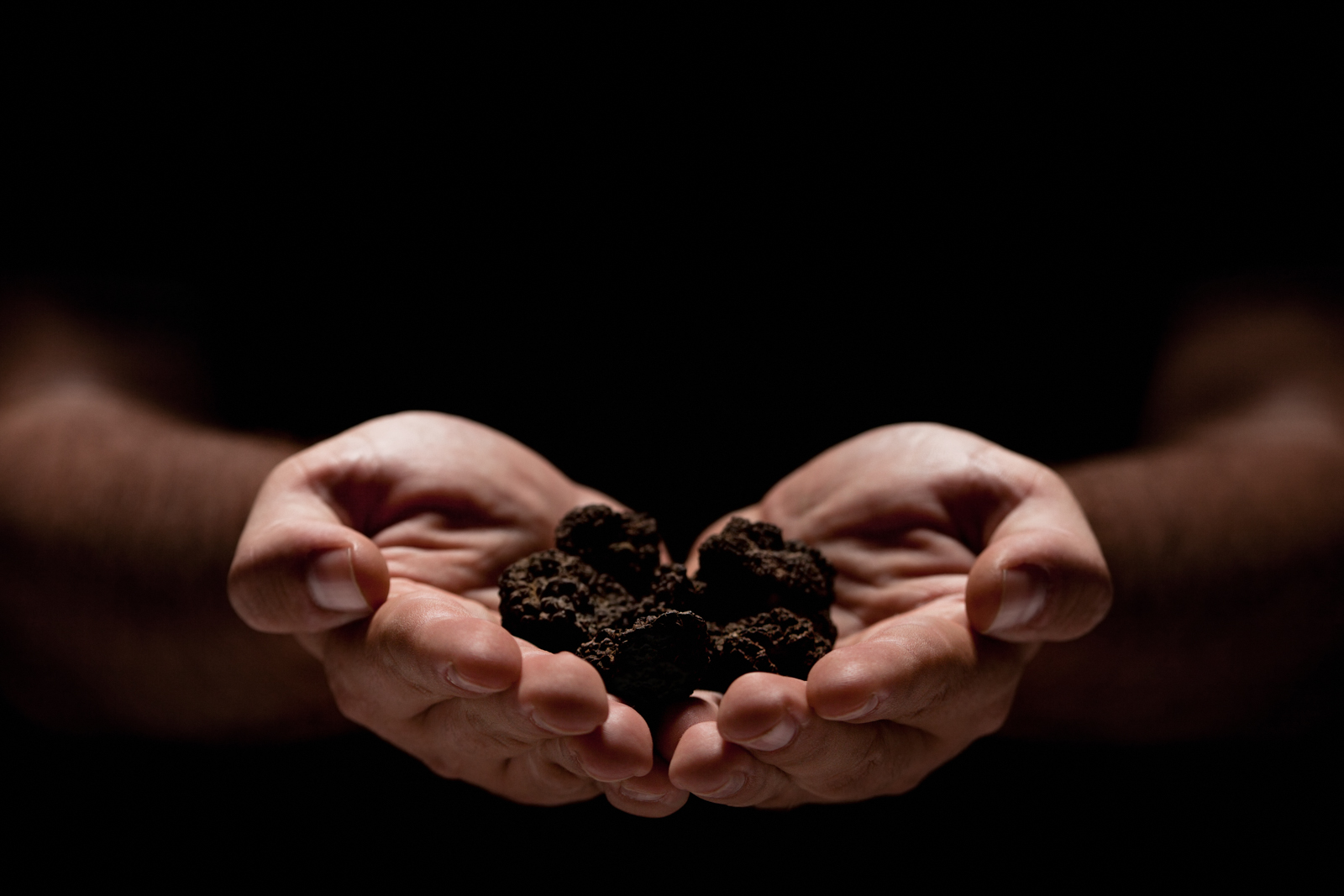 Real estate. Prices on the real estate market have been rising massively for the past five years. As a result, yields - so-called cap rates - have fallen in many areas to levels that hardly cover financing and maintenance costs. Is it worth thinking about real estate investments at all now? Klaus Trescher, Kriton Immobilien, says: "Yes - but you have to find the rare occasions."

When a first-class office building is up for sale in der Münchner Maximilianstraße, the buyer pays 50 times the annual net rent. After deduction of financing and administration costs as well as maintenance costs, investors probably have no choice but to take advantage of the two percent yield. The mere hope of a further rise in prices justifies the purchase.

"We don't see any point in scrambling for fully rented, as good as new existing properties. Even in today's very low relationship between yield and purchase price, numerous bidders are regularly wrangling over prices," says Klaus Trescher, partner of real estate asset manager Kriton and successful in the industry for around 40 years: "Here we are simply afraid of buying too expensive.

For five years now, real estate prices in Germany's major cities have been climbing at a rate not seen since the 1970s. The liquidity avalanche triggered by the central banks worldwide pushed into tangible assets worldwide. In addition, the major cities benefited from vom Megatrend Urbanization. And last but not least, the number of wealthy households looking for seemingly safe investments in the most attractive locations rose considerably.

"In the meantime, however, the air is becoming increasingly thin," says Trescher. This explosive mix of three factors has resulted in property prices in many regions being completely decoupled from factors such as income development or rents. Munich, for example, now ranks second in UBS's global real estate bubble index. Just behind Hong Kong and far before London,  Paris, Stockholm or San Francisco. Is this bubble about to burst?

"I don't dare to forecast this," macht Trescher clearly, but then it reminds us that in the past the property has always had and should have a yield gap of around 250 basis points to the ten-year first-class government bond because of its immobility and the higher earnings risk. To meet this criterion, a net return of three percent would be required today.

"With interest rates tending to rise, there are therefore signs that prices will not continue to rise, at least for the time being," Trescher suspects. Investors who are still interested in real estate today in order to diversify their portfolio are in a difficult position. Where else are there objects that can withstand a reasonable economic analysis?

"As we continue to believe in real estate, we have been dealing with buildings for years that enable us to raise hidden reserves in them through intensive work", erläutert Trescher.

However, these are not showpieces like real estate on Maximilianstrasse. Instead, Trescher and his colleagues are looking for properties that will make work recognizable. "They must, for example, be brought to a competitive structural level. Often considerable vacancies have to be filled again. Oder it applies to develop strategies, in order to avoid threatening empty conditions in foreseeable time ?, erklärt Trescher and supplements: Ideally the salesman has neither the personnel nor the experience and expertise, in order to deal with such serious changes. And often there is also a lack of capital."

Kriton can master these challenges together with entrepreneurial real estate investors. Diese are experienced enough to comprehend the budgets for the measures described above: "And they know the achievable rental rates or prices in the respective location just as we do".

As a rule, the business plan provides for the resale of the property, which has been brought up to modern standards and made competitive again, in fully let condition at the market price after three to five years. "The investors are therefore commercially and operationally active. These investments - or 'club deals', if we are jointly commissioned by several investors - usually have a maximum value of 20 million euros, including all renovation, construction or letting expenses, and are financed with borrowed funds at around 60 Prozent".

The potential of the property must be so great that investors can expect a return on the tied equity capital after the sale (IRR) from beyond zwölf Prozent "Only then can we be sure that manageable increases in interest rates or rising cap rates - i.e. the net yield without acquisition costs - will not jeopardize our business plan of renovation, repositioning, conversion, new letting or expansion and that even then we will still have a sufficient profit.

That sounds logical. But can such properties still be found in an environment where the flood of liquidity has lifted all the boats? "In fact, we are not the only ones focusing today on this sector of real estate investments called 'value add to opportunistic' because the acquisition of 'finished' portfolio properties in the overheated market seems too expensive and therefore too risky.

He himself and his suppliers - Trescher calls them "our truffle hunters" - would therefore no longer be welcomed with open arms, as they were a few years ago, because no one else would come. "But at least we still get one project a day to check on the table."

Firstly, in the portfolios of large institutional portfolio holders. "They often don't have the staff to deal with objects that require labor-intensive repositioning."

Secondly, with closed-end funds that have soon reached their time horizon and are therefore now to be liquidated. "In these cases, the short remaining lease terms often frighten investors. Das then often depresses the price."

Thirdly, in the case of existing tenants whose main tenants will move out in the foreseeable future and whose vacated areas can only be leased again after conversion and renovation. "The owners cannot or will not pay the associated financial expense."

Fourthly, truffles can be found in the form of buildings that were no longer necessary and were formerly necessary for the operation of a company.

Fifthly, in projects which a capable but undercapitalised initiator can only realise in a joint venture with like-minded investors.

And sixth, sometimes the ownership structure also plays into the hands of truffle seekers. "It often happens that properties are in the possession of a majority of persons or family or a closed fund, where no decision is made on the financing of the investment measures that cannot be postponed in order to secure the future of the property.

Wouldn't a possible cooling of the real estate market with slightly rising interest rates also make sein Geschäft more difficult? "Not necessarily, because an attractive cost price is more important than particularly favourable financing if there are noticeably large hidden reserves in the project".

Of course, this investment approach is more laborious than investing an already collected investment capital in glittering portfolio properties - so-called core properties - at low yields. "But we feel more comfortable and better equipped for 'worse weather'." After all, even with a new and fully let core property, the leases would have a remaining term and would then be due for renewal - perhaps even in a weaker phase. "Work will also be needed here. In our value-add projects, we prefer to carry these out right now in order to conclude contracts with the longest possible term in the current good market conditions." ®

A tired, greyish and unmaintained existing office building in an established office location in Düsseldorf with 19,000 m² of office space and 200 underground parking spaces was in existence. The large canteen was not used, the lobby was unkindly designed, 40 percent der Flächen stood empty. Because some of the property was still in the same condition as it was 20 years ago, all remaining tenants were dissatisfied.

The property was in the portfolio of a foreign fund that neither had the personnel for a professional asset management nor wanted to spend seven million euros to make the property competitive again.

The surroundings were quite attractive - office buildings, hotels, good transport connections, ten minutes to the city centre. "We were sure this was an underrated object," erzählt Klaus Trescher. "Over a period of 2.5 years, we have eliminated all the above deficits. The façade and lobby were redesigned, all existing leases were extended and the renovated vacant space was completely re-let at market rents. We were able to offer the institutional buyer of the revitalized and now stately office building we found an attractive price per square meter compared to a new building. He was thus in a position to realize a return on purchase price of almost six percent - also more than would have been possible with a new building".

The investor club's salary for the work done and the renovation costs and letting risk incurred was well over 20 per cent IRR net of profit sharing for Kriton. The risk was manageable. "With an occupancy rate of 60 percent at the time of our acquisition, the inventory cash flow significantly exceeded our borrowing costs due to the favourable cost price," smiles Klaus Trescher.

Kriton Immobilien GmbH is an independent and partner-managed investment and asset manager in the real estate sector. As a full-service partner, the company supports investors in all aspects of real estate capital investment, mainly in the risk classes Core/Core Plus to Value Add.

"We advise both institutional clients and wealthy private investors", explain the managing directors Andreas Hauff and Klaus Trescher. Investment and asset management comprises individual properties and real estate portfolios. "Our strength lies in developing a tailor-made and individual investment strategy for each investor."

This is a logical consequence of our excellent network in the German real estate market", sagt Trescher and adds: "However, we also pursue attractive investment opportunities in other European countries through our own local teams or reliable local partners. Since 2014, for example, we have implemented residential construction and renovation projects in and around Palma de Mallorca with a volume of over 100 million euros."

Since the founding of Kriton Immobilien GmbH in 2007, the company has managed assets with a volume of around 900 million euros. "Particularly in the area of Value Add, we were able to implement projects particularly successfully - above the original targets - thanks to active asset management," Andreas Hauff points out.