The future of money 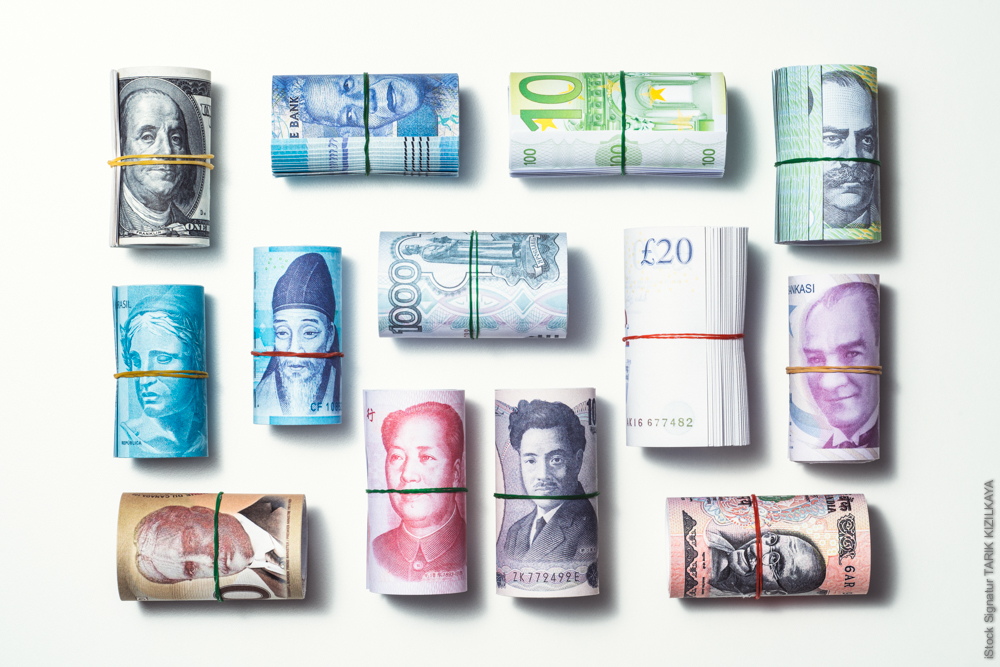 Time and again, wealthy people ask themselves the question about the long-term stability of our monetary system. After all, the euro, dollar, franc and yen are all so-called FIAT money - artificially created means of payment with no value of their own, supported solely by trust in the issuing state. In his article "The end of fiat money" from DB Research's Concept 2030 study, Jim Reid has reflected on our fiat money system and comes to some disturbing conclusions.

Jim Reid, DB Research, considers that a fiat money system is inherently unstable because it is susceptible to high inflation. For it is always too tempting for political decision-makers to create unlimited new money in a monetary system based solely on trust.

This is exactly what has happened in the large fiat money systems in recent decades. Since 2000, global debt has risen from 229 percent of national product to 319 percent. National debt currently stands at 66 trillion dollars or 80 percent of global economic output. In the mid-1970s, the figure was still 20 to 30 percent. This was supported by an increasingly expansionary monetary policy. No matter when a crisis or recession occurred, the central banks were always on hand and ultimately always fought it by creating money and lowering key interest rates. Instead of allowing a mechanism of creative destruction, Reid writes, central banks and governments have fought weak demand in the economy with higher debt. After the financial crisis, this situation became increasingly acute thanks to creative monetary policy, quantitative easing, i.e. the purchase of government bonds by central banks.

The big question now is: why has the inflation rate not risen dramatically as a result? Jim Reid has a simple answer for that. It was not the ingenious management skills of the central banks that were decisive. It is an interaction of various external factors. This is because at the end of the 1970s there were considerable demographic and geopolitical changes. The most important one was the sudden participation of China in the global economy. This is how the global workforce doubled. In addition, there were the baby boomers in the developed countries and the beginning of globalisation and deregulation.

On balance, this was not only an excellent environment for dynamic economic growth. The massive increase in the working-age population, which continued into the past decade, created permanent pressure on wages, prices and thus also on the inflation rate. This had an important side effect: because real wages in the developed countries stagnated, the share of labor income in global gross domestic product (GDP) continued to decline in favor of capital income. The tendency towards relaxed monetary policy did indeed lead to inflation - but not in terms of wages or goods prices, but in terms of assets. The winners were capital owners - inequality in society increased. A random set of global forces, writes Reid, has kept the FIAT monetary system alive.

But this could soon be over. Because today the analyst sees a new turning point in the global labour market. The global workforce is stagnating and is expected to decline in the next ten years for the first time in the post-war period. Although the decline in labour potential will be very slow, Reid says, it will have an impact on labour costs. Even today, for example, we can see that wages in China have risen significantly.

The increasing turning away from globalization and the rise of populism are two other important innovations. Populist governments are increasingly turning their attention to the interests of workers, especially those on low incomes. Accordingly, not only wage costs but also government spending will tend to rise.

First of all, of course, it is good news if the drifting apart of capital and labour is stopped and partially reversed. After all, it means more prosperity for everyone, more consumption, perhaps more growth. The problem is the already record high level of debt in the world. What if, in the face of higher wages and higher credit-financed government spending, inflation rates do rise. The central banks would then actually have to react with interest rate hikes. But they can't, Reid says. In his view, the only way to prevent this ever-increasing debt from turning into a crisis is to keep nominal government bond yields below the level of nominal economic growth. And because the market tends to demand higher bond yields in an environment of higher inflation, they are condemned to buy more and more government bonds in order to keep their prices high and yields low.

Reid therefore assumes that governments will work to change the mandates of central banks - why should the inflation target be two percent and not three or four - or to curtail their independence. First tendencies in this direction are indeed already perceptible everywhere. Reid's conclusion: Central banks will continue to buy bonds and, in case of doubt, allow higher inflation.

What does all this mean for the fiat money system, which is based on trust? Overall, Jim Reid expects to see higher inflation, very loose financing conditions and higher wages in this decade. To the extent that inflation is once again becoming a part of our everyday reality and it is becoming clear that central banks are tolerating this, he believes that doubts will arise about the sustainability and value of fiat currencies. Trust in paper money threatens to erode. The consequence could be a significantly increased demand for an alternative, better money. The expert is also unable to say what this will then look like. But he suspects that gold or a crypto currency will then play a role. It therefore already makes sense to add it to the portfolio today.