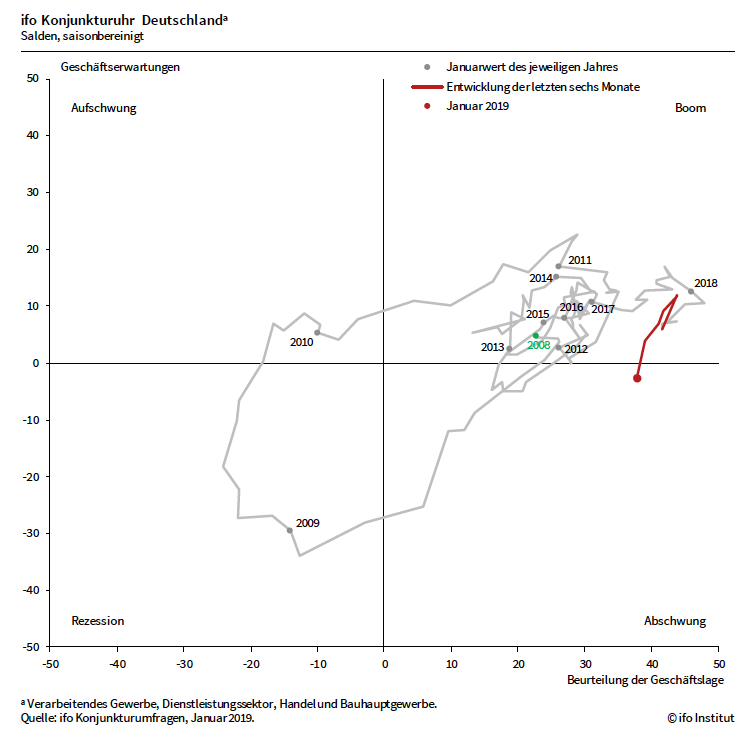 This assessment is supported by the ifo business clock and the ifo traffic light (graphics). According to the economic clock, the German economy is in a downturn again for the first time since 2012. And the red traffic light indicates further contraction.

A clever member of our network once said: "Every recession begins with a downturn".

A look into the past shows what effects this could have. In each of the last three recessions - 1993, 2001/2002 and 2008/2009 - the earnings of DAX companies fell by around 50 percent. That doesn't have to happen again. But as long as business expectations do not improve, we must assume that the economy will continue to deteriorate.

For the short-term positioning within this corridor we use the results of the capital market seismograph. As the latter estimates the probability of a bear market to be very high and even suggests a zero equity quota, the private-wealth stock market indicator remains on the sidelines.