In the middle of a boom. 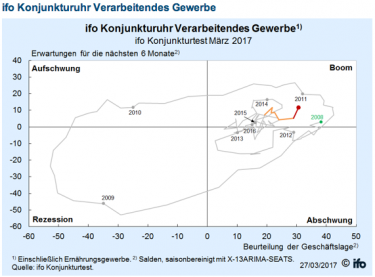 The mood in German companies is getting better and better. The ifo business climate for industry has now reached its highest level since July 2011. Expectations for the coming six months are even more optimistic than in February. And export expectations are also increasing. All in all, as the graphs attached show, the German economy is

in the middle of a veritable economic boom. This is underlined by the ifo traffic light. The signal is clearly green. 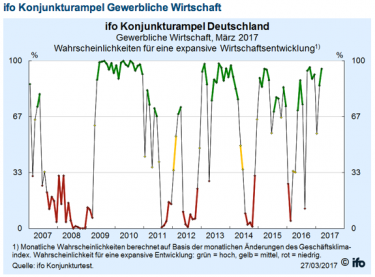 For investors in equities - at least as far as the economy is concerned - there is currently no cloud in the sky to be seen. Only the valuation of shares is already quite ambitious and cautions caution. In the meantime, for example, the DAX is already clearly above 130 percent of its fair value. Therefore, the model also "only" proposes a share quota of 60 percent of the proportion of shares that the respective investor considers to be appropriate in the long term.

Our conclusion: As long as the economy does not deteriorate or the stock market does not rise again significantly, the positive basic orientation will remain. It's not the time yet to take profits.