The economist with a mission. 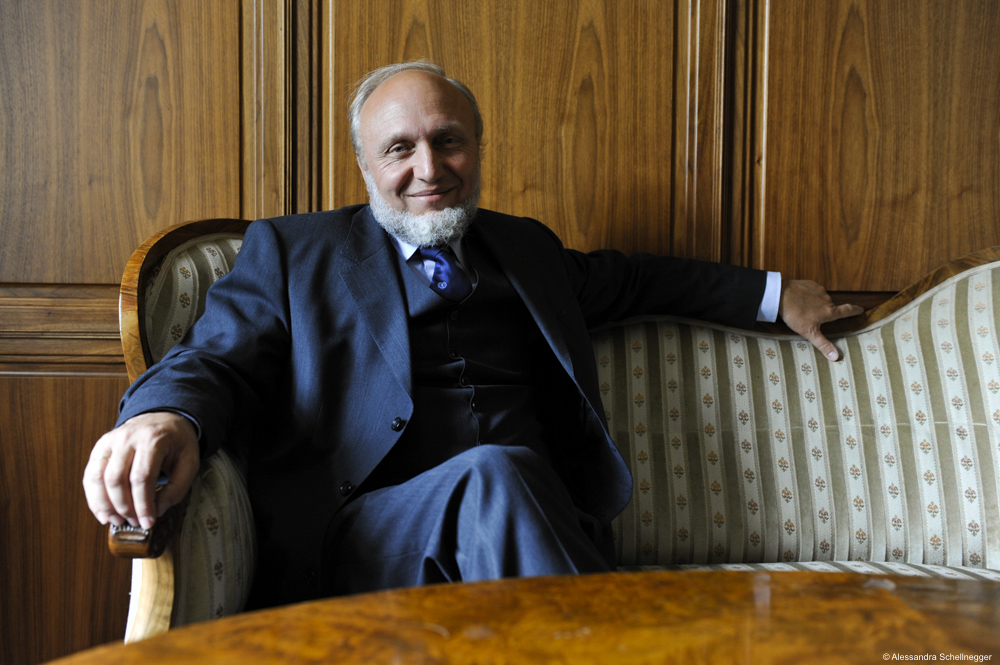 Appreciation. Hans-Werner Sinn's terms of office as President of the ifo Institute and Professor at the LMU Munich will end on 31 March. Eine of the most influential voices of science in the economic policy debate is leaving the big stage.

"I want to bring rationality into the public debate," is how Hans-Werner Sinn describes his motivation. His arguments are like genes in the public discourse, which spread inexorably once they have been presented.

When Sinn took office as president of the ifo Institute on 1 February 1999, it was in a serious crisis. There is a threat of loss of public grants. "My colleague, Meinhard Knoche, and I had to partially process it."

Although this is a difficult situation for the economics professor, who has been doing theoretical research for 25 years, it is also the chance of a lifetime. To avert the worst, Knoche and Sinn develop a new concept. Internationalisation, networking of research, but above all stronger political orientation - ifo stands for "information and research". Hans Werner Sinn may, can, no, must now even make public opinion. While the ivory tower of science is searching for time- and space-less valid truths, it takes on current problems, analyzes them with the laws of economics and develops proposals for solutions on this basis. Ziel: to bring political reality closer to economic logic.

Usually, cooperation between politics and economics works through the orders of ministries. They often end up in the lowest drawer - the Council of Economic Experts can tell you a thing or two about it. Political decisions, meint Sinn, generally followed the spontaneous sense of justice of the population and overlooked or suppressed the economic consequences. For economists, on the other hand, only the laws of economic logic count. If taxpayers learn early on that politics ignores them and that this will be expensive for them, they will put pressure on them at some point - and politicians will have to react.

The perseverance with which Sinn represents his opinion over the years is admirable in itself. Even more remarkable is how he is able to describe complex interrelationships in a way that can be understood by all. The fact that a book on target balances - a subject previously known only to a handful of academics - is included on the bestseller list of business books is a journalistic miracle;

What has Hans-Werner Sinn achieved? Today the ifo is once again undisputedly one of the leading European economic research institutes. Cooperation with the university on a common platform has spurred on research. But has the professor also fulfilled his political mission?

Sinn certainly had a decisive influence on Gerhard Schröder's reform agenda for 2010. Er should once have said that Hartz IV should actually be called ifo IV. The fact that Germany has regained its competitiveness is therefore due in part to his efforts. All the more painful for him is the fact that, at 63, parts of the reform have now been reversed via the statutory minimum wage and pension. "The negative consequences will have to be dealt with by the next government."

Sinns thoughts on the green paradox were also groundbreaking. The announcement of a restriction on the use of fossil fuels would only lead to their being exploited even more quickly. He also criticises energy policy. What Europe saves on fossil fuels will only be delivered elsewhere and burned. Only a global emissions trading system that effectively limits global consumption would help the climate. Eight years after Sinn, at least something similar was considered at the Paris Climate Summit.

It obviously takes a long time for economic logic to assert itself. For years, Sinn zum Beispiel has pleaded for the homeland principle in the immigration issue. Every social assistance recipient of an EU country should be allowed to consume his social assistance in the EU country where he wants. But it should not be his country of residence, but his home country that should be responsible for social benefits. Only today - under the pressure of a possible Brexit - is there any movement in this subject.

Even more important were Sinn's contributions to the euro crisis. Er uncovered the target trap. Summed up relentlessly the liability risks for Germany. Forderte eine Insolvency regulations for euro countries. Plädierte early for a breathing monetary union in which a temporary withdrawal is possible. And he tirelessly criticized the measures of the European Central Bank - especially its program to buy government bonds violates the Maastricht Treaties.

This summer, the Federal Constitutional Court will now conclude its proceedings on the legal validity of the ECB's policy. The idea of a breathing monetary union was played out by the federal government as a kind of joker in the negotiation poker with Athens. But beyond that, the economic logic of meaning has not yet changed much in euro area politics;

Also for this reason its Zukunft derzeit seems open like never before. Sinn himself describes three scenarios in the "Frankfurter Allgemeine Sonntagszeitung". First, the path towards debt union: "A lot of capital is being destroyed, we have hardly any growth, but a lot of unemployment. That's washing up more and more radical parties and the mountain of debt is growing."

The second scenario is based on courageous reforms. "A bankruptcy order is introduced for states, the euro becomes a breathing monetary union that allows temporary withdrawals and gradually overcomes mass unemployment in the South." In the third scenario, first Schengen and then the euro disintegrate, because the different views on the refugee issue divide the peoples of Europe.

Sinn believes that the first scenario is most likely. Then the third. And the middle one comes last, I'm afraid.

The fact that he is often called a notorious pessimist in view of such statements does not challenge the controversial economist. It sees its analyses as "medical books", in which it concerns evenly illnesses and welfare possibilities.

Now that Hans-Werner Sinn has been freed from his everyday duties, the world will probably get even more medical advice. For some, especially für Politiker, this may be a kind of threat. But a hope for everyone else. ®