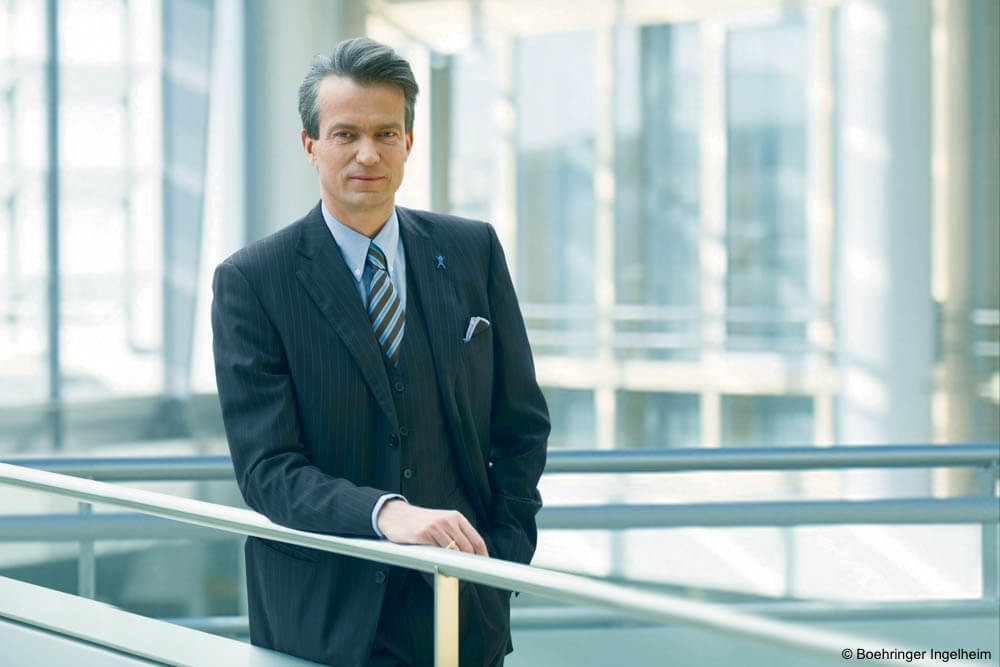 Commitment. Making More Health is an initiative of the family company Boehringer Ingelheim. Christian Boehringer has an ambitious goal: He wants to promote social entrepreneurs in order to help new solutions in the healthcare market worldwide on their feet.

"In 2010, our family business celebrated its 125th anniversary. On this occasion, we wanted to do something special, something that would have a positive influence on the company worldwide," recalls Christian Boehringer, Chairman of the Shareholders' Committee at Boehringer Ingelheim.

The circle of shareholders makes three specifications: First, the initiative should work globally. Secondly, their efficiency should be ensured with the help of a professional partner and thirdly, there should be a platform to enable the 48,000 or so employees of the Group to volunteer within the initiative.

A team consisting of four employees from the pharmaceutical company develops an interesting idea: What would it be like if the family-owned company would support social entrepreneurs in the health sector in order to initiate new thinking and action in the health market? "The unconditional need for change in the global healthcare system is obvious," says Christian Boehringer. "We were also convinced that we could operate so close to our core market and contribute our expertise." And he likes the idea that meaningful commitment receives entrepreneurial support without the Group having to finance it over many years. The support is to be limited to the payment of the social entrepreneur's basic salary for three years and the provision of in-house expertise such as IT and legal advice. "After that, the respective business model must pay for itself."

In nächsten Schritt Boehringer is looking for external partners with worldwide expertise in the development of social enterprises. He is convinced that many people have good ideas, but not everyone has what it takes to become an entrepreneur. "Our future partner should therefore already have experience in this area and support the social entrepreneurs in setting up the corporate structure," says Christian Boehringer.

The involvement of our own employees is on a voluntary basis. Christian Boehringer appreciates their high level of expertise. "In particular, the marketing and strategy experience of our executives, but also the legal and IT departments offer valuable support to founders." The label Making More Health is created. And   > in the search for a professional partner, the team comes across Ashoka in 2010.

Ashoka is a non-profit and globally active network that finds and promotes founding personalities behind new social organizations. The aim is to accompany these social entrepreneurs and thus ensure that their contributions to the well-being of society spread and develop their impact. "We always seek the combination of entrepreneurial spirit and social innovation - preferably at an early stage of implementation. Then we help by providing professional advice and embedding them in a network of social entrepreneurs, partners and individual supporters worldwide," says Laura Haverkamp, member of the management team at Ashoka Germany.

People - called changemakers - who challenge the status quo in their respective environments are promoted. "They are fascinating personalities who engage themselves instead of waiting for others. They deserve us all to back them up," says Haverkamp.

The cooperation between Boehringer Ingelheim and Ashoka will start in 2010. With the help of a call for tenders, social entrepreneurs worthy of support will be sought in the countries in which the family business is active. These are checked by Ashoka.

"At the end of the process, four social entrepreneurs from America, Germany, Indonesia and France from very different sectors within the healthcare market, with whom we started, remained," informs Boehringer.

These included the social entrepreneur Guillaume Bapst from France, who runs 60 grocery stores for the poor with his company Andes and offers his goods up to 50 percent cheaper than normal supermarkets. Or Rebecca Onie. The American advises people in need in the waiting room of hospitals on job search, better nutrition and similar topics. Or Luh Ketut Suryani, who with her Suryani Institute for Mental Health in Indonesia builds a bridge between traditional healers and studied psychologists. The poorer rural population in particular is often cut off from qualified treatment of mental problems. 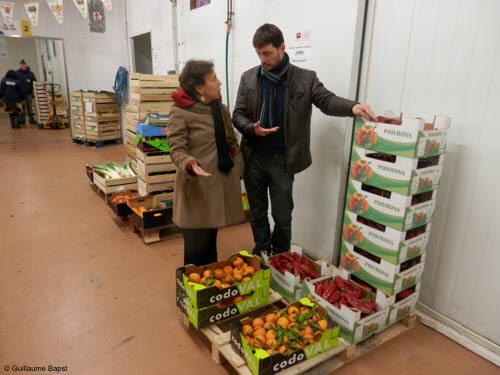 Not only the projects, but also the voluntary commitment of the employees inspire Christian Boehringer. The Executive in Residence programme will therefore be launched as early as 2011, one year after its foundation. Within this framework, the employees can go into seclusion for a limited time in the respective country and think about the further development of the Making More Health project there.

"Everyone who took part in this program is enthusiastic," says Boehringer. The entrepreneur is therefore thinking about making it a broader part of the training. The Group used to send young managers to Fontainebleau for training, but today they go to rural India and live at youth hostel level: "That broadens the view of our market. The young people learn that problems present themselves differently from region to region and must be solved in new ways with a new way of thinking".

Thinking about Making More Health is nothing more than project management and teamwork. Participants would learn to see the world from a different perspective. "Our human resources department accompanies the programme and the results are very positive. We came up with the idea of combining personnel development with the initiative only later."

Making More Health also surprises its shareholders in another respect: its core business and social activities are moving closer together. "The undeveloped countries first need growth capital. Because of the little incrusted structures in the health sector, ideas can actually be realized on a broad scale. These markets can thus also become interesting for the pharmaceutical industry in the long term," the entrepreneur outlines.

In Germany, however, he sees little chance of initiating structural change in the health sector. The main problem is that market participants are more likely to think about optimising costs in their segment. "For example, a doctor has to make sure that his budget for medication is respected and that as many patients as possible are treated. But he is not rewarded for preventing expensive hospital stays - which may involve more intensive care and more expensive medication."

If all insurers had an overview of the total costs per patient, it would obviously be possible to provide better care at lower cost. However, even the most innovative social enterprises cannot afford to initiate such a rethink in Germany due to the encrusted structures in the healthcare market. The market in America is different: "Patient data is not kept under lock and key and economic thinking is more widely spread there - so I expect real changes overseas first, before they become established in the long term," explains Boehringer.

The Group now supports 78 social entrepreneurs, known as Fellows. One of them is Frank Hoffmann. The doctor from Mülheim an der Ruhr is convinced that breast cancer can be palpated particularly well by blind people at a very early stage. Denn This group of people has the most sensitive hands. He calls his company Discovering Hands, which has now trained ten blind women and provides them with an income. The health insurance companies cover the costs. The earlier breast cancer is diagnosed, the greater the chance of survival for the women affected - and the lower the costs for the health insurance funds.

The commitment of the Making More Health initiative is now very broadly based. For this reason, the project team is currently considering a possible focusing of activities. "We are considering whether we should concentrate on fewer topics so that we can accumulate more knowledge there, network several social entrepreneurs and thus work even more intensively.

The learning process in one's own company would then also be more efficient: "Our industry is constantly changing. We need the social entrepreneurs as a kind of scouts who try out ideas and help us to recognise how problems can be solved with completely different approaches".

Christian Boehringer is satisfied with the initiative. "A good 4000 of our employees have worked at different levels. This ranges from donations that have run out to volunteer support for social entrepreneurs. I'm really proud of that. And if good ideas like Frank Hoffmann's are successful, then Making More Health has even made a difference in Germany."

Boehringer Ingelheim is the largest research-based pharmaceutical company in Germany and has been owned by the founding family since 1885. The annual turnover is around 15.8 billion euros, the operating result 2.9 billion euros. It is generated in 146 companies worldwide. Germany has 14774 employees, including 699 trainees. The headquarters of the group of companies is Ingelheim am Rhein. This is where drugs and active ingredients are produced. The company also has other production sites around the world, including Italy, Spain, Mexico, Brazil and, of course, the United States. Christian Boehringer, fourth generation, has been Chairman of the Shareholders' Committee since 2007.