A question of control. 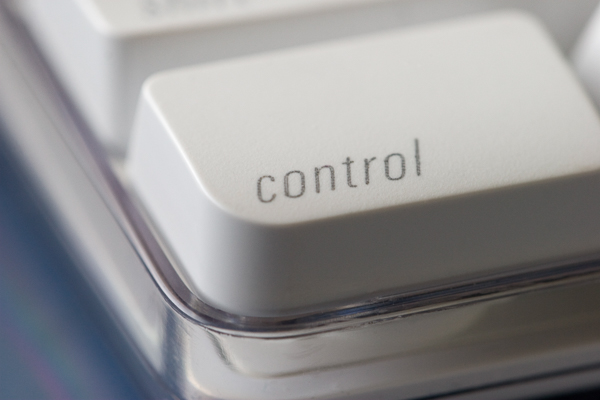 CEOs in family businesses. Der CEO ist the most important decision maker in the company. More and more family businesses are deciding to fill this position externally as part of the succession process. Wie the family then organizes the collaboration to minimize um Konflikte? Bankhaus Merck Finck supports WHU in Vallendar with a junior professorship to answer such questions.

Adam Smith, one of the founders of modern economics, was very critical of employed managers. Since they only manage the money of other people, this inevitably leads to neglect and waste.

"Even 242 years after the appearance of 'The Prosperity of Nations', the resulting question of the separation of ownership and control of a company is highly topical," says Melanie Schmid-Strüngmann, Head of Strategic Asset Planning at Merck Finck Privatbankiers, making it clear: "After all, there is one question that is far ahead in the succession process of family businesses: Should one of my children be CEO in the future? Or is it more promising to engage an external person for this purpose?"

Schmid-Strüngmann knows that the answer to this question varies from case to case. "An external CEO is always a gain if no family member is willing or able to do the job. And sometimes a family business also needs a new look at the industry to find out what else is possible. Diesen An impulse can be given by a foreign CEO."

Max Leitterstorf, Junior Professor at the Institute for Family Businesses at WHU - Otto Beisheim School of Management - analyzed 226 CEO successors together with Maximilian Wachter in order to gain a closer insight into this topic: "We first collected the arguments for and against an external CEO.

Supporters of a family CEO believe that he or she represents the interests of the family better and avoids unnecessary costs and risks. In addition, family members had built up knowledge and experience about the company since their earliest childhood. An external person could not catch up on this knowledge advantage. And the family business is better perceived as such, even if the CEO comes from the family.

The representatives of the external CEO solution argue that an external CEO can better (or with more neutrality) > balance the different interests of family members or tribes. The employees appreciated the fact that non-family members of the company could also occupy the top position. And above all: It would be a big coincidence if of all available managers a family member of all people had the highest suitability.

"The last argument in particular is playing an increasingly important role in family businesses today," explains Melanie Schmid-Strüngmann, "there is already a tendency to hand over operational management to an external manager. Die family is then limited to control functions im Aufsichtsrat or advisory board."

For this strategy to be successful, however, the main conflict potentials must be defined and solutions found.

"The theoretical background to this discussion is the so-called principal-agent conflict," explains Leitterstorf. "For example, a CEO should primarily represent the interests of shareholders and focus on their goals. Das can be the increase of profit, share price or dividends, but also long-term, Nachhaltigkeit or the reputation of the family in the social environment."

Often, however, according to the scientist, the CEO's personal interests - income, job security, prestige or power - stand in the way of these goals. "If family businesses choose an external CEO, they must face this conflict."

According to the researcher, shareholders basically have three adjusting screws. First, they can incentivise the CEO to represent their interests. Secondly, a stronger focus on intrinsic motivation must already be placed when selecting a CEO. And thirdly, it is necessary to establish a functioning control system.

"When it comes to incentives in particular, family businesses take a critical view of many of the common options," analyses Leitterstorf. The typical long-term orientation (for the next generation) argues against linking remuneration to profit targets. After all, this could lead to the CEO optimizing the company in the short term - for example by lowering von Forschungsausgaben to increase profits.

The desire to preserve family influence does not allow the transfer of company shares.

"In the future, a previously largely unknown variant could therefore establish itself in family businesses. So-called 'phantom shares' describe contractual rights that can be similar to those of a share without actually creating shares." For example, a CEO could receive a certain number of phantom shares and thus the right to receive the same dividend per phantom share as a regular share for the next 30 years.

In addition, attempts are often made to strengthen the bond with the family. "This is about the intrinsic motivation of the CEO, as well as the so-called 'psychological ownership'," explains Leitterstorf. "For example, the CEO is invited to family reunions or otherwise integrated into the family."

"During the selection process, I would always make sure that the candidate shows empathy and respect for tradition," adds Schmid-Strüngmann. In addition, it makes sense to define a kind of code of values in the family: "What unalterable principles does everyone, including the new CEO, have to observe? How do we deal with certain cost blocks - service cars, Reisen? The family can certainly give this to the CEO as an attachment to the employment contract. Then the manager knows exactly what the family expects from him."

In addition, communication within the company is important. "When a foreign CEO arrives, the uncertainty in the workforce is usually great. Is the family retiring now? Is this about my job? The continuity of the company? It must be explained exactly why the family is taking this step and that their commitment zum Unternehmen remains unchanged," explains the expert.

Once the external CEO is established, efficient control is at the top of the agenda. "If the shareholders at some point become convinced that the CEO does not adequately represent their interests, they must draw the consequences - right up to dismissal," explains Leitterstorf.

The scientist examined this point in more detail using data from listed companies and came to interessanten Erkenntnissen in the process. "Efficient control has to do above all with whether the performance of the CEO can be assessed and whether the shareholders then also have the power and the will to act for the corresponding steps up to the dismissal." In practice, this can be observed much more frequently in family businesses as well as in companies with controlling major shareholders. Members of the entrepreneurial family would have better access to company information and could assess it more accurately. "You have been familiar with company internals and processes since childhood and will therefore more easily develop an opinion on the CEO. And they have the will to act: For a family it is a matter of higher amounts, and the preservation of the company is crucial not only from a financial but also from an emotional point of view," explains Leitterstorf.

In fact, the study supported by Merck Finck shows: External CEOs are critically questioned especially in their first years in office (particularly high probability of dismissal) - in the event of success, they are later regarded as quasi-family members (decreasing probability of dismissal). And: Die Dismissal of a CEO is more likely if there is a major shareholder, and especially likely if that major shareholder is a family.

"For the family this also means, however, that its members must have sufficient 'shareholder competence' in order to be able to exercise their control function professionally", Melanie Schmid-Strüngmann reflects, "actually this is the born task for the outgoing head - he controls, supervises and advises". The decision to appoint an external CEO could even make it easier for the patriarch to let go. "And it prevents the classic father-child conflicts that in many families have led to succession not working. So on balance, it's probably not a bad idea to check the option of a foreign CEO - Adam Smith doesn't always have to be right."

A partner in every follow-up phase.

"We are often in demand well before the actual handover process," informs Melanie Schmid-Strüngmann, Head of Strategic Asset Planning at Merck Finck. In exchange with the client, for example, the bank regularly reviews the strategic contingency planning. "Is the succession secured in this case? Are there corresponding documents, contracts, powers of attorney? If not, we will ask the legal and tax advisors to close this gap."

In asset planning, simulations are also carried out: How does the tax burden remain bearable for the company and parties involved in the event of a transfer? What steps are necessary to secure the income of the retiring company owner? Is the compensation of heirs who do not hold an interest in the company taken into account in liquidity management? "When it comes to the handover itself, we are often the mediator", konkretisiert Schmid-Strüngmann explains the role of Merck Finck, "we bring all parties together, coordinate, support and thus become a kind of headquarters in the succession process".

"Our investigations suggest that the existence of a major shareholder significantly strengthens the shareholders' position vis-à-vis a CEO and also defuses the principal-agent conflict in the interests of all other parties involved. An entrepreneurial family as a major shareholder has a particularly high interest in the success of the company and also the ability to assess the performance of a CEO and draw the necessary conclusions," explains Max Leitterstorf.

"This is another reason why the shares of companies in which a family has considerable influence deliver better long-term performance. It is worthwhile for investors to consider this point when selecting shares", ist Daniel Kerbach, CIO beim Bankhaus Merck Finck, convinced.

To make this idea systematically investable, lancierte in October 2017 the Bank launched the Richelieu Equity Small & Mid Cap fund (LU1664299275) - a strategy for medium-sized companies in which manager Ingo Koczwara pays special attention to this criterion.

"Owner-managed and owner-controlled companies have other advantages in addition to defusing the principal-agent conflict," explains Koczwara. "Thanks to long-term planning, they can act countercyclically in the ups and downs of the economy. In times of crisis, they tend to buy more, while large corporations usually save costs procyclically in order to make nächsten Quartalsberichte look better. In addition, the level of external debt is usually lower because managers are not tempted by option programs to operate at excessive risk. And even if the founding families are no longer active in the operative business, the voting rights often remain bundled in family foundations. This preserves long-term thinking."