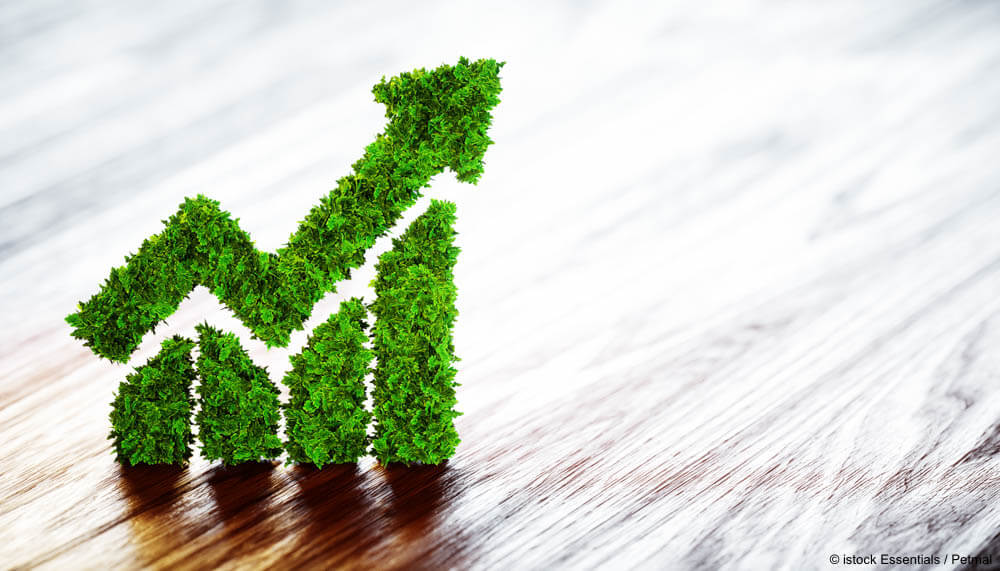 Investment idea. If Europe wants to reach seine Klimaziele, it must reform the market for CO2 emission certificates. First steps have been taken. If the prices for these pollution rights rise in the future, financial investors will also benefit.

"Andreas Speer, Senior Commodity Analyst at Bayerische Landesbank, reflects: "The initial situation is indeed explosive. In his much-noticed speech on 26 September, French President Emmanuel Macron spoke out in favour of providing emission certificates with a minimum price of between 25 and 30 euros. A short time later, a price range between 18 and 20 euros was introduced in the Netherlands. Do you know what these certificates cost on the stock exchange today? Less than eight euros."

The state decides how many CO2 equivalents are allocated each year. The exact number depends on the expected economic growth and the targeted reduction path of CO2 emissions. These certificates are made available to the companies in accordance with a Europe-wide key - free of charge or within the framework of an auction.

Once a year - always in April - companies now have to surrender one of their "pollution rights" for every tonne of CO2 actually emitted. If they blow more CO2 into the air than they have been allocated rights, they must acquire additional certificates on the market. "In principle, this is a good idea," says Speer, "because emission rights are thus becoming a scarce commodity. If the price rises, there will be an incentive to invest more in climate protection."

What sounds theoretically conclusive has never really worked in practice. After the start of emissions trading in 2005, pollution rights were initially distributed on a comparatively generous basis - not least so as not to place too great a burden on industry. "Then came the financial crisis. The economy collapsed and with it, of course, CO2 emissions fell significantly. When the annual pollution rights were fixed in 2005, the growth forecasts were much more optimistic. That's why there was now an enormous surplus of certificates," explains Speer.

It was particularly problematic that unneeded certificates did not expire worthless. "They could always be carried over into the next year. And in addition, the companies also got the new rights. Thus, the surplus has increased significantly in recent years. This is currently around 1.7 billion certificates."

So the climate policy steering instrument did not steer. And the price for emission rights fell from just under 30 euros per tonne in 2005 and 2008 to 2.50 euros in 2013. Some people in the industry thought that we were going to zero, and then the market would be dead," recalls Speer.

Now the cards are shuffled again. In 2013, politics began to reform trade. Among other things, the number of newly issued certificates was reduced. It was also decided to withhold 900 million certificates between 2014 and 2016, which would otherwise have come onto the market.

This had an effect - the price of the emission certificates again moved into the region between four and six euros. The expectation of additional policy measures was then responsible for the recent rise in prices towards eight euros. 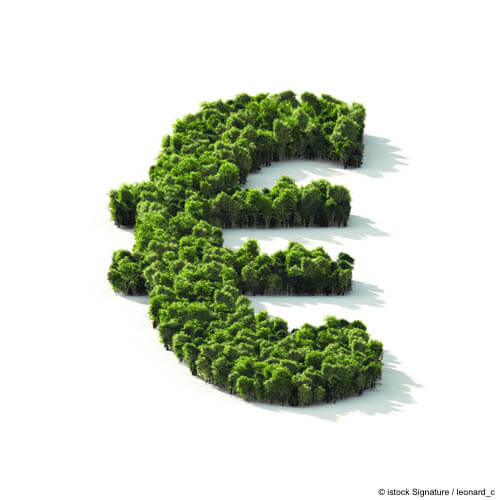 In fact, the European Commission delivered at the end of October. "It has indeed agreed to the introduction of a stability reserve," informs Speer. If the surplus of allowances exceeds more than 800 million units, anything in excess of this limit will be placed in this reserve from 2019. If the surplus falls below 400 million, certificates are withdrawn and placed on the market. "So this is a kind of buffer to prevent the surpluses from getting too big. The price increase of recent weeks is therefore fundamentally underpinned."

If the minimum price discussion were to gain momentum, this would further push up the price of emission certificates. "There is no way around this in the long term," says Speer, "the United Nations has strongly warned that global CO2 concentrations will increase more rapidly this year than ever before. All of the ambitious climate targets will fail to materialise if effective measures are not adopted soon. A minimum price for the certificates would be such a step."

The expert sketches the example of Great Britain to show that such a measure can actually achieve a great deal. "The minimum price there is 18 pounds. That's why there is practically no more coal-fired power generation on the island. This is no longer worthwhile in view of the high certificate price."

In Germany, too, the Kreditanstalt für Wiederaufbau (KfW) regularly asked firms about the critical price for certificates. Ab what level would they actually start to invest in more environmentally friendly forms of energy? "Prices between 20 and 25 euros have always been quoted," Speer says, "if politics is serious about climate protection, it must try to actually bring the price to these regions." Perhaps, according to the expert, the economic factor will also help. "Due to the good economic development, environmental protection is actually getting a real chance again at the moment. It's always like this: "You have to be able to afford environmental protection.

There is still a zweiten Zusammenhang between growth and issue. When the economy is booming and a lot of energy is needed, emissions and thus the demand for certificates will gradually increase. It is interesting to note that this is exactly what is happening today - at the very moment when the state is beginning to noticeably reduce the supply and reduce the surpluses. "This is not going to work fast. But I can well imagine that there may be shortages in certain areas in 2019. Why shouldn't the certificate price then rise by 20 euros in the region even without political minimum prices?" Based on the current quotations, this would actually be a price increase of 150 percent.

For investors with a broadly diversified portfolio, the addition of emission certificates is also interesting for another reason. It brings an additional diversification effect.

Analysts at investment firm Schroders recently calculated that if the issue price were to rise to 100 dollars, almost half of all listed companies would have to reckon with losses in earnings of more than 20 percent. A significant increase in the price of pollution rights would therefore probably not remain without serious repercussions for stock markets. Those who invest in the certificates also buy a kind of insurance.

"Of course, there can always be setbacks in the prices for emission certificates if politics breaks down again in the short term," Andreas Speer reflects. "But anyone who sees this investment from a long-term perspective should do pretty well with it."

How to invest in CO2 emission certificates

There are basically two ways for investors to directly invest in CO2 emission rights.

This takes place at the European Climate Exchange, a subsidiary of the London Future Exchange ICE. Futures contracts are traded there. At present, December contracts are traded until 2025 and quarterly contracts until 2020. However, liquidity is not very high in the more distant maturities. More liquid contracts with shorter maturities must be transferred to the next in order to represent a longer-term exposure. The contract running until December 2018 (MOZ8) currently costs 7.50 euros. One trading unit comprises 1000 CO2 certificates. This is also the smallest possible trade size.

Commerzbank uses the futures contracts to offer an unlimited turbo certificate ((WKN: CZ549S). The certificate roughly reflects the price development of the emission certificates. The construction costs - financing and regular transfer to the next contract term - change the base price of the turbo certificate. This is currently at 0.35 cents. The certificate costs 7,16 Euro. It therefore has a small leverage in comparison to the forward trading price.

However, the liquidity of the certificate is not very high either. For larger orders, careful planning is therefore required.