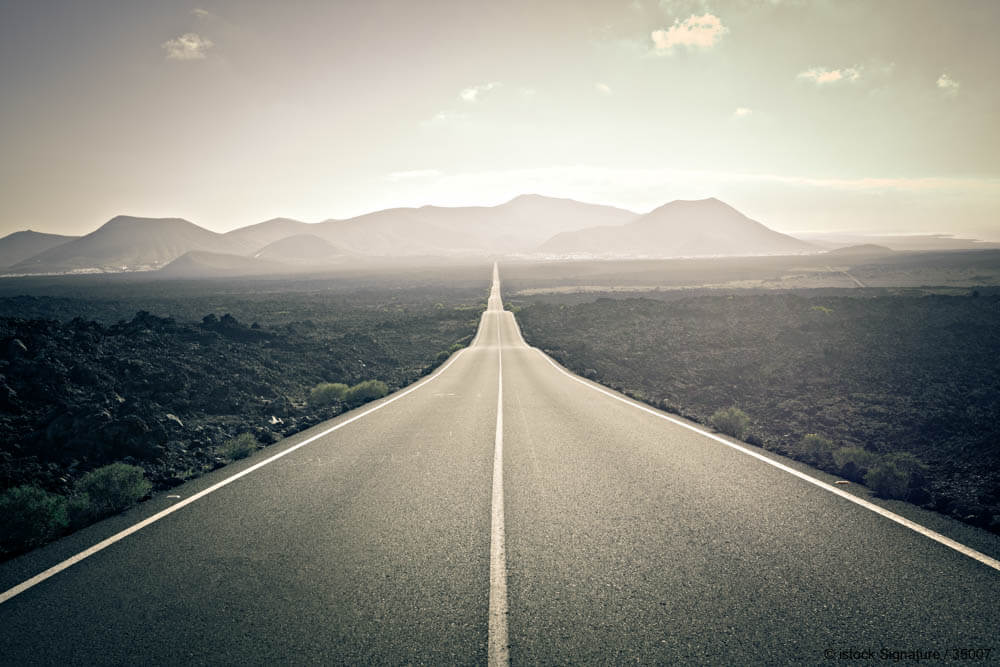 "The market keeps us in suspense. Jeden tag, countless "price-sensitive" information is displayed on the screens. We need to analyze, form an opinion, act with lightning speed," says Lukas Daalder, Chief Investment Officer of Robeco Investment Solutions. "And then we wonder why sometimes we lose sight of the big picture."

This view for the whole, the long-term perspective, hat Daalder has always fascinated. He has therefore published a five-year forecast since 2012. "It's like an anchor to me. I do not only think about what investors can expect on the basis of fundamental considerations in the different asset classes an Rendite, but always compare this with reality", explains the economist. If prices deviate significantly from the expected path, this changes the long-term earnings opportunities. Caution after price rises. Oder nach Verlusten increases confidence.

Last year, the stock markets in particular performed significantly better than expected. "The economic picture has brightened and growth is now broader worldwide. The risk of relapse into a phase of secular stagnation has decreased. Investors returned to optimism," explains Robeco's chief economist.

In response, seien Aktien became even more expensive because prices had risen faster than the underlying earnings. "This has already anticipated part of künftigen Kursgewinne . We have therefore slightly lowered our outlook for the expected returns on equities."

His current five-year forecast focuses on the central banks. "The crucial question will be how to exit from the extremely loose monetary policy - now that the economy is back on track," Daalder points out. Of course, monetary policy in the past has fueled price developments everywhere. Do we now have to reckon with rising interest rates? A widening of the yield gap between good and schlechten Schuldnern? A slump in the stock market?

"Like good parents, the central banks will not leave their child, the financial market, alone from one day to the next," reassures Daalder. "Rather, they will withdraw liquidity very, very slowly."

How this process is carried out in detail depends on the development path of the world economy. Lukas Daalder designed three scenarios and provided them with different probabilities. His baseline scenario has a probability of occurrence of 60 percent. The expert assumes global growth of 2.6 percent and an inflation rate of 2.1 percent on average over the next five years. There is a simple reason why this is somewhat less than a year ago: "The global upswing has been going on for eight years now. Another five years would be very unusual. Wir must therefore assume that normality also means a return to the 'normal' economic cycle - with a slight recession at some point during this period."

That doesn't make it any easier for the central banks. "They will tend to normalize their monetary policy very slowly and steadily - but always be on their guard." For investors, this means that the era of abundant liquidity supply will come to an end in the next five years. "That must be kein Drama, though. Since the financial crisis, the Fed, the Bank of Japan and the ECB have together bought bonds im Wert worth 7200 billion dollars. If they were to reduce 500 billion of these annually, the effect on stock market valuations would be roughly neutral. The only problem would be if the reins were tightened more. I don't think so."

Daalder expects difficulties for equity investors from a completely different direction. "It's about the earnings performance of the companies. The labour market is already strained in many areas. Wages will rise, corporate financing will become more expensive - all this will be at the expense of profit margins in the future. So stock prices will rise slightly less than corporate earnings."

The trees on the stock markets are therefore unlikely to grow into the sky. "On average, about five percent per year can be expected. However, in the US, where the markets are most highly valued, it should only be zwei Prozent, while in Europe, Japan and the emerging markets it should be between five and seven percent. This is not spectacular compared to last year, but it is still satisfactory," Daalder concludes.

Equities should therefore continue to outperform fixed-income securities. "In this environment, there will be hardly anything to be earned with bonds."

Of course, it can be different. "I still give a stagnation scenario a 20 percent probability," says Daalder. In this variant, growth in China is gradually declining to zero. The western industrial nations are getting the "Japanese disease" - stagnation in prices and economic growth. And the central banks are quickly giving much more gas again.

"From the perspective of a bond investor, it would then be important not to take on any credit risks, as in such an environment the number of company bankruptcies increases," explains Daalder. "But safe government bonds would bring interesting returns. With ten-year federal bonds, im Schnitt would have 1.75 percent per annum in it, with ten-year US government bonds even 5.25 percent."

For equity investors, however, the outlook would be less positive. "In the past, central banks' monetary policy has more than compensated for problems with growth and earnings. This will no longer be possible at the valuation level reached," the expert suspects. If growth stagnates, the burden of debt for governments, companies and consumers will become more oppressive again. Company earnings are declining and the number of bankruptcies is increasing. "Equity investors will then demand a higher risk premium, the price-earnings ratios will fall. Over the gesamten Fünf-year period, shares will therefore bring a negative result overall in this scenario."

But what if the global economy is now really stepping on the gas? "That's my third alternative, 20 percent probability too," Daalder explains, "I call this scenario Boom-and-bust."

The investments are starting. More employment. More consumption. More growth. Debt ratios are falling. China is successfully restructuring its economy. The strong domestic economy there is becoming a growth locomotive.

"This pleasant surprise would first of all massively improve the mood of equity investors and increase demand for risky investments. Doch would soon show the other side of the coin. Labour is becoming scarcer, wages are rising, inflation is coming back," outlines Lukas Daalder. "The central banks in the industrial countries would then have to act and would - as in the past - put an end to the upswing through their interest rate policy. Je stronger the boom, the deeper the following recession." Since both take place within the next five-year period, the average growth would not deviate much from the baseline scenario, but the inflation rate would be significantly higher.

However, the financial markets are expected to be subject to wild fluctuations. "Shares could suffer losses of 25 percent at their peak. In the end, however, it would still be enough to achieve an average annual return of two percent. Federal bonds would then bring a minus of 0.5 percent per year, US government bonds 3.25 percent plus."

The strategist thus provides all the information necessary to successfully navigate assets through the future. "For me, the key message is: Ein A well-diversified portfolio should continue to generate returns above the inflation rate in the next five years," concludes Lukas Daalder. "So investment will continue to pay off." 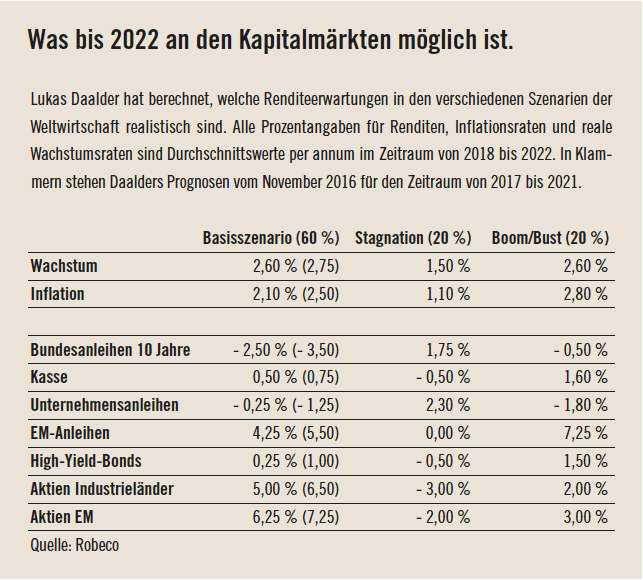