When the opportunity knocks. 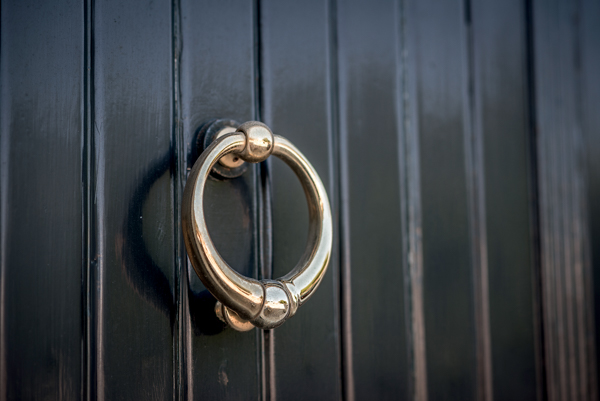 Private equity and infrastructure. "We actually specialise in secondary market funds in the private equity sector," explains Florian Dillinger, Matador Partners Group AG. But when a special opportunity presents itself, he invests in infrastructure. This combination of both asset classes has a special charm for the investment company Matador.

"There's a beautiful phrase in the United States: When opportunity knocks, you have to open the door'", smiles Florian Dillinger, "we had a very special opportunity in early summer. Selbstverständlich we've opened the door."

In May of this year, Detlef Mackewicz, consultant at the investment company Matador, gets wind of an interesting transaction. The French investment house Ardian, one of the two largest Secondary investors world-wide, plans one riesigen Deal im Infrastrukturbereich.

A large insurance company wants to sell a portfolio of four infrastructure funds with a total volume of 700 million US dollars. "This had nothing to do with the quality of the funds. They simply wanted to reduce the number of their investments by a flat rate of 50 percent in order to reduce their own workload", erzählt Mackewicz.

Ardian is interested in the portfolios. Very much so. The French have just launched a new infrastructure secondary market fund. Nur the entire bite is a little too big: "Ardian had agreed with its investors that they would never invest more than 15 percent of the fund volume in a transaction for reasons of diversification. So they invited friendly investors to take over part of the 700 million," explains Florian Dillinger.

Because Matador has been invested in Ardian's secondary private equity funds for some time now, the discussion gets underway. "In June, we discussed, reviewed the documents, analyzed the underlying assets. That convinced us. The prospect of being able to invest on favourable terms in four infrastructure funds at a stroke, all of which have so far developed very positively, was a great opportunity. After all, the funds in the portfolio are managed by the best managers in the industry," says Mackewicz.

Final details will be clarified in July. It will be signed in August. For Dillinger and Mackewicz, it's a kind of accolade. "We were able to conclude a transaction that many large insurance companies in Germany would have liked to have done if they had known about it. This shows that Matador is on a par with the big players in the PE industry, at least in terms of know-how, market access and network," says Dillinger and continues: "It is very unusual that we were able to participate with our comparatively small investment sum of ten million dollars. There must have been a whisper going through the industry."

For Matador and his shareholders, this is indeed a big deal. With this deal, the company, which has so far focused on secondary private equity, will gain a second, important pillar in the infrastructure sector.

All in all, this new area now accounts for around ten percent of the stock market value. "That's a good match. The asset classes are basically very similar," Dillinger explains this step: "In both cases, it is about managers triggering a positive development after the purchase of a company - on the cost side, by expanding and expanding the business model or by expansion or acquisitions.

"Infrastructure is defined as facilities, services and installations that are necessary for society to function and enable economic growth," explains Detlef Mackewicz.

"The following applies to both: They form the backbone of society and the economy - providers therefore usually face only limited competition. This monopoly or oligopoly position makes the sector very interesting for investors," concludes Mackewicz, listing the advantages: "Low dependence on economic cycles, protection against inflation, comparatively low operating risks. All this leads us to expect a steady, long-term positive performance."

In addition - similar to private equity - capital gains are possible again and again in the meantime. "The topic of airports, for example, is interesting at the moment," explains Detlef Mackewicz. A fund could acquire a profitable airport and build a modern shopping center directly after the security areas - as in Milan. It creates added value. After two to three years, the entire property will be profitably sold to the next infrastructure investor." 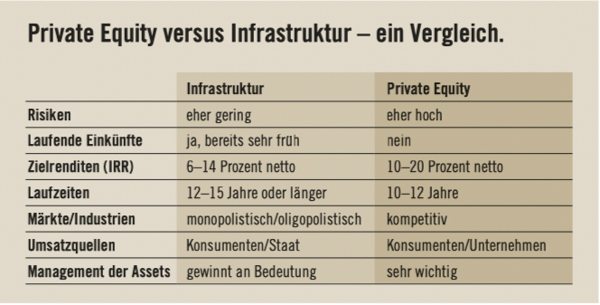 However, as with all entrepreneurial investments, it is important to diversify broadly with these investments as well. And to invest exclusively in high-profile fund managers. "That's why the Ardian package was so lucrative for us. It fulfils all these requirements perfectly," Florian Dillinger makes clear.

For Dillinger, who himself holds around 40 percent of Matador shares, this business has other advantages as well. "Infrastructure facilities have a very defensive character. Especially in the current economically challenging times, they bring stability to the portfolio. That is particularly important at the moment."

Above all, however, the yield perspectives are right. "Ardian negotiated well. The selling insurance company did not try to maximize the selling price either. And as a syndication partner, the original fund fees are completely eliminated for us," Dillinger informs.

This had a positive effect on the expected return. "At fund level, we expect a performance of ten percent on capital employed, which would correspond to a factor of 1.6. The fact that we as co-investors do not pay a management fee or other costs increases the expected net return to 12.1 percent. Based on the remaining term of the fund of six to seven years, this could mean a 1.9-fold increase in asset value for us investors."

This transaction makes such a nice contribution to the dividend payout at Matador. "We are aiming for a continuous distribution of around four percent annually," explains Dillinger. "With the new infrastructure, half of it is already secured for the next few years."

Private equity is regarded as one of the most interesting asset classes worldwide. The Secondary Investments sub-market, in which Matador specializes, comprises the purchase and sale of private equity or infrastructure fund units that have already been subscribed.

First, with secondary investments, the capital is called up more quickly. This accelerates the build-up of assets and significantly weakens or even completely eliminates the J-curve effect common to primaries. This means that investors can expect more than just earlier returns. They also immediately have a diversified portfolio of funds of different vintages, regions and styles.

Second, secondary fund managers don't buy black boxes. The assets are already included in the fund and can be valued well. This reduces the risks.

Thirdly, the investor can thus add vintages of funds that are no longer available on the primary market.

Fourthly, the costs are lower as the fund has a shorter remaining life and the management fees for the first few years have already been paid by the original investor who is now selling his shares.

Fifthly, the transaction often leads to discounts on the suspected goodwill. The initiative usually runs out at vom Verkäufer, which would like to part with seinem Anteil and therefore makes concessions.

"In view of the minimum investment amounts of several million euros, however, the secondary sector is generally only an investment field for institutional investors. I wanted to change that. That's why we founded Matador," explains Florian Dillinger.

The shares of the investment company Matador are listed in Bern and Frankfurt (ISIN: CH0042797206). Mit offers all investors a secondary private equity portfolio that is broadly diversified according to sectors, regions and economic cycles, without a minimum investment restriction. "Now anyone can easily add a pinch of broadly diversified private equity and infrastructure exposure to their portfolio."

Dillinger has recently made some changes to the composition of the portfolio. "Initially, we tended to invest in funds that mainly acquired large companies. When it then became apparent that the investment pressure in diesem Segment was increasing, we concentrated more and more on the small-cap segment." Heute, around half of Matador's investments are invested there.

"This strategy already paid off in the first half of 2019. We now hold more than 15 private equity funds in a total of around 1100 companies. Valuations in the portfolio are rising. We are therefore again aiming for a dividend yield of over four percent," Florian Dillinger explains.

With the latest infrastructure investment, the portfolio now appears to have become even more stable. "The Matador Partners Group AG share now combines the opportunities for performance through profitable transactions in the private equity and infrastructure sectors with a considerable dividend yield - this combination is very attractive from an opportunity/risk perspective, especially in the current confusing economic environment".