Written by Schroders Deutschland on 25 November 2019. 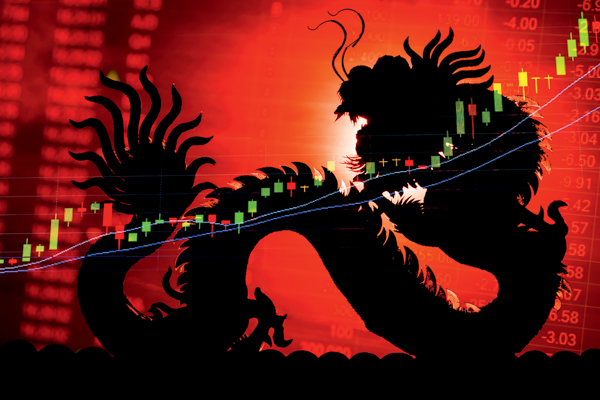 Private equity in Asia. In the 21st century, Asia will dominate the world. In no other region do investors find such a combination of size and growth. Private equity is the key to unlocking this potential.

"By the end of 2014, our portfolio manager had made a co-investment with the little-known Indian online retailer Flipkart," says Peter Begler, Alternative Director at Schroders. "In 2019, the US multinational Walmart acquired 77 percent of the company for 16 billion US dollars - and our manager achieved 3.2 times his capital outlay on the sale."

Peter Begler reports this not only because an extremely lucrative investment is documented here. But because the special features of the Asian market can be explained using the example of the Flipkart. "The combination of a large number of potential customers, above-average growth and technology affinity of the people is unique - nowhere else do companies find better conditions to scale their business quickly."

In fact, the facts are impressive. Almost 60 percent of the world's population lives in Asia. In China and India alone, the figure is 36 percent. This makes each of these countries almost twice as populous as the USA and Europe combined. With more than four billion people striving for prosperity, the region has long been the world's growth engine. This year, for example, Asia will be responsible for 44 percent of global growth. While the economy in the industrialized countries is struggling mit Sättigungstendenzen, Asia is in the midst of a long process of economic catch-up.

The special composition of the population and the change in their habits is a particular advantage. It's about the four Ms - millennials, middle class, metropolises and mobile.

In Asien there are 800 million so-called millennials living. You're young, hungry for success and extremely technical. Accordingly, there are Internet users in Asia zwei Milliarden and the number of mobile phone contracts is 4.3 billion. The USA and Europe, for example, only manage a fraction of these numbers. In India alone, mobile data usage increased twentyfold between 2014 and 2017. Today, the continent is correspondingly innovative. The number of patent applications in China alone has risen by a factor of eight in the last ten years. So it seems only logical that China today is also leading the disruption in the modern, new economic sectors. The e-commerce market there has grown from zero to number one worldwide within a decade. The absolute amount of online payments is eleven times higher than in the USA. Und More electric cars are currently being sold than in the USA and Europe combined. It does not seem a bold thesis that China will also be ahead of the game in the development of artificial intelligence.

Independent of the global economy, consumer demand at in Asien will also grow. According to an analysis by the American Brookings Institute, 900 million people from Asia will come from nächsten Milliarde, which joins the middle class. In this development process, private consumption generally increases significantly.

This alone is an interesting starting point for Asian companies. And it will be significantly improved once again by the people's drive into the cities. There are already 300 million cities in Asia today. This is ideal for a young company that wants to address as many consumers as possible. Expansion is much easier if a large number of potential customers can be reached in a concentrated space. The economies of scale that can be achieved in this way ensure faster, more modern, better and cheaper products and services.

An example:  Obwohl the Chinese driver service Didi started only three years after the US competitor Uber, the company today carries out twice as many trips in China alone as Uber in the whole world. To reach the same number of megacities, Ueber would have to serve North America, Europe and parts of Asia - and cope with many different regulations. For Didi, on the other hand, everything in China is always the same.

"It is obvious that this fascinating perspective of the Asian economic area also offers lucrative opportunities for investors", Peter Begler makes clear.

The traditional way is via the stock markets and index-oriented investment strategies. It's simple, but it has drawbacks. The stock market indices do not reflect Asia's vibrant corporate landscape by a long way. A typical example is Lenskart, the leading Indian eyewear supplier. With its intelligent combination of online strategy and retail stores, the company already sells 300,000 vision aids per month.In view of a market of 500 million people,  Und still has enormous growth potential.

Such companies usually search in vain for investors in the major indices. Instead, the old, big, liquiden Gesellschaften dominate there. Many innovative companies do not even try to go public, but - like Flipkart - are sold directly to strategic investors. "Investors thus only have very limited access to the consumer story driven by the four Ms," concludes Begler.

The frequently pursued strategy of profiting from strong Asian consumer growth by buying shares in Western companies is apparently not the best idea in the long term either.

A recent McKinsey survey shows that Chinese consumers now prefer local brands in 15 out of 17 categories surveyed. Only with wine and milk powder are foreign suppliers still ahead.

The logical conclusion is that if the majority of consumers have a preference for domestic brands produced by domestic companies, most of which are privately owned, the best way to invest in the Asian century is through the private equity asset class.

As the name Private Equity (PE) implies, this form of financing provides equity capital to private companies that are not usually listed on a stock exchange. The managers of the private equity funds then work on triggering a positive development in the respective company - on the cost side, by expanding and expanding the business model or also by expansion or acquisitions. If they succeed, they and their investors will earn money.

"This has worked well in the past", erläutert Begler. "Asia has long been a profitable market for private equity investors. On average, PE funds launched between 2009 and 2015 generated more than ten percent return per annum on capital employed there - after costs and fees. I see no reason why that shouldn't be the case in the future."

Nevertheless, private equity from Asia is still significantly underrepresented in the portfolios of wealthy European investors. If you want to invest directly in individual PE funds, you need a lot of local know-how and resources. Because fund selection is a complex business due to differences in mentality. Und investors often do not even find access to the best providers.

Those who nevertheless dare to do so have so far usually made their capital available to the established megafunds. Due to their sheer size, however, they are forced to search primarily for very large target companies. This area in particular is, however, highly competitive. Incredibly much capital chases few investment goals.

The Schroders investment house is therefore taking a different approach. It endows selected private equity managers who have specialised in smaller transactions. There is less competition among the investors, the investment success is not so strongly dependent on indebtedness and the financing arts of the managers. In addition, smaller companies often had no contact with institutional investors. This makes it easier to achieve real added value through improvements in operational business than with companies that have already passed through the hands of several PE funds.

Investors not only find a lucrative entry into a promising investment. "They are also adding an important diversification building block to their global portfolio," explains Peter Begler, concluding: "In a world where the return expectations of most asset classes are comparatively low, Asia's private equity market is a real bright spot.

// How to invest in Asian Private Equity.

With $10 billion in private equity assets under management as of December 31, 2018, Schroders and Schroder Adveq focus on specialized investment solutions that provide clients with access to selected private equity businesses through primary and secondary investments and direct/co-investments.

Due to its long history, the management team not only knows the corporate landscape and the direct investment market very well, but also has access to the most successful private equity fund managers in the region. Among others, there are ten employees in Beijing who are constantly searching the local market for interesting investment ideas.

The average return of the investment vintages since 2005 - calculated according to the IRR method - was 13.1 per cent.