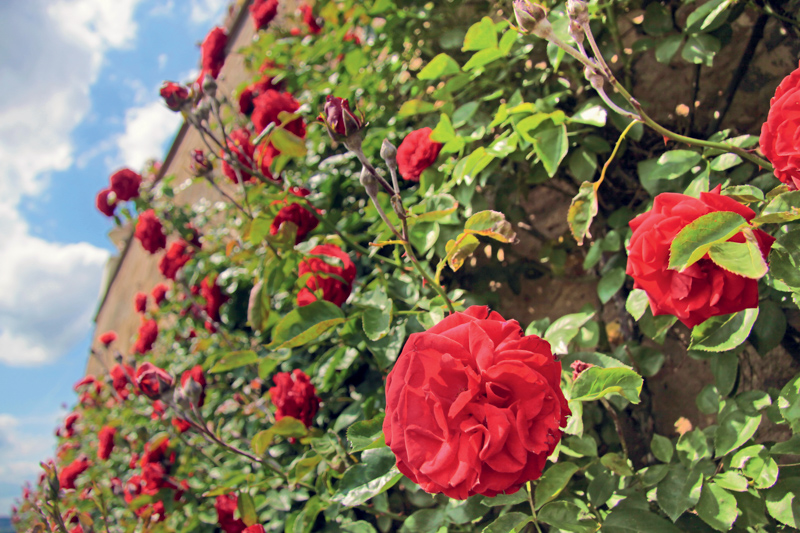 Real estate. From old to new. In times of scarce land, the revitalisation and rededication of non-essential existing buildings on the company premises can be an interesting, fascinating and lucrative idea. Dr. Klaus Trescher, Kriton Immobilien, explains what entrepreneurs and investors should look out for.

Even from a bird's eye view the area is impressive. 60000 square meters of stock. Ten buildings. In the middle of the southern Munich district Sendling, which is quite centrally located. "It was easy to walk for ten minutes to get around," recalls Klaus Trescher, partner of real estate asset manager Kriton. For the real estate man, who has been successful in the industry for 40 years, it was love at first sight. "We looked at the site and immediately knew it was going to be a big, interesting real estate adventure."

Trescher tells the story because such measures can contribute to overcoming the shortage of building land. "The newspapers are full of articles lamenting the lack of land ready for construction in the German conurbations. In fact, there are hardly any gaps between buildings in central locations. The frequently demanded expulsion of wasteland on the outskirts of cities also takes time and often fails because of opposing interests. And by the Nachverdichtung of inventory objects likewise only a modest relief can be reached.

This makes it all the more important to also devote space to existing commercial real estate - often in the form of former production and administration buildings that have since been shut down. "Due to digitalization and dramatic technological progress alone, many of these areas will no longer be needed in the future. It can be a very lucrative business for the entrepreneurial families concerned to start thinking about modernisation, rededication or demolition with a new building now."

However, revitalisation, conversion and conversion are rightly regarded as the supreme disciplines of real estate development. "A project like this cannot succeed on its own. Experts are in demand at every point, for example architects with ideas and experience."

Trescher himself has therefore gathered a network of entrepreneurial real estate investors around him. Together with them he conducts so-called club deals. "The example of the area in Sendling illustrates quite precisely how we proceed. Maybe it inspires one or the other entrepreneur to implement a similar project with us".

The former Philip Morris production and administration complex was divided into approximately one-third office space and two-thirds production space, including warehousing and delivery areas. The buildings were mostly more than 50 years old and mostly in a correspondingly modest optical condition. The only exception was the sizeable but inefficient main administration building, which only accounted for about ten percent of the total usable space.

"The first question was: What do we do?" explains Trescher. A renovation of the office space was not reasonable due to the condition, the poor lighting, the staggered corridors and the unfavourable floor plans.

The production areas had the depths of space that were problematic for office use with the associated lighting problems - but at the same time they also had the charm of large room heights and a touch of industrial baroque charm.

"This charm was then also the basic theme of the new use. Our investment club initially focused on redesigning the now empty production space, while the office space was still being used for two years with Philip Morris paying rent," says the real estate expert.

"The trendy, starless design hotels, which do without expensive interior furnishings in favour of a much cheaper studio / loft / bohemian attitude and are therefore very successful with their guests, have similar features today. That's what we've been leaning on."

The strategy arrived. All space could be leased comparatively cheaply to young companies or to companies in which this space equipment harmonises better with the company image than a conventional classic office.

The complex was rounded off with a suitable café and restaurant for tenants and non-tenants alike in the former gatehouse and fleet building. "In addition, there was a ten-metre-high office space equipped with galleries for an advertising agency. The gondola of a former mountain railway on the roof serves as an occasional meeting room."

The office wing rented to the seller for two years consisted of ten adjacent buildings. "Here we benefited from the housing shortage in Munich. Because the building authorities finally agreed to a demolition and new building with apartments. The remaining unused space was ultimately built on with a new office building and a multi-storey car park with a grocery store on the ground floor and further apartments".

After three and a half years, Trescher and his investor club sold the building, which had also been upgraded with regard to the façades - glass staircase with elevator - en bloc in fully let, renovated condition to a long-term oriented existing investor.

"It was a success story for everyone: Philip Morris achieved the expected sales price for a production and administration property that was no longer needed. The new investor was able to buy at a comparatively attractive price because it was not a new building. And for the investor club, which revived the dormant old substance, an attractive return remained for the construction, renovation and letting risk assumed with the project. And last but not least, this repositioning and partial rededication of an old and no longer needed industrial area was also an enrichment and embellishment of the neighbourhood, which is appreciated by the tenants and all the neighbours".

"Klaus Trescher concludes: "For us as managers and initiators of the measure, such a rebirth of an 'industrial wasteland' also satisfies us much more than the acquisition of a largely perfect new existing property, which is correspondingly expensive in today's market. ®

Kriton Immobilien GmbH is an independent and partner-managed investment and asset manager in the real estate sector. As a full-service partner, the company supports investors in all aspects of real estate capital investment, mainly in the risk classes Core Plus to Value Add.

The regional focus is on the German market. "This is the logical consequence of our excellent network in the German real estate market", erklärt Trescher. The focus is on renovation and repositioning measures, in which many of the initiator's talents are in demand. You can read about Kriton's approach on the homepage of private wealth, issue 3/2018, "Trüffelsucher".

Since the founding of Kriton Immobilien GmbH in 2007, the company has managed assets with a volume of around 900 million euros. "Particularly in the area of Value Add, we were able to implement projects particularly successfully - above the original targets - thanks to active asset management," Andreas Hauff points out.