You gotta be tough. 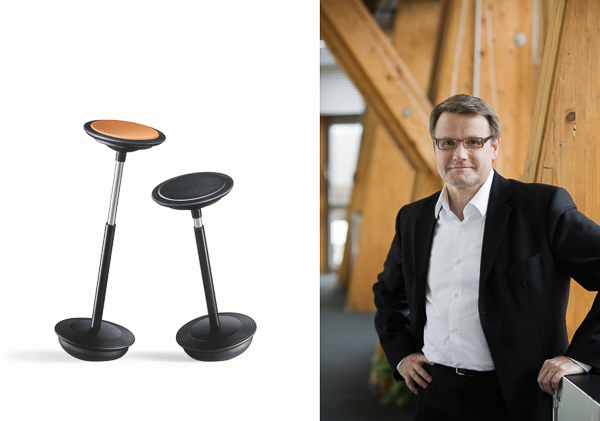 Succession. The market for high-quality office furniture is volatile and highly competitive. Those who assert themselves there have to achieve something very special. As is Jochen Hahne (above), who is the third generation to run the Wilkhahn family business.

Jochen Hahne still remembers the "year of the decision" well. For ten years, the Wilkhahn family business had already been managed by the external manager Theodor Diener. "Very successful," stresses Hahne. Nevertheless, a family option had been examined again and again. When the 35-year-old received a "nice offer" from a management consultancy in 1992, he was sure: "If I accept that, I'll never start working for Wilkhahn again." Now or never becomes now.

It is not an easy decision for an economist with a doctorate. Because even as a family member, he must first prove himself. This is how the family constitution wants it, which his father coined with the saying "competence before blood". "Of course, the advisory board could have decided against me later. That was a very exhausting time because I felt very tested." In 1997 he became a member of the Executive Board and in 2000 Chairman of the Executive Board of the company. And knows there's a big challenge ahead of him. "It is a completely different entrepreneurial task to assert oneself in a stagnating and at the same time highly competitive market than to swim in a long-term growth trend."

In 1992, the industry turnover of office furniture manufacturers in Germany was 2.3 billion euros. 25 years later, in 2017, the level is still comparatively high at 2.32 billion euros. It looks similar in Europe. Hardly any growth, a lot of consolidation. Competitors come and go. "We have always been among the top 25 in this highly fragmented industry across Europe. Keeping us there was my job."

Founded in 1907 as a chair factory by Friedrich Hahne and Christian Wilkening, Wilkhahn initially produced seating furniture made of solid oak. From the 1950s onwards, Fritz Hahne, the father of the current boss, pushed ahead with the internationalisation and design orientation of the brand. Even then, so-called architect chairs were created, designed among others by the Swiss Hans Georg Bellmann and the German industrial designer Walter Pabst. "Even today, design is still a major competitive advantage," explains Jochen Hahne. For example, the ON office chair, which won 13 awards, is the most frequently awarded office chair in the world. 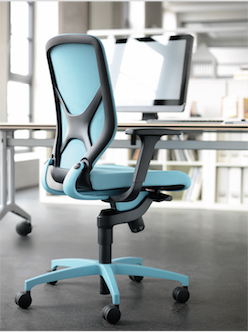 When Hahne took over the management of the family business, two things were particularly important to him: international expansion and innovation. "We have always invested relatively heavily in research and development, accounting for around five percent of sales. This costs short-term profits, but is indispensable in the long term," he makes clear. "Being able to act like that is a major advantage of a family business."

The entrepreneur got to know and appreciate a second one when he pushed ahead with international expansion at the end of the 1990s.

"We established a subsidiary in Australia at the time. However, there were no reliable figures. I only knew a few people and had the feeling that this was the right way to exist in the future in a globalized world. In a big corporation, I could never have done it like that. But of course: In the end I put my head on the table. If that had gone wrong, I'm sure the Advisory Board would have discussed me too."

When the world was surprised by the financial crisis in 2008, the strategy was put to the test. Within a short period of time, sales slumped by 20 percent. "We're in a very volatile industry. But such rapid changes are brutal."

In order to stabilise the company, working hours are made more flexible and state-subsidised short-time work is used. "But it was crucial that we continue to develop products." Wilkhahn already has the ergonomic 3-D swivel chair ON. "We pushed ahead with the further development of ON 2009, because if you were to work short-time for more than two or three years, you would have to reckon with the best employees leaving." For five years, the entire company had "worked and sweated" at ON, invested around 3.5 million euros in development and "shaken the industry awake".

The bill worked. "We came back up relatively quickly as a result. Australia has also contributed to the rapid upswing in addition to ON." Jochen Hahnes head is now finally no longer on the table.

Today, Australia accounts for 20 percent of sales. Other important markets are Singapore, Hong Kong and Malaysia. The company has had a very good network here over the past 15 years. "A key factor in generating revenue."

America is still below ten percent, the rest is Europe. "Especially in Germany, we have seen increasing potential for the past five years." The construction activity is enormous. The economic boom is stimulating. In the meantime, more than 21 million people in Germany are at least temporarily employed in the office, says the Industrieverband Büro und Arbeitswelt (IBA). According to the market research institute IFH Cologne, the number of office workplaces has increased by around 15 percent since 2008.

Today, Wilkhahn, with a turnover of just under 100 million euros, is actually still one of the top 25 in Europe. To keep it that way, Jochen Hahne wants to use the upswing to set some new course.

"What particularly drives me about is how the innovative power can be increased through changes in the internal organization," the former management consultant reflects. Ultimately, the question is how much hierarchy is actually necessary. Especially in family businesses, which have always tended to be very strongly tailored to the board of management from the family, this is a very intensive and controversial discussion today.

Hahne has decided to give the managers in the local subsidiaries in America and Asia more independence. "I hope that Wilkhahn will be able to do better justice to the local conditions. If, for example, the subsidiary in Australia is commissioned to set up an office building on site, those responsible there can now decide for themselves whether and to what extent they want to cooperate with other companies. They don't have to ask three times if they can do that." Decision paths become shorter. "And hopefully the results will be better if employees can make better use of their experience."

There is consensus among the owner families Hahne and Wilkening that Wilkhahn should nevertheless remain a classic family business. Every now and then he asks himself the question about his successor, laughs Hahne. But sometimes he also gets the question from his 19- and 21-year-old sons. "But we have an agreement that we won't talk about it until they're 25 years old."

Over the course of time, he himself has realised that Wilkhahn is a fascinating company, says the 59-year-old. Was it the right decision, then, to join the company? "Turn off the tape," laughs Hahne. "It was fun. But it was also hard. An entrepreneur has to bring with him a few qualities that he may not have known he had before. It's less about genius than it is about toughness." ®

From the point of view of family research, there are two interesting aspects at Wilkhahn. Since 1907, the descendants of the founders Friedrich Hahne and Christian Wilkening have held equal shares of 50 to 50. "Tom Rüsen, Managing Director at the WIFU - Witten Institute for Family Businesses, explains: "In the long run, this does not have to be a disadvantage. Two independent family tribes often act more easily with each other than, for example, families who have one founder in common.

Today, the Hahne family owns 75 percent and a tribe of Wilkenings, which originally consisted of two family branches, owns the remaining 25 percent. "We partially paid out one branch of the Wilkening family in the mid 1990s. One of the reasons was differences of opinion as to whether the production halls designed by the renowned architects Otto Frei and Thomas Herzog could be "more than a machine covered with corrugated iron". And that's why they can cost more. One of the two branches of Wilkening did not want to support these investments. The second remained on board. "They are still involved in all the decisions we make today," says Jochen Hahne.

According to Rüsen, it is high quality to act in such a consistent manner. The remaining branch of the family gives the company the chance to continue existing values and visions of the future together. "If, for example, both Wilkening family branches had wanted to sell, this might have overtaxed Hahnes' financial possibilities and possibly led to the move in of a foreign investor," explains the expert for family businesses.

Even a share distribution of 25 to 75 percent does not simply give the majority shareholder a free hand. In the case of Wilkhahn, the rights of the Wilkening branch are represented by a member of the Advisory Board.

Editorials Hanns J. Neubert und Ludger Wess 136
In the chart above, only CO2 emissions from the…

Editorials Klaus Meitinger 203
Dear Readers, in a few weeks, the new decade will…