"The trend in purchase prices is breaking." 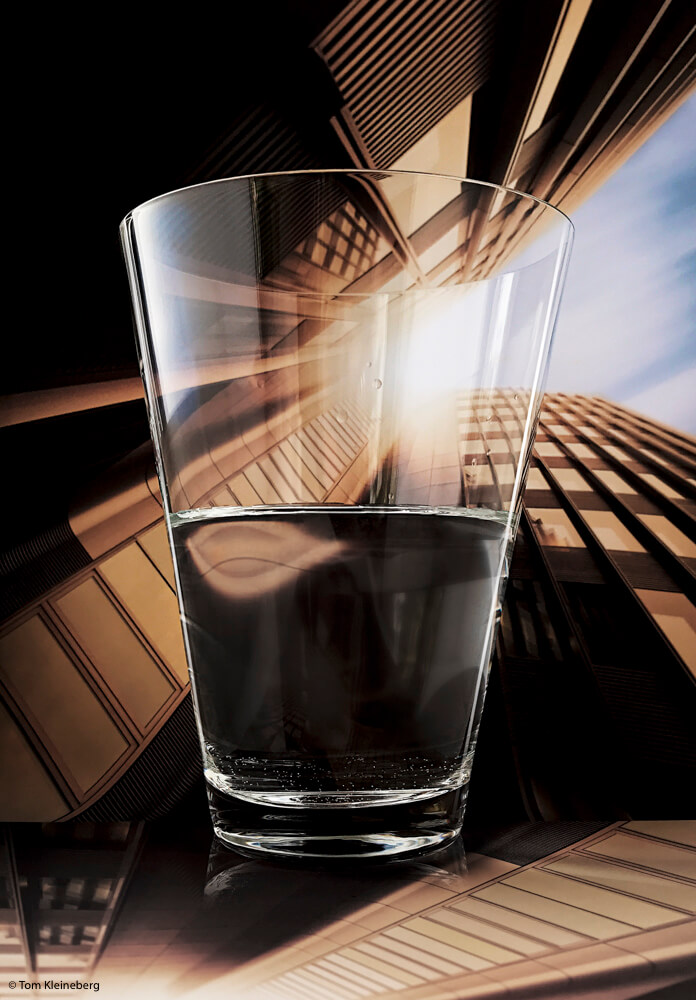 "The prices for condominiums are no longer in any meaningful relation to the framework conditions. Those who invest risk their equity", warns Harald Simons, Empirica AG, member of the Council of Real Estate Experts.

The industry is currently discussing above all a possible rise in interest rates as a risk to real estate prices. It overlooks the fact that the interplay between supply and demand for housing may also lead to such a break in the trend.

{mprestriction ids="*"}  We'll look at demand first. Unnoticed by the current growth euphoria, the structure of immigration to the three top cities of Berlin, Munich and, albeit not so clearly, Hamburg has changed. The migration gain that these cities have so far been able to achieve with other regions of Germany thanks to their swarming behaviour is now declining and even negative. It looks like the swarm is moving on - to cheaper cities. The constantly high level of immigration into the top cities has already been due for several years only to a happy succession of waves of immigrants from abroad (Southern and Eastern Europe, refugees). Diese have now also passed their peak. In the future, a significant decline in net immigration is to be expected - with the exception of new wars on the borders of Europe. The migration balance could even become temporarily negative.

At the same time, new residential construction is picking up speed. The number of permits is rising and rising. Hamburg and in particular Berlin are conspicuous here, where the overhang of construction already at the end of 2015 corresponded to five times the previous annual housing production. The "housing construction machine" is running, ever larger projects with several thousand apartments are being planned, are under construction or are expected to go into marketing soon.

All this does not point to a further increase in new contract rents. Even the frequently voiced argument of a demand overhang is not convincing as it does not take into account the dampening effect of higher rents. They have led to a convergence of new and old residents in the existing housing stock. If more homes are built than new households are added in the future, this gap will not simply be filled by pent-up demand. On the contrary, it is only through falling rents that it will be possible to resolve "pent-up" demand. But it's not that far yet. In view of the low vacancy rates in these cities, new contract rents are initially expected to stagnate.

For investors in the housing industry, this cannot be a reassurance. The purchase prices currently demanded, especially in Berlin and Munich, are no longer fundamentally in any meaningful relation to the general conditions. For five consecutive years now, purchase prices have been rising relatively faster than rents. In Hamburg, the price exaggeration is now a good 40 per cent, in Berlin around 50 per cent and in Munich 75 per cent (relative to 2004). Anyone who invests there must therefore assume that rent levels will continue to rise, as otherwise no positive return would be expected despite the low interest rates.

In other words, the prices obviously already include further significant increases in rental income. However, this is not to be expected in Berlin and Munich and possibly also in Hamburg.

My conclusion: It is safe to assume that in Berlin, in Munich probably and in Hamburg possibly a trend break in the required purchase prices will occur. It may go on for a while like in the last years, but not for long. By the time the major residential construction projects in Berlin are completed at the latest, the time will have come. Munich then follows.

The year 2017 marks the beginning of more difficult years for investors in the housing industry. On the basis of earlier real estate price cycles and in view of the degree of excess purchase prices relative to new contract rents, the purchase prices for condominiums could fall in the order of a quarter to a third in real terms in the future. Negative macroprudential effects, against which politicians would have to do something, are not to be feared, however. The equity portions should mostly be sufficient to absorb the decline. Investors lose money, but nothing more happens. ®