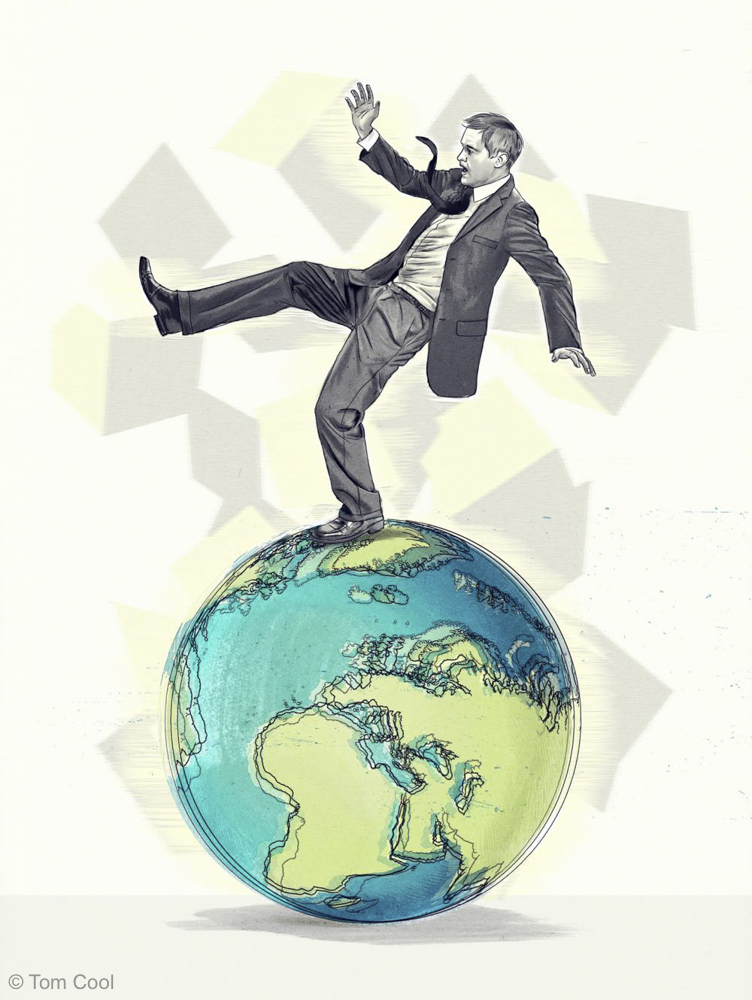 According to Professor Henning Vöpel, Managing Director of the Hamburg Institute of International Economics, the world is looking for a new order: "But the road to it can be long and very difficult.

The signals from the global economy are worrying. China, Brazil and Russia are facing a difficult year. Serious financial and economic crises are looming - also in view of the drop in oil prices, which is becoming a major problem for many countries. And with the refugee crisis and a possible "Brexit", Europe is facing a test of its own.

In the eighth year after the global financial crisis, crisis policy has reduced too few of the structural problems - on the contrary: it has itself created a considerable need for correction. Monetary policy lowered interest rates worldwide in order to gain time for policymakers to reduce debt and implement reforms. But with low interest rates, the future has become so "cheap" that policymakers have postponed the necessary market consolidation and new need for correction has arisen in the financial markets.

None of these risks create a stable macroeconomic environment for private investment, which the global economy urgently needs to strengthen global growth. A few days ago, the International Monetary Fund also drew attention to the critical state of the global economy. The crisis of confidence has remained in the face of unresolved problems and the "old" institutions are at the end of their ability to provide answers to the questions of the "new" world.

In addition, and as a result of this development, renationalization and protectionism are gaining popularity worldwide. Such a development had already taken place after the first major wave of globalisation a good hundred years ago - with catastrophic consequences for the international community of states. In view of such a constellation of economic crisis and geopolitical conflicts, the world economy is threatened not only by a dangerous loss of control. The challenge is even greater: the world is technologically and geopolitically in transition to a new order.

The current events are more than a random coincidence. Behind all of them lies a common deeper cause. This is a systemic crisis of globalisation. Conflicts are breaking out everywhere under the pressure of systemic contradictions for which there is no valve and no limitation of their effects. Globalization has created problems that overtax national as well as inter- and supranational institutions and ultimately societies. They result from the incongruence of political borders and state sovereignty.

This can be observed as an example in Europe, where there are no institutions within the newly defined borders that could establish and enforce a legitimate common good or an accepted reconciliation of interests. Borders were abolished without adapting the relevant institutions at the same time.

The importance of borders will continue to shift in the age of digitisation. Belonging to a society will become more and more difficult to determine economically and politically; societies will emerge spontaneously in the future as a temporary order, as a functional constellation, as a situational coalition of individual interests. The question of the constitution and the common good, as well as the institutions that reconcile the two, will be a completely new one in a digital and global society. Borders" drawn in this sense are a necessary limitation of globalization.

The protection of freedom through borders is in the end a condition of peace. Therefore, we are now faced with the existential question of how, by cleverly setting boundaries, we can control global problems and make the world more peaceful again, without falling back into an age of renationalisation and protectionism. At the same time, the political stability of international relations, which is visibly threatened, is the rare condition for dominating the spreading fear of global collapse. A geopolitical de-escalation strategy in connection with sustainable economic policy is the order of the day.