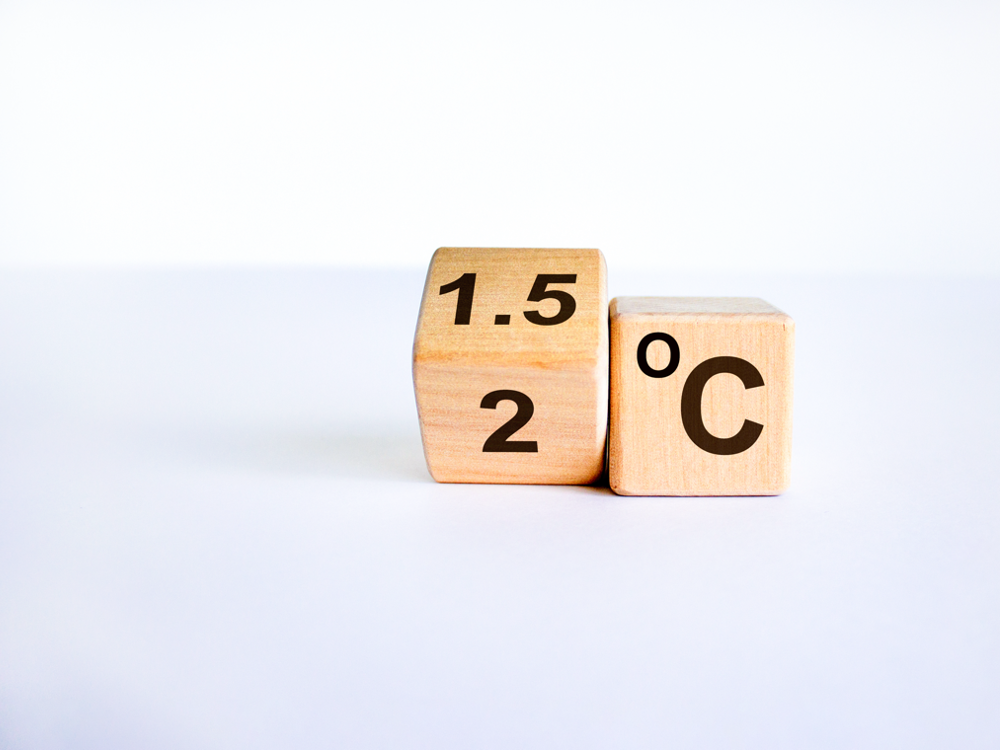 What are the scientific facts around climate change? The Lerbacher Runde asks, Professor Jochem Marotzke, coordinating lead author for the chapter "Future World Climate" in the current IPPC report, answers.

Lerbacher Runde (LR) COP26 was called the Last Chance Saloon.Did the world use the last chance?

Jochem Marotzke (JM) For me, the outcome of the climate summit left me with mixed feelings. Glasgow has by no means put us back on track towards the 1.5 degree target and in this respect was disappointing for many. On the other hand, the conference also brought many important advances. Despite all the slowdowns: The end of coal was heralded. That is a beacon.

JM I don't think so. In the scenarios that are consistent with 1.5-degree warming, gigantic amounts of CO2 would have to be taken out of the atmosphere. We have pretty robust scientific analysis that shows that this combination of emissions reduction and CO2 storage is not plausible.

LR What else is possible?

JM We have a decent chance of achieving the two-degree target. However, that will require very rapid change of course. That will also be enormously difficult.

LR What does two degrees of global warming mean for all of us?

JM In general, more climate change means more risks. It simply increases the likelihood of destructive events, sea levels rise faster. But there is no clear line between safe and dangerous climate change. Only if climate change goes on and on will we lose some things irrevocably. Corals are the most at risk.

LR There has been a lot of discussion in the past about similar tipping points such as disruption of oceanic circulation, ocean acidification or glacier melt. Have we passed some of these yet?

JM No. A definitive tipping point, as many imagine, is also rather unlikely in many aspects. The most critical tipping point for me is the Greenland ice sheet. But even that will not disappear in decades.Even if it happens quickly, it will take a few thousand years. But then it really won't come back. That's a real overturning.

JM There's a study of record heat in western Canada in June 2021. The town of Lytton burned down after it got almost 50 degrees there. It looked at whether such heat would have happened without climate change. The answer is: it's virtually impossible. It could only have come about because of climate change.

LR Not all countries will be equally affected by climate change. Can you outline the differences?

JM Germany will warm up 1.5 times as much as the global average, the Arctic three times as much, southern Africa two times as much. So with the world two degrees warmer, Africa will be four degrees warmer. The concerns about dramatic droughts in this region are therefore absolutely justified. This also shows why we must avoid global warming of four degrees at all costs. Because for southern Africa, that would mean seven or eight degrees. Then humans would no longer be able to stay outside there.The physiological resistance of the human body would be exceeded because the combination of heat and humidity could no longer be buffered by the body. That would be a catastrophe and would result in global political dislocation.

LR The question now is, what can we do? And above all, what can individual countries like Germany do?

JM In the end, the world cannot avoid the need to exit the fossil fuel economy. All other measures won't be enough if we can't do that. Fossil fuels destroy everything else we could achieve in terms of progress. In isolation, of course, Germany can do nothing. But the EU as a whole, as the third largest emitter of CO2, does have an impact. Of course, those who lead the way are always afraid of pulling the chestnuts out of the fire for the others, the free riders. Because the phase-out is, of course, initially associated with economic costs. Nevertheless, I would like to encourage you to do so. Whoever is the first to act determines the direction in which technologies, new processes and new systems will go. And can then also make better use of the considerable opportunities that this will bring.

LR How do you interpret China's role?

JM China wants to be greenhouse gas neutral by 2060. And it wants to reduce its emissions from 2030. I'm skeptical that that will actually be implemented, though. I think it's pretty certain that its own power politics will be more important to the Chinese government than global climate protection. That makes it very difficult for the climate goals.

LR What is your position on the use of nuclear power?

JM Nuclear power as a future climate protection measure would be far too expensive, according to all analyses. I wouldn't rush to shut down existing plants, but I wouldn't build new plants. It doesn't make economic sense.

LR Can tidal power or reforestation make a difference?

JM What is economically viable in terms of hydropower has already been implemented in many places. A huge tidal range is needed for new tidal power plants. There aren't many places in the world's oceans where that can work. And for reforestation, you have to know:Only half of what we take out of the air through reforestation has an effect on the climate. All nature-based methods have their limits. Nevertheless, they make sense. But they will not save the climate if we continue to use fossil fuels.

LR Many see the CO2 price as a steering instrument for this.Where would this price have to be in order to achieve the two-degree target?

JM This question is much debated among economists. A figure of 180 euros per tonne is being bandied about. This also has to do with the fact that many technologies that extract CO2 from the air, capture it or put it to other uses would then become worthwhile. But this is also a complex problem.If the price is enforced, through a tax or quantity caps in emissions trading, there can be social upheaval. Not all countries can afford these CO2 prices. And if they then become internally unstable, nothing is gained. In addition to the price, we therefore need internationally coordinated regulations.

LR Fusion technology has long been a great source of hope. Could emission-free, virtually free electricity from this technology save the world?

JM As a young person interested in physics, I used to read that fusion would be ready to generate energy in 30 years. That number still stands today. It is undoubtedly worth pursuing. However, I don't think it will be fast enough to replace fossil fuels for power generation. The technical and scientific challenges are simply too great.

JM It does seem that particles could be deployed into the stratosphere that would then reflect sunlight back. But that worries me more than it gives me hope. Suppose a powerful country decides to do this. If another country somewhere in the world then got into trouble because precipitation areas shifted as a result, serious international conflicts would be programmed.

LR Young people in particular have existential fears in connection with climate change.Is that justified?

JM I would actually like to see less crisis lyricism and more science in the discussion. The fact that many young people believe they have no chance of survival in Germany depresses me. Of course the risks of natural disasters are increasing.But we can clearly say: your lives are not directly threatened. But that does not apply to every spot on earth. That's why we need to act decisively now.

LR What makes you confident that this will happen, even though Glasgow failed to make a breakthrough this year?

JM The big advance of the 2015 Paris climate agreement was not so much the commitment to the 1.5 degree target. Paris succeeded in turning a global problem, where everyone thinks everyone else is solving it for them, into 195 national problems. Now, of course, each country still has to meet its national climate targets, which is anything but easy.But at least Paris has made it binding under international law that each country is responsible for it. And it is in this spirit that policy will continue to move forward. As I said, I'm not writing off the two-degree target just yet.And the world could live with that.

How to earn it Gerd Hübner 579
Expansion strategy. Arne Weber and his wife Fan…