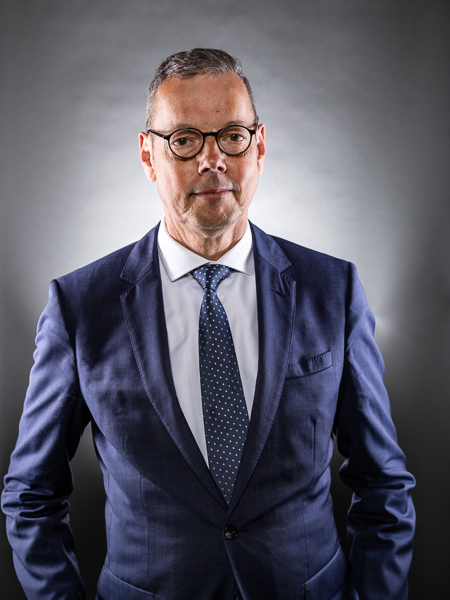 The economist Peter Bofinger has always defended the monetary policy of the ECB. Why Mario Draghi did (almost) everything right, but should now step on the brakes, Bofinger discusses with the Lerbach round.

I think Mario Draghi did a fantastic job. How he prevented the collapse of the euro back then - in July 2012 - was great. We continue to benefit from the fact that the markets are still impressed by whatever it takes. The spell works.

The policy of the ECB is nevertheless controversial in the Council of Experts. My colleagues have been saying for some time that low interest rates are not appropriate either for the euro area or for Germany. The basis of this criticism is the so-called Taylor rule. Sie goes back to John Taylor, who in the early 1990s - on the basis of the actual interest rate policy of the Fed - developed a simple formula with which a central bank can achieve a stabilising monetary policy. For a long time, the rule roughly coincided with the actual interest rate policy. Since 2011, however, the Taylor interest rate for Germany has been around two to three percentage points above the der EZB rate. In the euro zone, too, around 2.5 per cent would have been appropriate under the Taylor rule in 2017 - not minus 0.4 per cent.

But the Taylor rule is just some kind of navigation system. Wenn you sit at im Auto, and your navigation system takes you further and further into the forest, then you have to question the system at some point. Unemployment in Europe was extremely high, the economy did not gain momentum, and governments had to make additional savings to appease the financial markets in the face of high debt levels. The ECB was able to break this vicious circle. Unemployment in Europe has fallen significantly. Because Mario Draghi took the pressure of the markets from the states, it was possible to consolidate more cautiously. Today, Europe is growing again, government revenues are rising, which is stabilizing the debt situation. Undesirable developments in the financial system are not yet discernible.

Nevertheless, the criticism of the ECB continues. They say it dispossesses the German saver and destroys the banks' interest margins. Is that really the case?

I don't see it that way. The interest margin of the banks has been flat like a board for years. After all, any bank can compete to get the loan interest it needs to make a profit. However, it is a mistake for the ECB to buy corporate bonds. She's crossed a line. Denn it has thus entered into competition with the banks. Die Companies can now say: "Great, I'm no longer going to the bank, but to Draghi, it's cheaper there."

Now zum Sparer. From 1967 to the present day, the real return on a savings book has been 0.003 percent. In in Draghi's term of office, it was minus 0.4 percent. That's not pretty, but it's not a disaster either. In addition, when it comes to bonds, the tax must still be taken into account. Many dream of the good old days, since there were still eight Prozent Anleihezins. But at that time the inflation rate was also six percent. Investors paid 50 Prozent Steuern - net they had only four percent left. Real - after inflation - was then minus two percent. Today, bond buyers are making a real minus of 1.5 percent. The fairy tale of the good alten Zeit is therefore illusion - a money illusion. The basic problem is simply that German investors were wrongly saving - too much money, too little real estate and too few stocks.

The current low level of interest rates also has to do with the fact that there is hardly any new supply on the bond market. The state's driving the black zero. And the German corporate sector has also been a net investor for a long time. He's sitting on his moneybags. At the same time, we have a savings ratio of zehn Prozent in Germany. Jedes Year a few hundred billion euros look for an investment, but nobody needs the capital. It's not Mario Draghi's fault. If a saver now wants someone to give him four percent for ten years, I ask myself: Who is that supposed to be?

I would urge you to see the whole package. We are not just savers, but employees, entrepreneurs and taxpayers. With Draghi's policy and monetary union, we have done very well as an economy, because with the euro we have a currency hedge for our industry against the euro zone and globally a currency that is not as strong as a mark would have been.

Overall, the ECB's policy in Germany is positive. The fact that such a negative attitude towards the ECB nevertheless prevails in Germany is not only inappropriate, it is also highly dangerous. For if there were a crash in the euro zone, we in Germany would be the main victims.

My Fazit: I do not deny that the ECB tends to overdose. Personally, I think we would have been able to cope with a somewhat less expansionary monetary policy. The negative insole set zum Beispiel was unnecessary. Does minus 0.4 really bring more growth than zero? This cannot be scientifically proven. Politically, however, this step has brought a lot of trouble. That should have been better avoided. But I do understand the approach. If no one can know what is too much and too little to get the economy going again, then it is better to do something too much. This is particularly true because monetary policy is barely capable of action due to the zero interest rate limit in the deflationary zone. However, it must then be constantly checked whether the overdose leads to undesirable developments.

The worst erroneous development would be inflation. But I can't see that there's inflation anywhere. In Bundesbank times we had an average rate of price increase of 2.7 per cent. And everyone was happy. Since the euro was introduced, it has averaged 1.4 percent, and 1.2 percent under Draghi. Even if inflation in Germany were to rise to 2.7 percent in the future, the world would not end.

At the upstream level, credit development is an important indicator of undesirable developments. The enormous expansion in 2006 and 2007 should have been ein Warnsignal I find it rather odd that so little is invested. Obviously, the companies have high return targets for their investments. Then it almost doesn't matter if the interest rate is zero or one. There's no warning light on there either.

Lerbacher Runde Herr Professor, isn't it a sin when the central bank overrides the market and manipulates the most important price, the interest rate?

Professor Peter Bofinger First of all, the key interest rate is always a political variable. This is determined 100 percent by the central bank with a view to the economic environment. The long-term interest rate theoretically reflects the opinion of market participants about future key interest rates. And inflation expectations. With this price formation above expectations, the connection to monetary policy is of course somewhat loose. With its bond purchases, the ECB has tightened the reins somewhat. I don't think that's a problem. Und it wasn't the original sin, by the way. In the 1960s and 70s, the Bundesbank had already bought bonds to lower long-term interest rates.

LR Will we ever get rid of these ghosts again?

PB I guess not. The central bank will probably never again allow a situation in which long-term interest rates suddenly jump up by one or two percentage points. But do we have to get rid of her? This should tend to give the financial system more stability.

LR Nevertheless, more and more people seem to distrust this "money management". Don't you see the appearance of crypto currencies as an indication of this?

PB First of all, I would say that crypto currencies are a brilliant way to commit investment fraud without being able to be prosecuted and thus become rich. Imagine, I promise you 20 percent return on Bofinger-Invest. Jeder of you gives me one million euros. Dann turns out that I never intended to invest this capital. Ich would go to jail.

But I could also say there's the Bofinger Coin. Der will have a fantastic performance because we have developed an extremely intelligent limiting emission process. And now I give you a promissory note - in front stands Bofinger-Coin, one Million Euro. Und on the back I write: "This note does not oblige to anything. Sie will never in life get anything from me for this appearance." If you give me your million euros anyway, that will be perfectly legal.

Of course, crypto currencies make it more intelligent. But at the core, it's the same. These are promissory notes that have nothing behind them and promise nothing. It is ingenious that a scarcity is given and the human being who invented all this, the creator of the Bitcoin, is separated from the booking system. So the whole thing gets something completely impersonal. Sie do not give your money to the Bofinger, but buy Bitcoins. And suddenly they no longer have the feeling of acquiring completely worthless stuff. That's brilliant.

LR Remains the question of mistrust in the monetary system.

PB Never before has so much money been held in relation to GDP as at the moment. That wouldn't be the case if there was a massive loss of confidence. Then the money stocks would be spent and the prices of goods would rise massively. We're seeing the opposite. From a monetary value perspective, we are a long way from a loss of confidence.

LR But do we not see inflation in the prices of assets - real estate, stocks, art?

PB Well - compared to other countries, the property price development is not so dramatic at all. And the stock prices are not extremely high either. I think it would be an exaggeration to put this thesis of mistrust on hold. If we had three percent inflation and the ECB would not slow down, then I would get nervous.

PB The ECB will not do much on short-term interest rates until next summer. Sie will stick to its approach of doing too much rather than too little and looking at the side effects;

PB Bond purchases should be stopped as soon as inflation forecasts for the euro area reach the two percent mark. Then the interest rate on the deposit facility should also be raised to zero relatively soon. At the same time, I would clearly communicate that in the event of too violent a reaction on the capital market - following the example of the Japanese central bank - a control of the interest rate structure would be carried out. ®

Opinionleader Christian Klein 90
With its rules on taxonomy, the EU will initiate…

How to earn it Cornelia Knust 139
Expansion. The Thannhuber family of entrepreneurs…

How to earn it Klaus Meitinger 95
Innovation. The only effective climate protection…