Change in the executive chair. 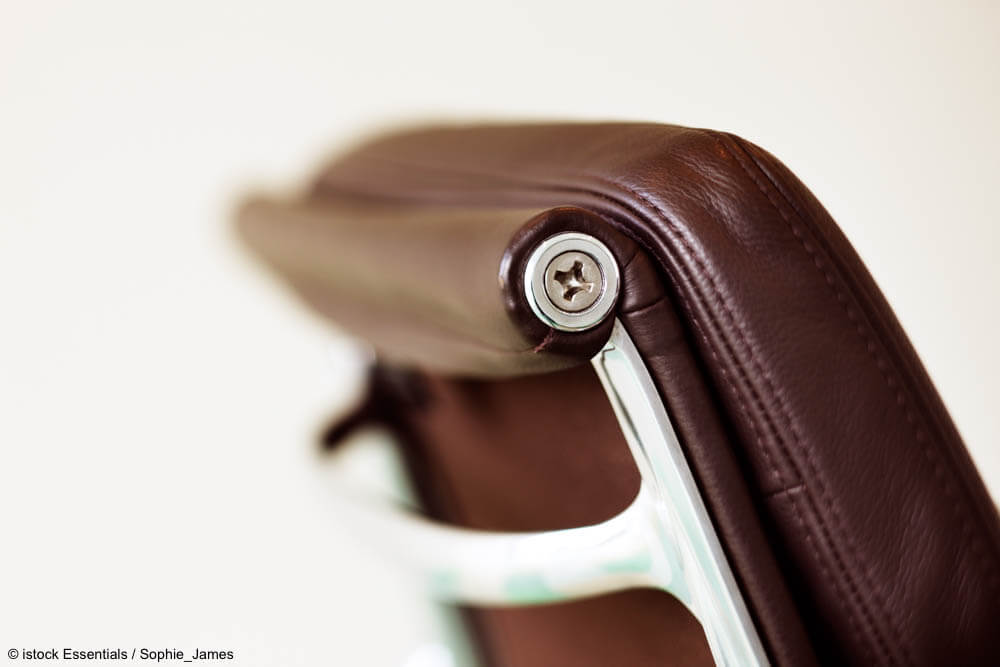 Company succession. A successful transfer of responsibility at the top of a company can not only ensure its continued existence, but can even lead to a growth spurt. The prerequisite for this, however, is early initiation and thorough planning of the succession process. Bankhaus Merck Finck offers support in this process.

Letting go is an art. Melanie Strüngmann, Head of Strategic Asset Planning at Merck Finck Privatbankiers, is familiar with this problem.

"Company owners like to delay the start of the transfer process," explains the expert for successful asset succession. The reasons for this are manifold. Some don't want to give up their power. The others do not find a successor who satisfies their own demands. And a third group says they just don't have the time to take care of it.

Melanie Strüngmann illustrates this with the example of the family business Müller (name changed by the editors) from the metalworking sector. "The medium-sized company is around 130 years old, was always owned by the family, stands for German quality products and operates worldwide via an established dealer network. However, the company, which is one of Germany's hidden champions, has even more potential in the area of digitization and internationalization."

To tap this potential is an ideal task for the next generation, which is at home in the digital world, speaks several languages and has international experience. "We have also noticed that NextGen is often able to set new trends because it dares to innovate," explains junior professor Max Leitterstorf from the WHU Otto Beisheim School of Management, with which the private bank Merck Finck cooperates on this topic. "And this often leads to a company experiencing a new heyday after the handover."

Flashback. About five years ago, the managing director of Müller, who owns 100 percent of the company, had for the first time dealt intensively with the subject of succession. It quickly became clear to him that he did not want to sell his company, but to look for suitable successors among his three children.

"The first important step is to create a requirements profile that is as precise as possible. Criteria such as skills, interests, experience and the character of potential successors must be taken into account," explains Strüngmann. "But there must also be motivation and willingness to take over at all."

Even such a requirement profile is a rarity. In more than half of the family businesses such a thing does not exist at all, because the owners either do not recognize the necessity or - apart from the daily business - have no time for it.

The next step was to bring all those involved - both the individual family members and technical experts such as tax advisors and auditors - together at one table.

"It makes sense to involve a neutral person as moderator or even mediator, especially if there are complex participation structures and the family is even divided," explains researcher Leitterstorf, who deals with this topic scientifically. "Because within this framework many problems can be solved in advance. It is usually easy to see who from the family is suitable for succession and how future participation structures could be adjusted under certain circumstances."

At Müller, the choice fell on the eldest daughter and the youngest son. "The actual succession process begins with this decision," informs Strüngmann. Now it is a matter of working out a precise plan for the handover and the accompanying communication and ideally recording this in writing.

This is also a problem in many cases. According to a study by WHU, only twelve percent of all companies affected have a written training plan for potential successors. Only every fifth company has a communication plan. "In the case of Müller, however, this was precisely the most important prerequisite for smoothly introducing the two successors to the company and their future tasks. “

The next challenge is the successful handover itself. "In practice, it often fails in the first months of cooperation between the successors and the transferor," Max Leitterstorf outlines the problem. Studies show that on average one year after the handover, the transferor still continues to work around 40 hours a week in the company. This can have advantages, such as the complete passing on of information and the possibility for the successor to slowly grow into the role of the new boss. "Frequently, however, this also calls into question the legitimacy of the successor and thus impedes a lack of change, which may also be necessary.

So an entrepreneur must be able to let go. "Ideally, roles and responsibilities are therefore clearly defined, and after the official handover there is no job at all for the transferor in the company," Strüngmann suggests.

Those who orient themselves towards this increase the chances that the next generation will actually lead the company into a successful future. "Strüngmann concludes: "Only if the transferor gives his successors the freedom to implement their own ideas can an entrepreneurial renewal take place. In the meantime, the success has been demonstrated by the Müller company. Thanks to the use of new technologies, the efficiency of the company was increased and new sales channels were developed. NextGen's entrepreneurial ideas are reflected in rising revenues and higher profit margins. The fresh cell cure has paid off;

Company handover - what a bank partner can contribute.

The be-all and end-all of a successful company handover is early and thorough planning. "Experience also shows, however, that the support of a neutral consultant with financial knowledge throughout the entire process can be an important success factor," explains Melanie Strüngmann, Head of Strategic Asset Planning at Merck Finck.

After all, there are many other important questions to answer in addition to the selection and introduction of young talent. Should new shareholders be brought on board? How does the tax burden remain bearable for the company and all parties involved? What steps are necessary to ensure the income of the retiring company owner? Is the compensation of heirs who do not hold an interest in the company taken into account in liquidity management? A private bank like Merck Finck is suitable as the initiator and center of such a transfer process. It can take asset succession into account not only in the context of asset controlling, but can also provide professional support in strategic asset planning.

Opinionleader Christian Klein 48
With its rules on taxonomy, the EU will initiate…

How to earn it Cornelia Knust 70
Expansion. The Thannhuber family of entrepreneurs…

How to earn it Klaus Meitinger 49
Innovation. The only effective climate protection…