An eye for beauty. 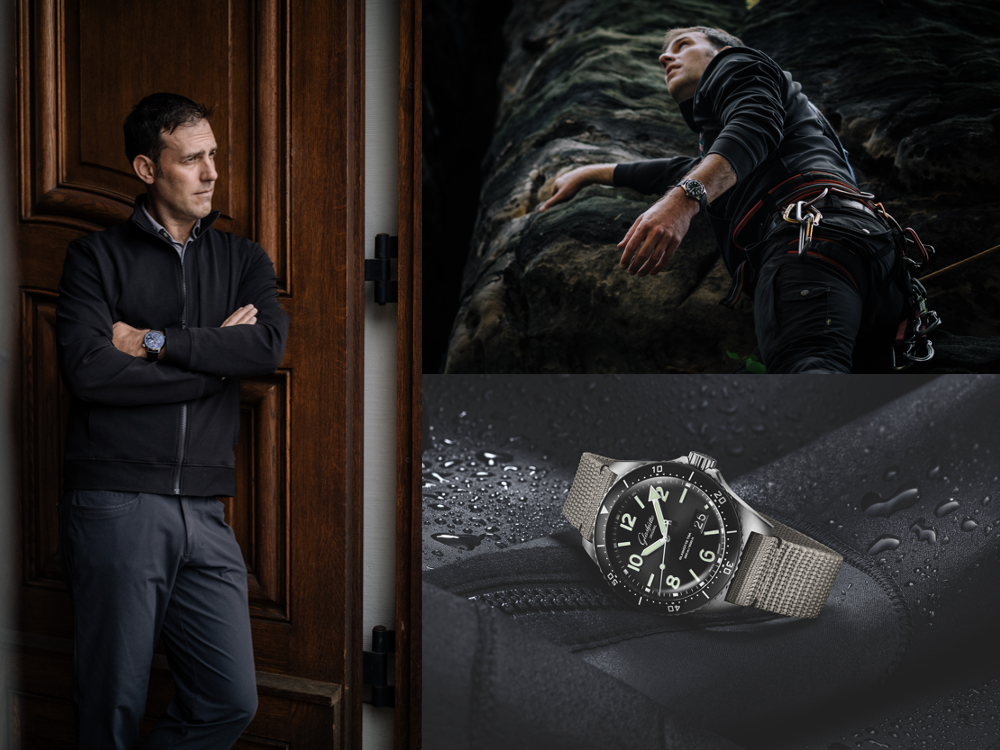 I don't even remember how my passion for mechanical watches started. Other men "inherit" them from their father, but mine never wore one. He was an Olympian and recorded his lap times with a plastic digital sports watch. After all - my dad got me into sports. So while he wasn't responsible for my taste in watches, he was partly responsible for the start of my career.

I myself have always liked carefully handcrafted things. I reported from China for the New York Times for a number of years, and on my travels through the country I saw many people producing things according to the old rules of craftsmanship: Ceramics, carvings, furniture. None of this is as delicate as assembling a clock, but it also requires great talent and experience - skills that are slowly disappearing. That's where the idea for my "Meet the Makers" series came from. I wanted to show craftsmen whose knowledge has been passed down through generations and must not be lost. When a 3-D printer can produce a sculpture in the blink of an eye and out of nowhere, for which a carver needs days, this danger becomes almost tangible.

Watchmaking, of course, is on the safe side - if only because no one is likely to invent a machine so quickly that can make a complicated mechanical watch out of thousands of parts. In addition, there are enough people who appreciate the analogue, the aesthetically pleasing, especially in digital times.

As a photographer, I find beauty first in nature, in a dramatic thunderstorm, a sunrise or a starry night sky. I collect such moments. The same goes for the beauty of danger, by the way. A sandstorm, anything that nature threatens you with, has its own aesthetic. But I also enjoy cars, architecture and wristwatches.

As you can see, in a way I live in two worlds, for which I equip myself very differently - even with two completely different watches. At the moment, after all, travelling is difficult, but in 2019 I was constantly on the move, from airport to airport, and so I kept switching to a different local time on the "Senator Cosmopolite" from Glashütte Original. I have several offices, but Dubai is always set as my home time, where I have had my center of life for years.

I wear my sturdy "SeaQ Panoramadatum" for the reports. Its mechanical drive has nothing to do with nostalgia. My whole life as an adventurer and journalist revolves around batteries far too often, because every now and then we are far away from any power outlet for 14 days. I need something self-sufficient and resilient on my wrist. For me, it's not about tenths of a second, but about precise daily planning: setting off, arriving at a summit and returning to base camp ... If something goes wrong during the day, it's a good feeling to have a reliable instrument on your arm.

In the meantime, I have even been able to take a look at the Glashütte Original workshops. It was my first visit to a watch manufacture. I was able to look over the shoulders of the specialists, who use very fine tweezers to move and assemble the tiniest parts that I couldn't even see with the naked eye. Honestly, my brain doesn't work that way. They also let me try to put an ornamental cut on a circuit board and press chatons into it ... Let's just say that I now know even more precisely where my abilities lie - and where they don't.

The studios in Glashütte are of course modern, hygienic and dust-free. But then there are old-fashioned machines with handwheels and drive belts. And it smells a little like many arts and crafts workshops. A lot of things are obviously deliberately not changed. That's one of the virtues I find beautiful. To wear a piece of fine watchmaking, built from hundreds of parts over many hours, I consider a special privilege. Perhaps such a watch is one of the most meaningful objects of all. More than almost any other accessory, it reflects who you are and what you stand for.