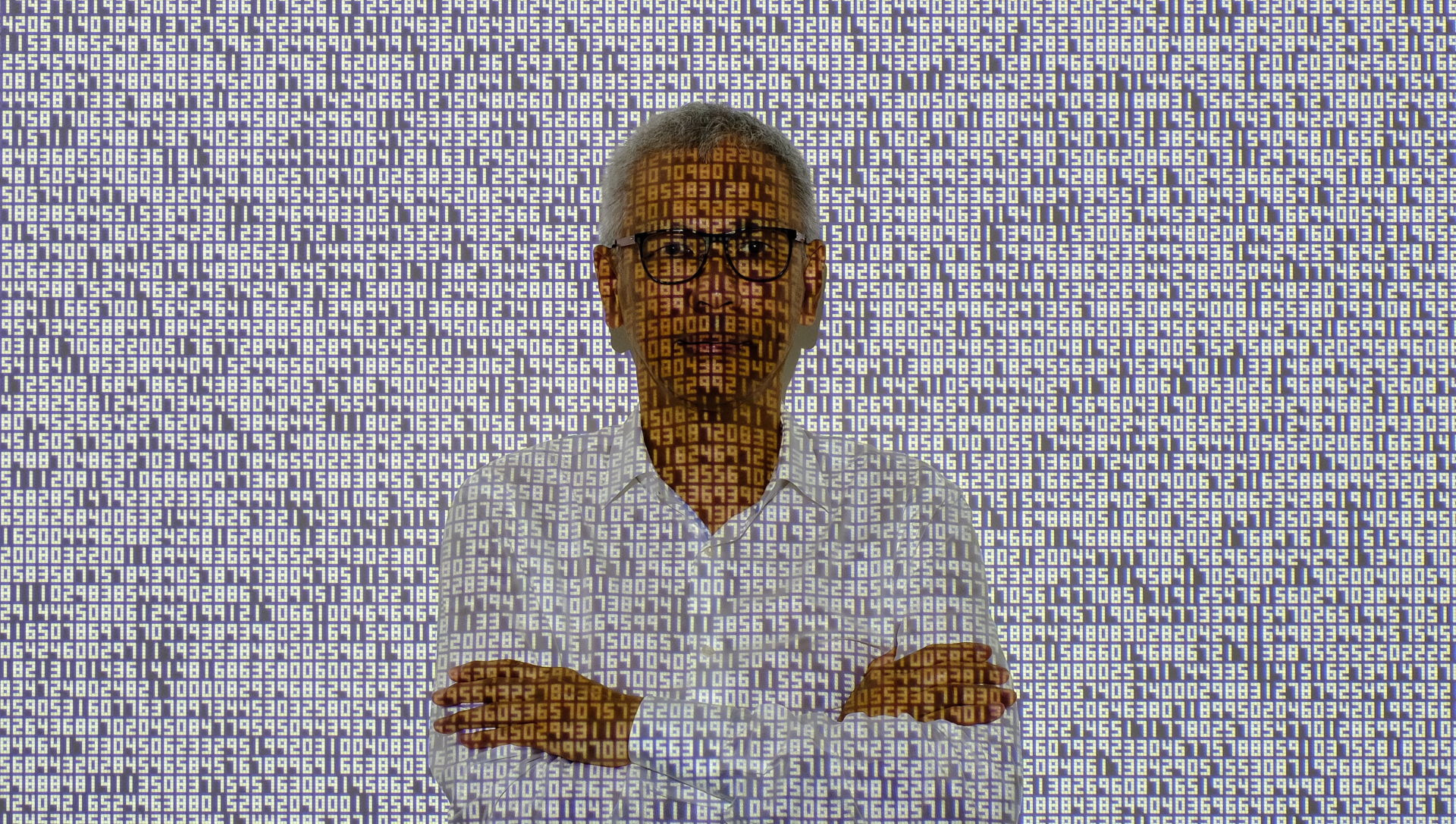 Art Collection. New technologies are revolutionizing art. Digitization, virtual reality and augmented reality enable new forms of expression. And open up new worlds for collectors. Indonesian entrepreneur Wiyu Wahono is one of the world's most renowned collectors of art that reflects the spirit of the times. How does that work? And what challenges do collectors have to face in the process?

Indonesian entrepreneur Wiyu Wahono seeks to preserve the current zeitgeist for future generations through the language of art. His collection includes works of bioart, light art, sound art to performance art, scanography, audio-visual installations and digital art. He is thus in the tradition of collectors such as Peggy Guggenheim, who, against all norms, assembled one of the most influential collections of modern art, or Ingvild Goetz, whose main focus has always been on unknown, inaccessible, and often difficult art forms such as contemporary media art. Few collectors have the courage to acquire objects that no one quite understands yet.

Even in the modern era, many masterpieces were not recognized as such because of their novelty. Art that emerged towards the end of the 19th century under the conditions of new technologies and world views was initially reviled as "Impressionist" because it disregarded the established rules and laws of art. Today, however, Impressionism is considered the starting point of modern painting.

To collect this art is to engage with the zeitgeist of one's era, to break with tradition, and to embrace the future. As the history of collecting shows, it is mainly entrepreneurs or scientists who muster the courage for change and acquire completely new art.

In Wiyu Wahono's collection, technology-based works account for about 30 percent. "My technical knowledge probably makes it easier for me to understand how a technology-based artwork works," says the engineer with a PhD in plastics technology. In an interview with Annette Doms, he talks about his experience with art that breaks completely new ground and therefore defies comparison.

private wealth: Wiyu, how do you approach the subject of zeitgeist art?

Wiyu Wahono: I collect art with the question of what a person 100 years from now might most likely define as our current zeitgeist. Unfortunately, this can only ever be interpreted retrospectively. Looking back, we now know that the zeitgeist of the 15th-16th centuries was humanism, which coincides with the invention of central perspective in art. Therefore, the historically significant paintings of this period are the Renaissance paintings.

pw: What content do you think corresponds to our time?

WW: I believe that the most important themes are to be found in the areas of digitalization, globalization, climate change and the environment, and urbanization. They determine our general living conditions - not only in art - and are relevant to us today, but also reach into the future. I see collecting art in the context of these issues as an intellectual experience that goes far beyond a sensory one.

pw: How do you personally perceive our reality?

WW: Reality is becoming increasingly blurred and alarming. We live in a time when our ability to distinguish reality from fiction is diminishing. Whatever we read and see on television or the internet is largely media-driven and artificially constructed to fit our worldviews. That's why we have to be very critical of what we read and see.

Artworks that deal with virtual and augmented reality show how easily the perception of reality can be manipulated. Mark Farid's work "Seeing I" explores the psychological effects of reality perception by wearing a VR headset for seven days as an artist and experiencing the life of a different person each day. The further we move into the information age, the less tangible our reality becomes.

pw: Will these technological developments also change the perception of art?

WW: Many artists have already created a realm that is no longer human. Art based on the senses will therefore soon be obsolete. Aesthetics needs new descriptions to understand artistic practice in the era of new media art.

pw: Technologies are developing rapidly as never before. As a collector of media art, how do you deal with the challenge that groundbreaking ideas of today could be old hat tomorrow, of no interest to anyone?

WW: Of course, technology-based artworks are captivating because of advanced technologies. However, we all know that sooner or later they will become our new standard. If a media artwork attracts viewers' attention only through technology, it will lose its magic effect one day. Therefore, I prefer to collect media art that is in the context of environment, urbanization or globalization. "Re-Animated" by Jakob Kudsk Steensen, for example, is a VR artwork that deals with an extinct bird in Hawaii. The context of the environment will keep this artwork interesting for a long time.

pw: How do you manage to identify novel artworks early on?

WW: I believe in kaizen, the act of making bad things better-otherwise I wouldn't be so eager to explore novel artworks in their early stages. Inspirational sources are various books on contemporary art theory. Some of my favorite authors are Arthur Danto, Terry Smith, Julian Stallabrass, Alexander Dumbadze, and Suzanne Hudson. Through their books, I was able to slowly gain a clearer picture of why contemporary art came to be and what "contemporary" actually means today. With this understanding, I was able to feel the vibe of good contemporary art in an exhibition. The thoughts of these authors and my experience allow me to recognize the quality of innovative art.

pw: Where do you find digital art?

WW: Traditional art fairs are not the place for me. But I like to go to documenta or the Venice Biennale. The best is Ars Electronica in Linz. The festival has been an internationally unique platform for digital art and media culture since 1979. But I also like to visit unusual places known for innovative art, such as the small Texas town of Marfa, Naoshima Island in Japan, or MONA - the Museum of Old and New Art in Tasmania, Australia - because they offer me a unique experience and match my intense passion for art. I would also love to experience Michael Heizer's work "Double Negative" (1969) in the Nevada desert, USA, which is classified as Land Art. Places that are not easily accessible fascinate me a lot.

pw: Since the invention of the iPhone, our lives have become increasingly digital. Why is digital art still a niche product, though?

WW: First and foremost, dealing with the question of what art is or can be today is no longer contemporary. For example, reading art books about 20th century art can lead to a misguided search for an answer to the outdated question, "Is this art?" Often the purposefulness of fine and applied art such as crafts or product design influences how we think about art. This can lead new art collectors to look for visually appealing artworks, such as significant form - the combination of lines, colors, and textures - that touch their aesthetic sensibilities. The notion of "form over content" dominates the judgment of what is "good" art. Collecting digital art of our time, on the other hand, requires entirely different criteria for judgment, such as the specificity of a medium, the importance of context, or the artwork's message beyond the aesthetic. It's hard to "see" the digital world we're so fused with - a fish in water doesn't question what water is.

pw: What challenges await a collector of media art?

WW: Collecting and maintaining media art is very challenging. For example, there are additional costs for equipment and installations. But for me it is both a joy and an adventure. For example, Ryoji Ikeda's "data.tron" - an audiovisual installation that lets the viewer experience the infinite universe of data according to strictly mathematical principles - requires a specific projector that was difficult to obtain and also quite expensive. The image must be projected very sharply to show the tiny numbers. For Ming Wong's video installation "Life of Imitation," I even had to change the architecture of my office to guarantee a dark room.

I also have a bio-art piece by Brazilian-American artist Eduardo Kac in my collection. Using his own DNA, he created a genetically modified flower. The flower's dark red veins symbolize Kac's own veins. The petals mimic Kac's skin color - a reference to his Brazilian heritage. Keeping a flower alive in my office building is a challenge, especially for someone who doesn't otherwise own plants or have a green thumb.

Another of my bio-art pieces consists of 265 glass flasks filled with living bacteria that mimic an image taken with a camera. It's a unique, wonderful piece of work. But the work needs to be cleaned once or twice a year. That then takes two days and two people! And believe me, manually removing more than 1000 tiny screws is pretty annoying. ®

"The work 'Model 5' by the artist duo Granular Synthesis - Kurt Hentschlaeger & Ulf Langheinrich - was created in 1994, when the digital camcorder was first available to the public," Wiyu Wahono explains. "Earlier camcorders were analogue, and the process processing capability was not good compared to today. The artist duo was first adopters of this technology. It had asked a Japanese dancer to perform a simple head movement, which it recorded with the camcorder. For the first time in history, moving images were recorded as a 'digital file'. The file was cut into small segments - called grains - and then reassembled into a continuum. During this time, this video editing process was something completely new and exciting. The artists explored how processing a digital file with this new medium could 'create' emotions - fatigue, terror, stress, relief.

The Japanese face is a metaphor for the increasing number of immigrants that have appeared in every city since 1989 in the wake of globalization, but especially in the 1990s. I believe that human nature is afraid of the unknown, and through the sounds processed into grains, these machine-like, frightening strangers seem to speak an incomprehensible language. I decided to acquire this seminal artwork because it reflects both the context of digitalization and globalization."

"The work ,0 degree' by Deni Ramdani concerns the issue of urbanization. The last few decades have seen an unprecedented increase in the number of megacities, as more and more people leave their rural homes to move to cities. Migration to densely populated cities creates many problems that we still face today. Ironically, many who live surrounded by millions of people feel lonelier than ever before. This is a serious, paradoxical problem that continues to be underestimated.

Ramdani's work recalls his own village - a once idyllic place with shady trees, clear waterways and fish ponds, tiny forests and hills, before it was massively altered by foreign developers.

His work shows a plastic bag filled with water and a goldfish. The bag has small holes from which water slowly escapes. The awareness that this fish will soon suffocate and die makes the viewer feel uncomfortable. For me, this work is a metaphor for the human condition in megacities whose resources will soon be exhausted. Our careless attitude towards the environment persists in many countries around the world. If we don't plug all the holes to stop the water from leaking, we'll all be fish in a bag, slowly dying."

In March, an auction of a digital artwork by US artist Beeple at Christie's auction house fetched $69 million. The sale put Beeple in the top three most valuable living artists - behind Jeff Koons and David Hockney. The artwork was issued with a digital certificate of authenticity, a "non-fungible token" (NFT) that can be authenticated, certified, and identified with absolute tamper-proofness using the blockchain. NFTs are unique crypto-collectibles and a subset of digital art. Blockchain technology is thus being associated with art beyond the world of finance and is ensuring greater transparency and democratisation in the art market. Its value is currently determined by the enormous demand. Visionary Wiyu Wahono already bought crypto artworks a few months ago.