Founders are setting a new course. 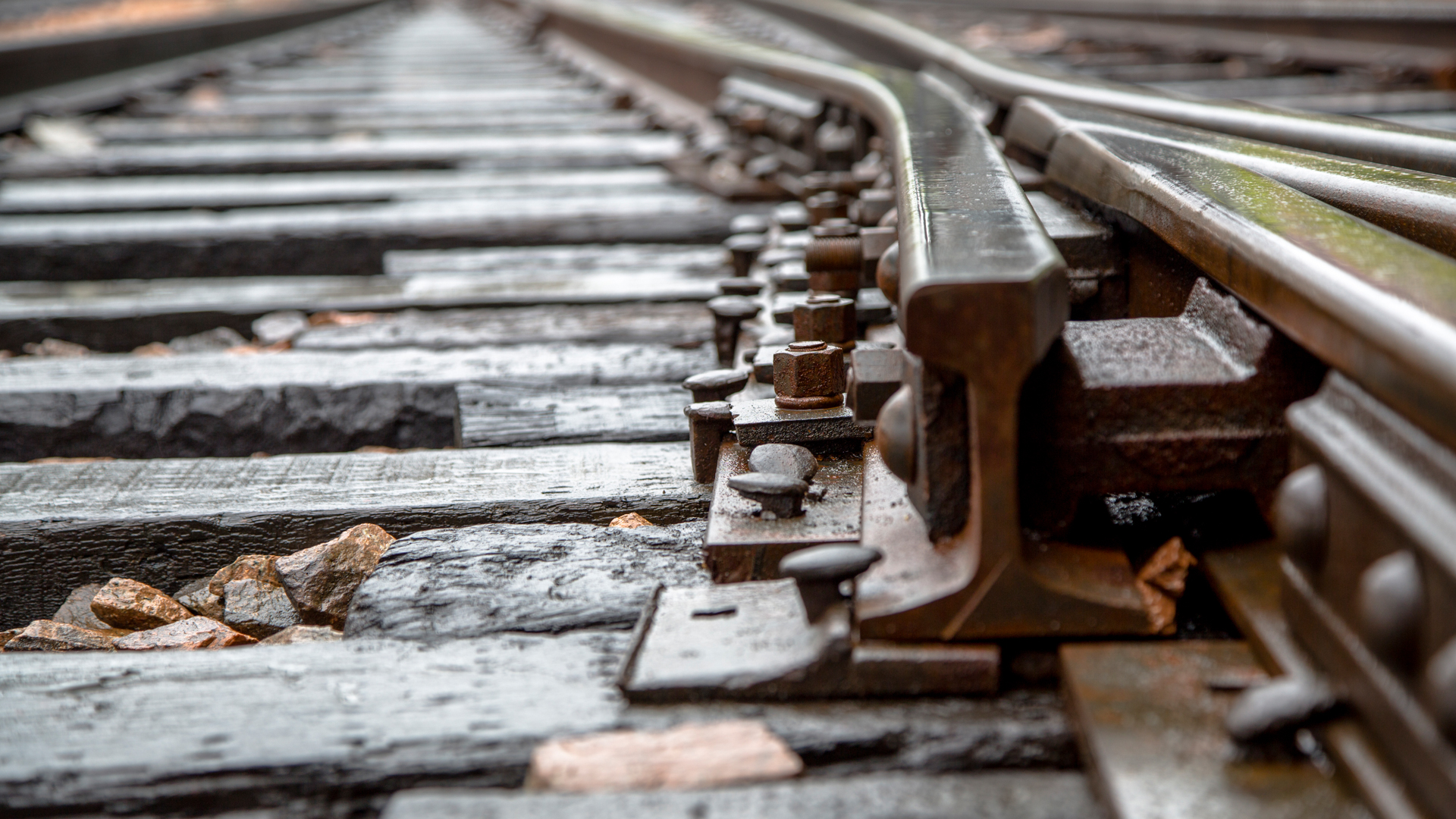 commitment. In the zero interest rate era, many foundations only exist on paper. Due to a lack of income, they can no longer provide support. "The purpose of a foundation is then missed, the founder's will no longer achieved," says Ralf Schwind, Chairman of the Executive Board of the Merck Finck Foundation, making it clear and outlining ways out of this dilemma.

Germany is proud of the civil society commitment of its wealthy citizens. Some 23,000 legally independent, non-profit foundations assume responsibility for society, want to make a difference for the common good, solve problems for which no one else feels responsible. "In Europe, Germany is by far the number one in this field. But this valuable asset, warns Ralf Schwind, Chairman of the Executive Board of the Merck Finck Foundation, "now threatens to be lost little by little".

According to the expert's calculations, around two-thirds of German foundations only have basic assets of less than one million euros. "The bitter reality is that many of these small foundations will no longer be able to do what they were set up to do - to support.

The big problem: In Germany, two principles for foundations are equally important. On the one hand, they should promote, that's what the tax exemption is for. On the other hand, the capital of the foundations should also be preserved. After all, the founders have established their organizations for eternity. "This was no problem in times of five percent interest. Today, in the zero-interest era, the relation between income and costs simply no longer fits. Preserving capital and at the same time promoting it no longer works for many."

Ralf Schwind outlines the dilemma using concrete figures for a foundation with basic assets of one million euros. "Even if it invests 50 percent in material assets and is successful in doing so, it will generally not be able to generate more than 10,000 to 15,000 euros in ordinary income. From this, the fixed costs have to be covered - annual accounts with audit, bookkeeping, fees for committees, staffed by professionals who know about foundations". There would then be hardly anything left for the purpose of the foundation, the promotion. "Surely this cannot be in the founder's interest and in the interest of our entire society. Foundations that can't fulfill their purpose for years are no more than a carte blanche," Schwind makes clear.

To change this, there are only three possibilities: "The foundation must increase its income, reduce its costs or change its form of foundation - for example, turn the Eternity Foundation into a consumer foundation. Ralf Schwind would like to initiate the discourse on this. "I find the American model interesting, for example. According to this model, foundations must distribute five percent of their assets each year. no matter how much income they generate. So the idea of sponsorship is prioritized."

In Germany, on the other hand, reorganization plans often meet with resistance from the supervisory authorities. They see their most important task in enforcing the will of the founder according to the statutes. "If the possibility of a consumer foundation is not laid down there, the supervisory authorities will therefore generally refuse to approve the conversion," explains Schwind. "I counter this by saying that the founder certainly did not know at the time that there would one day be something like minus interest. Moreover, the Consumption Foundation has only been around for a few years as a possible alternative. Wouldn't it make more sense to consider what he would do if he knew the situation today? All the founders I know want to do something good, want to make a difference. If foundations can no longer provide support for a certain period of time, the supervisory authority should insist that they change their position. The foundation's funding should come first."

If the goal is to improve the relationship between income and costs, the size of the foundation is the most important factor. "Many costs are a fixed administrative burden. In larger units, their share decreases in percentage terms, the scope for funding increases accordingly. For this reason alone, I am convinced that a foundation with less than three million euros in basic assets no longer makes sense in the long term.

Size is also an important argument when it comes to capital investment. "Many asset classes - agriculture, forestry, and above all private equity - remain denied to small foundations because they have neither sufficient capital nor the necessary know-how and network. The higher the assets, the better the diversification possibilities and return prospects," explains the professional.

At the same time, he says, it is also necessary today to fundamentally rethink the investment strategy. "I wonder whether it is really in keeping with the foundation's philosophy to invest primarily in nominal values. Does it really make sense to invest a large part of the foundation's assets in the long term in financial assets such as bonds, when political actors around the world are free to control the character and supply of money as they see fit? Or is it not much more purposeful to use tangible assets to rely on the innovative power, intelligence and know-how of the private economic system?

In the Merck Finck Foundation, for example, at least 75% of the capital is usually invested in tangible assets. "Thanks to the broad diversification and correspondingly stable distributions, we ensure the foundation's performance. If the share prices and thus the book values of the investments fluctuate, this is almost irrelevant in view of our long-term investment horizon. Ralf Schwind was correspondingly relaxed during the turbulence of recent months. "I knew beforehand that stock market prices can fall. And I was always convinced that they would rise again at some point. No need to get carried away.

Because larger units can invest more efficiently, Schwind is advocating making it easier for small foundations to join forces in the future or to slip under the roof of a larger foundation.

The Merck Finck Foundation itself has offered a viable option since 2007. "We have defined 15 foundation purposes very broadly. These include almost all conceivable funding opportunities. Every donor can support the project that is close to his or her heart. They even have the opportunity to fill out the role of benefactor under their own name. The name of the endowment is then, for example, 'Stiftungsfonds Max Mustermann'", explains Ralf Schwind.

The expert criticises that even such steps are still too often blocked by the supervisory bodies today: "There are often discussions that go on for months. If the larger foundation has also anchored the respective purpose of the foundation in its statutes and is able to reflect its funding purposes, such a solution should be encouraged and not hindered".

Today, Schwind is convinced that the foundation landscape can still be actively restructured. "But if we do nothing, the normative power of the factual will force changes in the next 10 to 20 years that will be to the detriment of society.

Ralf Schwind advises the boards of small foundations that have recognized this problem to become active themselves. "Look for a larger foundation under whose roof you would like to slip. Meet with its board of directors, then make a board decision and submit it to the supervisory authority. "Make it clear that you will then resign."

Endowment: This is how the Merck Finck Foundation works.

Charitable people can make donations to the Merck Finck Foundation for amounts as low as 20000 euros.

The first step is to define what the endowment is to stand for. "This can be defined down to the last facet of a specific funding project," Schwind explains. Because the purpose of the Merck Finck Foundation is extremely broad, almost anything is possible.

The donors now receive regular information about the foundation's income to which they are entitled. "The lower limit of what we have distributed to the donors each year since the foundation was established is two percent. We want to continue to achieve this in the future," explains Schwind. The foundation benefits from the fact that all organs - the Board of Directors, the Foundation Board, the Board of Trustees - as well as almost the entire administration are provided by the bank free of charge. "This is our contribution to the common good. We now only have three cost blocks - asset management, which charges 0.5 percent, membership of the Federal Association of German Foundations and the costs of preparing the annual financial statements - and it couldn't be cheaper.

In the next step, the donor then names the organization he wants to support. "We contact her, verify that she is indeed a charitable organization and handle the entire transaction." Even the question of liability for capital losses does not arise for the donor. "That's our responsibility too, after all."

In principle, Schwind concludes, the Merck Finck Foundation is a house where all people who want to do something for the common good can move in immediately. "The rooms are furnished, everything is prepared, and we take care of all the necessary work. This allows the donors to concentrate on what is really important to them - their commitment to promoting a goal that is close to their hearts.