Between tradition and modernity. 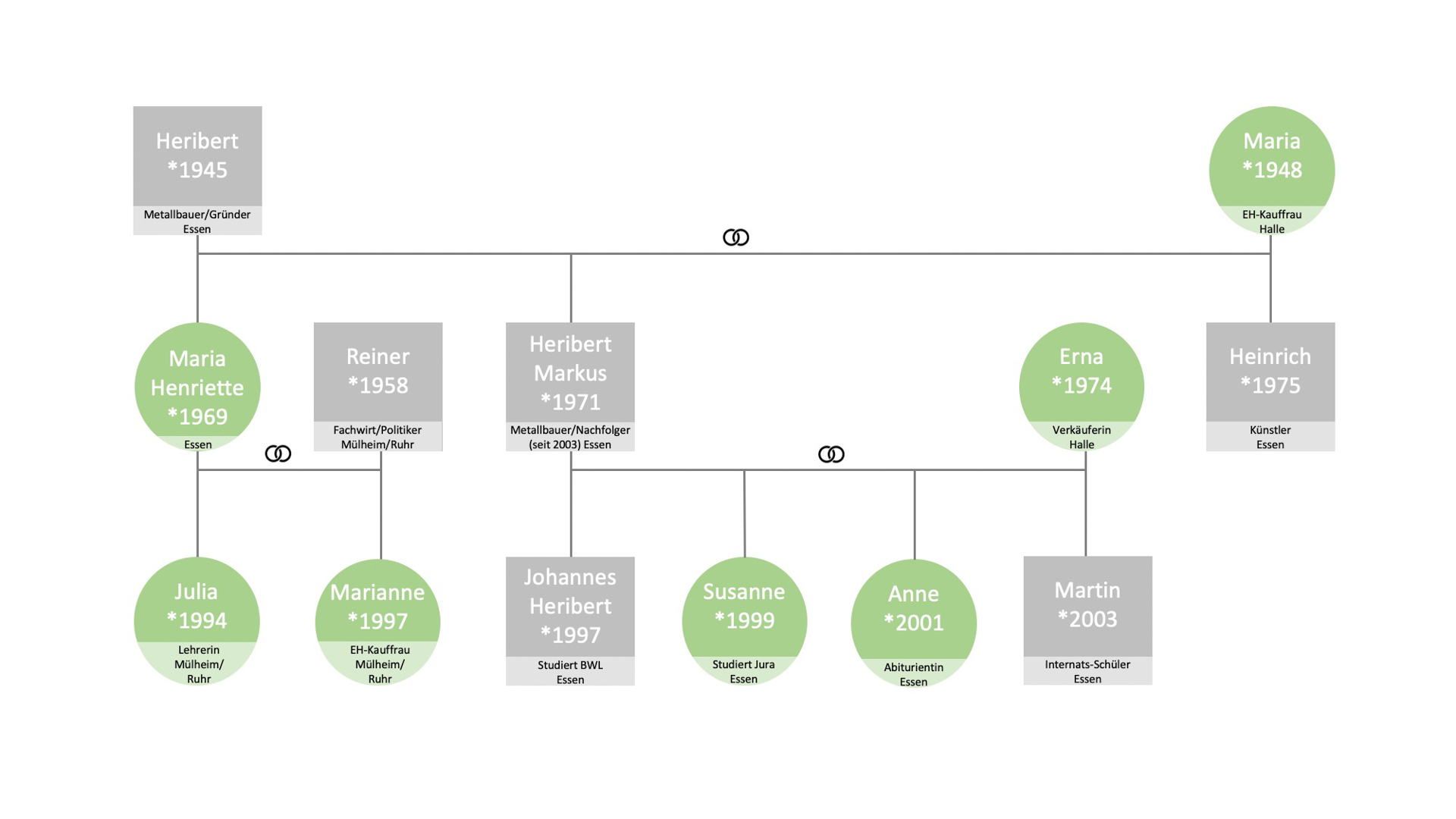 The great challenge for entrepreneurial families is to maintain a balance between tradition and modernisation of their living conditions in a rapidly changing society. In its research, WiFU is investigating how this can be achieved.

Entrepreneurial families are social systems that show a strong orientation towards tradition - lifestyles are passed on and continued from one generation to the next. What is described in sociology as the pluralisation of life worlds and individualisation of life courses is therefore less evident in these families. Children from multi-generational entrepreneurial families live like their parents and grandparents. Habits, customs, habits and moral concepts are more conserved than in conventional families.

This can be explained above all by the fact that in entrepreneurial families not only life itself is passed on to the next generation, but also corporate property. Property obliges and binds those who receive it to those who give it, i.e. to the ancestors. This reciprocity of give and take shapes the relationship between parents and children.

Such a combination of past, present and future orientation can be seen as a patchwork of different eras in the shaping of daily life. In our research we investigate how this is realized, how it succeeds and what challenges it entails. The methodological approach is the analysis of family structures in the historical course of time using genograms - pictorial representations of family structures. They are comparable to family trees. However, because they list all family members and not just those of one line of kinship, they go beyond this. In this way, persons and their family relationships can be viewed in their respective family historical context.

In addition to listing family affiliations and relationships of family members among themselves, the family data are collected, i.e. names, children, sibling lines, partnerships, separations, professions, illnesses, dates of death, religious memberships and, if applicable, other special events.

By analyzing these data over generations, patterns can be found that show up in family dynamics and structure. The aim is to work out how events and decisions in the respective life practice of a family are condensed into patterns by looking at several generations as a whole, how repetitions or handing down are shown. For this information reflects the connections between tradition and modernity as a reflection of the current social context at the time of the survey and the associated family challenges against the background of the family's history.

This can be illustrated by the genogram shown here.

Heribert is the founder of a metal construction company in Essen. He marries Maria, who comes from Halle. Both have three children: the first child is a girl. She is named with the first name like her mother.

From history we know that in the past, women were rarely considered as successors - the primogeniture principle of the male line applied. When another child was quickly born - a boy - he was considered a potential successor. He was named after his father, the founder, Heribert. Like his big sister he was given a middle name. Thus, the first two children were passed on from their parents' generation with an additional name. This alone could be the conscious combination of tradition and modernity: The first name stands for the loyalty to the parents, for the continuation of the family history. Der second name symbolises the new, the modern.

Heribert Markus takes up the same profession as his father, a metalworker, and becomes the successor in the family business in 2003. At the time of the succession, his wife Erna has already given birth to four children, who in turn are available as potential successors. His brother Heinrich is the third born. He is given a name that was traditionally given to noblemen. It can therefore be assumed that the parents had certain hopes for his life.

Heinrich becomes an artist, and thus tends not to be considered as a successor. Furthermore, he does not marry and does not have children. Therefore this family line is not relevant for a classical succession.

The first family line, the family of Marie Henriette, is also not available for a classic male company takeover: Two girls were born in the second generation. The children of Heribert Markus and Erna, who was born in Halle (which raises the question of how the two met), were given Christian names, just like Heribert Markus' mother and his sister.

With the first-born a new name is repeated: Johannes Heribert. We could therefore assume that this child was born with the expectation of succession, i.e. the continuation of the family tradition, but with a simultaneous reference to modernity, which is possibly what the other name stands for. What is interesting here is that there seems to be a shift in priorities, for the traditional first name, Heribert, is now in second place.

This brief, limited genogram analysis already shows how traditional and modern orientations are combined in entrepreneurial families. In particular, the naming can be very revealing here. After all, names are a reflection of social conditions or the respective present. In our example, double names combine tradition and modernity.

In addition to the symbolic orientation to names, however, professional decisions and partner choices are also of decisive importance for the individual and family life of people, especially in entrepreneurial families. It is therefore worthwhile to examine these too in more detail from a scientific point of view.

With the help of genogram analyses, the historical developments of entrepreneurial families can be traced in a very differentiated and detailed form. This provides us as researchers with a great deal of material for understanding even better than before how these families master their everyday challenges, what decisions they make and what intergenerational patterns these finally form.

If families reflect on these (unconscious) patterns themselves and make them present for themselves, they can expand their decision-making options and finally ask themselves in which contexts they want to preserve their family tradition and in which they want to innovate it. The increasing expansion and strengthening of female succession is an obvious change in the intergenerational project of remaining a successful and modern entrepreneurial family. ®