A new anchor for families. 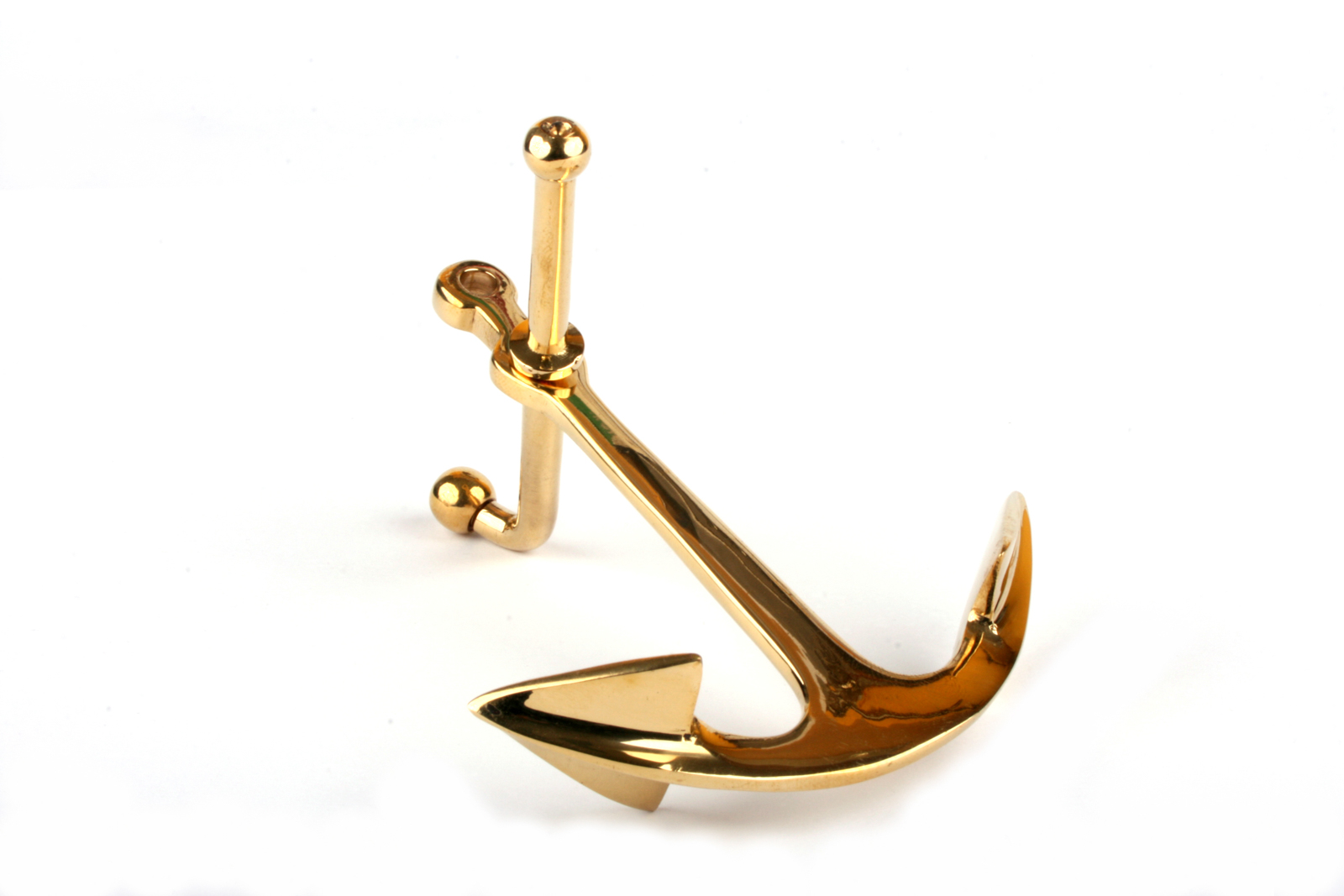 Entrepreneur families. After the sale of the family business, sooner or later the question of meaning arises:  Wer are we now? Was do we want to be a family in the future? And how can we maintain cohesion? Ein Family Office specialized in Family Equity can provide the answers.

"Family Equity is the glue that holds everything together" (partner of a family that runs its Single Family Office (SFO) schon for six generations).

"When we launched the most comprehensive single family office survey in German-speaking countries to date, we had a clear plan. Not only did we want to expand our knowledge of SFOs, but we also wanted to investigate what role the SFO and its investment behavior can play in the area of direct entrepreneurial investments for the entrepreneurial family and its entrepreneurial spirit," say Nadine Kammerlander and Max Leitterstorf of the Institute for Family Businesses at WHU. "We were particularly interested in how families manage to ensure that the next generation retains the entrepreneurial spirit, lives on with entrepreneurship and does not become pure asset managers. So the key question was: "How can a single family office hold the family together, become zum Familienunternehmen 2.0, so to speak"?

This topic is particularly relevant for the 49 Family offices whose families have already sold their company. "You're wondering: Was are we doing now? After all, the family members did not 'sell' their entrepreneurial orientation and identity. On the contrary," explains Max Leitterstorf. Of course they could have taken the stand, the company is sold, now everyone does what he likes. "But that's exactly what the meisten Familien don't want. Der Dreiklang Value preservation, cohesion and preservation of the entrepreneur gene are important to them. And the key to achieving that is family equity."

The scientists define family equity as entrepreneurial venture capital that originates from dem Verkauf of the family business or from investments and can be freely used for investments - usually in direct investments. "The family business had long served as an anchor point with which all family members identified," explains Kammerlander. The family met at company events, im Beirat, at strategy meetings. She passed on her values, prepared the next generation. Sie discussed, argued, resolved conflicts - zum Wohle of the company.

Once the company has been sold, all these reasons for acting together suddenly disappear. The family needs a new anchor, a new point of identification. "This is exactly what an SFO that focuses on direct investments can do. There the self-image of the successors is also expressed. If father and grandfather were entrepreneurs, they don't want to be 'just' administrators."

But then the family is no longer invested in just one company - but in several. This even has a positive diversification effect. "Many SFOs therefore aim to invest a large part or even a hundred percent of their assets in entrepreneurial direct investments. At the end there should be an industrial holding in which all family members can be found", informiert Leitterstorf.

On the way to achieving this goal, families face two major challenges. One has something to do with mit Anlagestrategie, the other with family strategy.

Immediately after the sale of the family business, die Anlagestrategie often develops opportunistically in the newly founded family office. Many investments are more influenced by the opportunities arising from the network. The strategic question of how they fit together and how they contribute concretely to the great goal of family cohesion is not one that many founders of an SFO initially ask themselves. As a rule, it is not yet clear in the first few years how long the assets will be invested. And whether it should be swept out to the family members sooner or later. "SFOs that were particularly successful in terms of family equity set up a corresponding strategy at a very early stage and consistently aligned their asset allocation accordingly", erläutert Nadine Kammerlander.

The second important step concerns the next generation. "It is crucial to involve children at an early stage. Many patriarchs have reflected to us that they discuss very early together which investment priorities the family would like to set. And that they deliberately hold a portion of the assets ready in case their daughter or son would like to become active in the start-up sector on their own responsibility", erzählt Leitterstorf.

The sooner the next generation is introduced to the SFO, the sooner they will build a bond with it. "There will be anchoring: Papa sold the original company and established an industrial holding company. We are entering as a young generation and look forward to taking over this second family business.' That creates cohesion."

In the discussions on the concrete implementation of the strategy, the scientists were also able to define some success factors, best practices.

"The most important rule is:  Schuster, stick to your last," says Leitterstorf. Families from the mechanical engineering sector should increasingly look for direct investments there or in related sectors. "When an SFO burned his fingers, it was indeed often because investments were made in an industry where the family didn't know their way around so well."

A second important point was the level of share and intensity of employment with the target company. "It is crucial to be able to and want to exert a decisive influence."

The third point concerns governance. The fundamental goal is to ensure that resources are invested wisely and that decisions are made not only contractually correct, but also on the basis of family peace at mit Blick . "In this context, it is indeed astonishing that only half of the SFOs surveyed have a supervisory board made up of external experts", überlegt Leitterstorf. "Millions are invested there without clearly defined release rights and without a second or third party looking at investment decisions."

Especially when it comes to cohesion within the family and over several generations, this omission contains enormous explosives. "If both external and other family members are on the board and have agreed to the transaction, the family has made a mistake together. Das can take it all. Otherwise, however, an individual is held responsible. It could blow up the entire Family Office."

Particularly for larger and riskier investments, a supervisory body is indispensable that is made up of both family members and external experts, according to the scientists.

In this way, a single family office mit Schwerpunkt Family Equity is in principle even in a position to defuse the omnipresent succession problem - both in families who have sold their company and in families where the number of shareholders has grown very large after many generations of successful entrepreneurial activity.

"Although the family is increasingly accepting foreign managers, the pressure on the children is still very high. For many family entrepreneurs it would be very nice if son or daughter would take over. And that's how they communicate it," says Nadine Kammerlander.

The Single Family Office is more relaxed. If the subsidiary wishes to operate as an entrepreneur, it can choose a portfolio company. If the son wants to be active as a banker, he takes over the asset management. "And if a part of the family doesn't want to be active in the SFO, then that's fine", erläutert Max Leitterstorf concludes, "Joint Family Equity, said the principal of an SFO, strengthens family cohesion, thereby shaping the identity of the family and helping to develop a unified vision. You can't really achieve much more as a family." ®

Tracking down the Single Family Office.

In their study "Family Office, Family Equity and Private Equity", the team of the Institute of Family Business at WHU interviewed 109 single family offices. "This is the most comprehensive study available on the subject. Previous investigations have generally not covered more than 20 to 30 SFOs," said Nadine Kammerlander.

This made it possible for the first time for the scientists to make a meaningful division of the heterogeneous SFO landscape into four categories in order to derive fundamental, general statements. "We were particularly interested in the role and significance of cross-generational entrepreneurship and in better understanding investment behaviour in the area of direct entrepreneurial participation. Every Single Family Office is of course somehow different. Aus from a bird's-eye view, but the different types have a lot in common", erklärt Kammerlander.

The researchers identified two dimensions - depending on whether the family business had already been sold or is still owned by the family. And whether the Single Family Office exists in the first generation or is operated by subsequent generations." "This resulted in four typical groups von Single Family Offices. If the company is still im Besitz of the family, im Family Office is about asset optimization and diversification into other asset classes. We then divide these into Optimizer SFOs and Preserver SFOs. In these cases, the largest and identity-creating participation is still in the family business. When it comes to capital investments, risk minimisation and value retention are in the foreground," explains Max Leitterstorf. If the company was sold, the researchers initially speak of a founder-SFO, in which the question of the investment of the sales proceeds is in the foreground. "Later, it can become a portfolio entrepreneur-SFO. In such cases, the topics of family equity and identity foundations are usually decisive through the establishment of a direct investment holding company".

"If, as a family business, I needed additional equity capital, the primary choice would be a single family office building a holding company," Max Leitterstorf reflects. A few years ago, an entrepreneur would only have had the choice between an IPO or a private equity fund. "Now there's a third, great and by far the best solution - to ask other entrepreneurial families who has a big SFO."

Such cooperation, so Leitterstorf, has several advantages. "First, the parties in family-to-family transactions speak the same language, they have a similar background, understand each other. Second, stakeholders usually have similar values and a long-term orientation. The identity as a family business therefore remains the same. And thirdly, there is the possibility of networking. The SFO kann will provide direct access to its other portfolio companies - ideally from the same industry. Unlike an IPO, there are no transparency and publication obligations. The annoying preparation of quarterly reports is spared to the entrepreneur."

? As an entrepreneur, how can I find a suitable Single Family Office?

"Contact a family of entrepreneurs familiar with your industry through the Association of Independent Family Offices," advises Max Leitterstorf.

How to invest it Gerd Hübner 127
Blockchain. The digital representation of…

How to invest it Threadneedle Management Luxembourg S.A. 126
Small Caps. Shares of smaller companies, they…

How to earn it Mariella Bauer 114
Handmade. Instead of rapid growth, the Munich…

How to earn it Yvonne Döbler 110
Expansion strategy. In 18 years, Wolfgang Trier,…