What do you mean, forever? 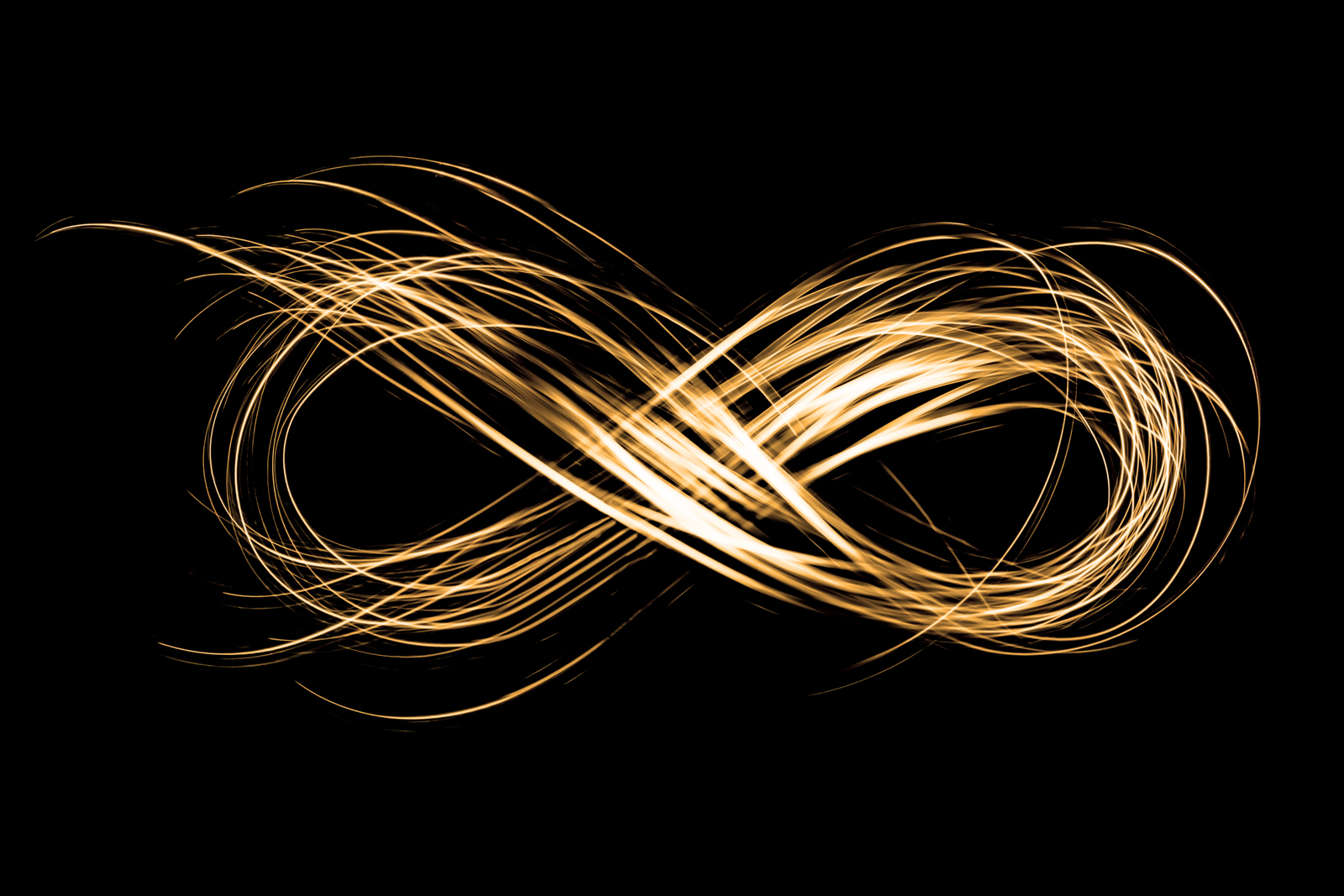 Foundation management. Foundations are established on a permanent basis. Trotzdem they often invest as if they only had a short investment horizon. Und therefore have problems in the low-interest phase. Ralf Schwind, Executive Board member of the Merck Finck Foundation, advocates a new way of thinking.

"Have you ever thought about why 75 percent of all legally independent foundations are not older than 30 years?" asks Ralf Schwind. "If you suspect that there was no donation before, you're mistaken. Most foundations established more than 100 years ago lost only their assets in one of the currency reforms."

Yesterday as well as today, the Executive Board of the Merck Finck Foundation makes it clear that many foundations make wrong investments. "A foundation is meant to last forever. Therefore, the most important investment principle should be to preserve the substance. But that is often not the case."

In fact, the focus of capital investment in foundations today is still on monetary values - bonds, money markets or fixed-term deposits - and not on tangible assets such as shares in companies, forests, land or real estate. "That was especially convenient in times of high interest rates. But it has its pitfalls in the long run. Very few people are concerned intensively with what is actually 'money' behind the asset."

Money is managed by states and their central banks. The state sets the monetary standard via the monetary constitution. The central bank issues banknotes and sight deposits with the aim of controlling the money supply. "This is not easy, however, because the bulk of the money supply is created by the banks through the granting of loans", erklärt Schwind. This is why the central banks try to control lending indirectly via interest rates, "but that often doesn't work out either," Schwind notes: "There are simply too many market participants with individual interests that cannot be predicted".

For some years now, central banks have been particularly creative and have been influencing interest rates by buying government bonds themselves. In Japan, the central bank now acquires a large proportion of newly issued government bonds in order to keep interest rates at zero. "I'm wondering what an asset can be worth in the long run, the amount of which can be increased at will in an alliance between the state and the central bank. And whether it is really wise as a foundation to concentrate on such an asset," Schwind says and continues: "In the 20th century we already had the Rentenmark, the Reichsmark, the Deutsche Mark and now the euro. Based on historical experience, investors may already be thinking that paper money currencies may not be particularly safe in the long run."

The possibility of diversification between different monetary values does not change this. "Whether dollar, euro, Swiss franc or yen, all currencies are now managed according to the same pattern. There can then be no question of actual diversification," Schwind makes clear.

Then why do foundations still invest primarily in monetary assets?

"The argument I hear most often is: ,We don't want to take any risks.' I then always ask them what they mean by the term risk. For a foundation that acts on a long-term basis, high price fluctuations can be kein Risiko . A price fluctuation is first of all only a price fluctuation and nothing else. A permanent loss in value is not associated with this."

If Schwind points out that in an environment of rising interest rates there could be massive price fluctuations in the future, even in the case of bond prices, he is gladly replied that this is not a risk because the foundation wants to remain invested until the bond matures. The price changes are then only temporary losses, which are certainly recovered on the due date.

"That's interesting. At this point in the discussion, I then invite you to a thought experiment," explains the foundation expert. Research has shown that in every 20-year period since 1964, stock returns have been positive. In detail, it fluctuated between three and 14 percent - there were no negative 20-year periods. The following applies: the longer the investment horizon, the safer the investment in equities.

"Imagine the stock now simply as a 20-year bond. In the case of bonds, the issuer "guarantees" repayment. In the case of shares, the entire economic system "guarantees" repayment. Interim price changes for both are only temporary price losses, which are highly likely to be made up by the due date in 20 years. There's no difference. Except I actually trust the economic system more than a bond issuer."

Of course, there are also real risks with equities, beyond price fluctuations. "Bankruptcy, fraud, management errors, the failure of business models", zählt Schwind on, "but these risks, which are related to the creditworthiness of the debtor, bond buyers also have. Here, too, the capital can be permanently lost if the bond defaults partially or completely," Schwind makes clear.

When it comes to long-term risks, real value and monetary value are actually not as far apart as many investors believe. "On the yield side, however, there is a serious difference. The bond only has a fixed coupon, the real value, on the other hand, has built-in inflation protection. That is important, because it depends for the donation in the long run on the material capital receipt after consideration of the price increase ?

A small calculation example illustrates the problem. A federal bond with a term until the end of 2048 brings a coupon of 1.27 percent. The foundation can use this to fulfil its purpose. If the inflation rate in the next 30 years is around two percent, the purchasing power of capital will shrink considerably. "At the end of 2048, the foundation will get back the nominal value of the bond of 100 euros - but its purchasing power will then be only 55 euros. The Foundation's efficiency has almost halved in just 30 years, and it is bleeding out thanks to the devaluation caused by inflation."

The situation is different for tangible assets. If prices climb, sales, profits, dividends, rents or leases rise. And thus also the value of the plant. "In addition, shareholders participate in the innovative power of intelligent corporate leaders and the resulting growth. Über I give money values to the economy only the credit on which they base their growth. I have nothing to gain from the progress," explains Schwind.

According to Schwind, the fact that this thinking is not yet widespread has a lot to do with the fear of the foundation's board of directors. The fear of making mistakes, having to accept depreciation in the balance sheet, then being held liable by the supervisor.

"But fear is a bad counsellor. The rules on depreciation are not as rigid as many believe." First, many foundations have freedom of accounting. The majority of state foundation laws do not require annual financial statements under commercial law. Many foundations can therefore initially work with an income-expenditure account in which write-downs on fluctuations in market value do not play a role.

"The regulatory scope is not as severely restricted as many foundation directors think," Schwind makes clear and concludes: "This aspect is therefore no reason to avoid  Sachwerte. I am firmly convinced that there will be no problems with supervision if the foundation board can demonstrate a clear red thread in foundation policy".

What this red thread should look like in order to do justice to the foundation's claim to eternity is as clear as daylight for the expert. "The only decisive factor is maintaining the performance of the foundation. And this is not defined by the prices of the assets, but by the distributions. If I get a three-percent dividend every year, I'm not interested in the current share price."

A distribution that is as high and stable as possible could be achieved if a large part of the capital was invested in tangible assets. "A diversified mix of equities, real estate, alternative investments, land and forests, renewable energy plants and, more recently, private equity has proven its worth," explains Ralf Schwind, concluding: "This way we can prevent foundation analysts from asking themselves again in 80 years time why 75 percent of foundations were not actually established until after 2050." ® â

"Ralf Schwind, CEO of the Merck Finck Foundation (left), makes it clear: "With many foundations, the people involved - board members, founders, legal advisors - are getting older and older. They are now wondering how their foundation will continue."

The declared aim of these founders is to find a way for the foundation to serve its purpose forever as a legacy. One solution could be to bring them under the umbrella of the Merck Finck Foundation, informiert Schwind. This could be done purely administratively or, if the articles of association allow it, as an endowment. "We have therefore defined 15 foundation purposes very broadly. These include all conceivable funding options. The donor role can even be filled out under your own name," explains the foundation expert. The Merck Finck Foundation takes over the investment, administration and all the paperwork. "All the founder has to do is tell us what he wants to promote. That will be put into his name forever."

Merck Finck has created a tool for donors who want to venture slowly into the stock market. TOGA - the name is derived from the robe of the Romans, a kind of wraparound cloth - is intended to wrap the stock portfolio in a long-term envelope in which an algorithm controls the actual quota in order to prevent major losses in downward trends.

In the first step, the equity ratio will be reduced to 55 percent through the sale of securities. In a second step, further ETFs are physically sold. However, the five DAX and MDAX stocks, which together make up around 15 of the portfolio, will remain in the portfolio. The market risk of these positions is eliminated through the forward sale of indices. On balance, this results in the targeted five percent share quota.

"It is also interesting how the shares are selected," informs Ralf Schwind. Firstly, the fund is highly diversified worldwide. It invests in equities from the Global Titans, DAX, MDAX, EuroStoxx and individual sectors. The concrete selection of individual securities is based on the principle of relative strength. Shares are bought that have performed particularly well in a certain period of time in the past compared to the respective index. The strategy is therefore based on the assumption that an established trend will continue. The trend strength is checked monthly.

"This is interesting for me because even a foundation that thinks long-term does not have to go through every downturn", sagt Schwind. In the past, TOGA had even shown a slightly positive performance in downward phases, because the DAX and MDAX indices sold via forward transactions had fallen more strongly than the defensive individual stocks, which remained in the portfolio due to the relative strength model.

Ralf Schwind, Board Member Merck Finck FoundationThis email address is being protected from spambots. You need JavaScript enabled to view it.)