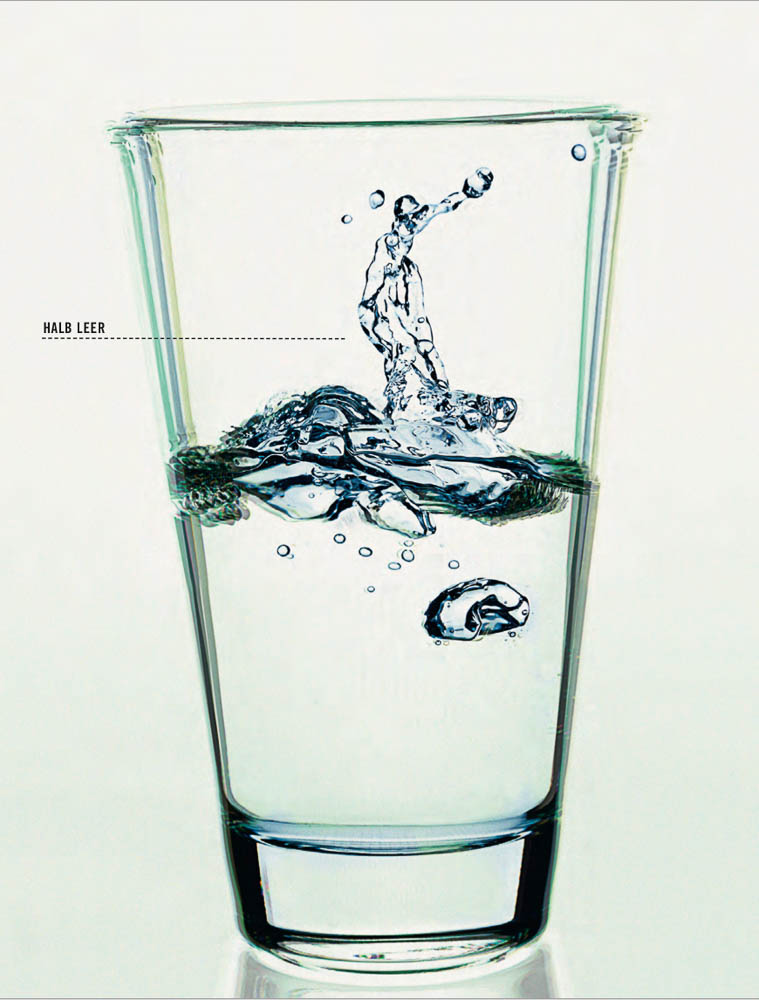 "There were good fundamental reasons for the correction on the equity markets," explains Roland Kaloyan, Head of European Equity Strategy at Société Générale. "Prices could fall further until the end of 2019."

The turbulences of February didn't surprise me very much. We're experiencing a kind of change of times right now. The old narrative that has driven the stock markets in recent years is being replaced. It's always a little rougher in such phases.

What was that like in 2017? Everyone was convinced of the Goldilocks scenario. Sustained high growth, ever-increasing corporate earnings. And at the same time low inflation, expansionary central banks and therefore very low interest rates. In short: the best of all worlds for stock buyers.

Equities - especially US stocks - are correspondingly ambitious. I haven't seen such a high level since the peak of the dotcom bubble in early 2000. This is exactly the problem: Alle Positive expectations - Goldilocks forever - are included in the prices. This does not take into account the fact that long sustained high growth always has a price. This price is called higher inflation and rising interest rates. We have just received a ersten Vorgeschmack There may be more to come.

This is the new narrative. Higher wages, higher commodity prices and higher interest rates at hartem Wettbewerb will be at the expense of margins. It may be that, thanks to volume growth, corporate earnings will increase nevertheless. However, they are likely to climb more slowly than previously expected - and that alone is what matters to the stock markets. At the same time, investors will only accept lower price-earnings ratios in the event of higher interest rates. Im Klartext: Geringere Earnings are multiplied by lower P/Es than expected - that alone makes for a rather challenging environment.

There are also political risks. During the Brexit negotiations, negativen Überraschungen may be contacted at any time. And imagine the Republicans losing in the U.S. elections in November in one of the houses - Senate or House of Representatives - the majority. President Trump would immediately be a "lame duck", new legislative proposals would hardly be realized.

Now you will understand why we expect only 2500 points for the S&P 500 as the year-end target for 2018 - that is ten percent less than the current level.

That does not mean however that at all no more money can be earned in the nächsten Monaten at the stock markets. The music will continue to play for the time being - albeit at a lower volume. It is then particularly important for investors to focus on the right regions and sectors. European stocks are less highly valued and, thanks to the ECB, interest rates will also rise less strongly here. Certain sectors such as finance, Automobil, oil and gas or basic industry will benefit from stronger growth and higher interest rates. Real estate, telecommunications, utilities and defensive sectors such as food and stimulants are likely to be among the losers.

However, the time window for these investments is getting smaller and smaller. Another important message of the new "story" is: Der The economic cycle has not been defeated after all. And he'll end up like always - with a recession. If profit margins fall, investments will also decline somewhat later. Then the cycle tilts. In the USA it could be so far in 2020. Europe will then follow. We should see the first signs of this as early as 2019. Because stock markets generally anticipate this ten months before the end of the bull market, we as investors are already becoming more cautious. To give you an idea: At the end of 2019 we see the S&P 500 at 2000 points, the DAX at 11000 points. It's not a crash, but it's quite a lot of air down.

This is the situation: kaum Upside potential, but considerable risks. For the first time in a long while, we have therefore begun to reduce our equity exposure. Our credo is no longer "buy when weak", but "sell when strong". It was a glittering party in the stock markets. Now it is a matter of securing profits and setting a new course. ®