"Bitcoin course will rise for a long time to come." 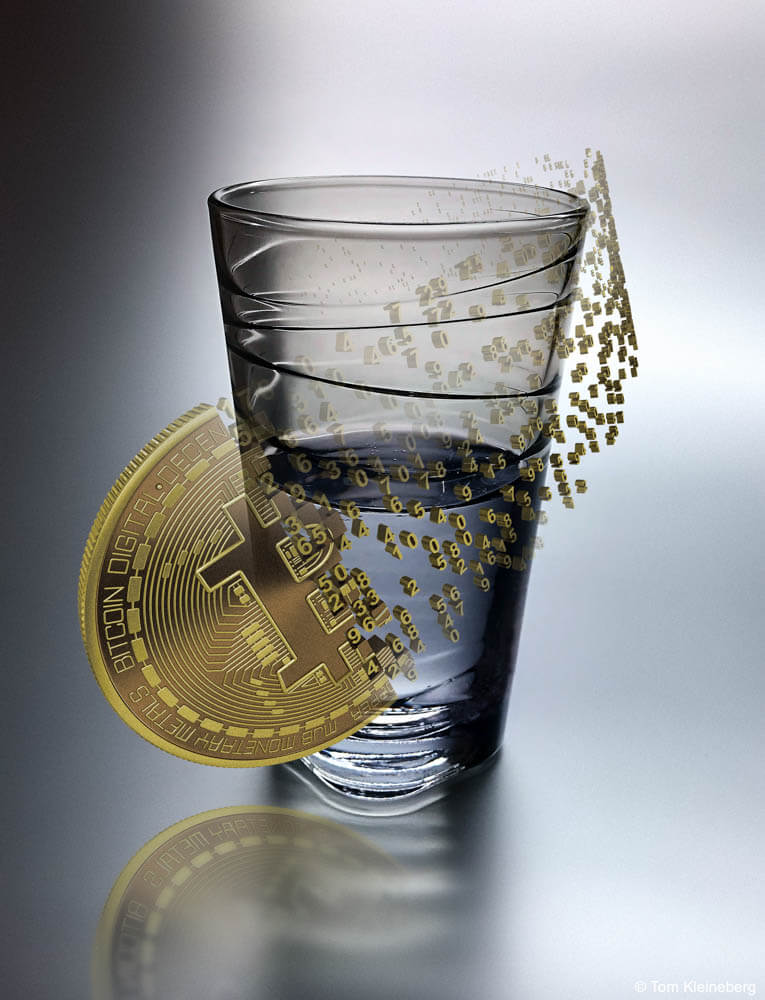 Some crypto currencies will establish themselves as means of payment in the long run, says Uwe Zimmer of Fundamental Capital. "An investment in the leading digital computing units is therefore worthwhile."

I don't want to deny that the massive rise in the price of the leading crypto currency, the Bitcoin, has caused a real hype about virtual currencies. It is therefore quite understandable when many experts warn against a speculation bubble - especially with Bitcoin.

However, investors should not lose sight of the fundamental and long-term idea of virtual computing units. I took a closer look at them and came to the conclusion that an investment would pay off.

The most important point is that central banks around the globe have been turning on money presses since the financial crisis. More and more money was put into circulation to prevent an even worse crisis. This is gradually undermining confidence in our paper money system. Only scarce money remains valuable. That is why it is logical that digital currencies have now emerged detached from our paper money system.

Crypto currencies have a decisive advantage over paper money: they are limited in number and cannot be multiplied at will. It always reminds me of gold, the ultimate currency so far. The precious metal, which has served as a means of preserving value for centuries, is also only available to a limited extent. In addition, crypto currencies are organized via a decentralized system. They cannot be controlled or manipulated by a central or government body. All this strengthens the confidence of investors.

You should not overestimate the current extreme price swings. Crypto currencies are still in their infancy. The more important question for me is whether it will stay that way. Or whether the digital arithmetic units will eventually reach adulthood.

I think the latter will be the case. The more people participate, the more mature digital currencies become and the greater their acceptance. Japan, for example, has already recognised Bitcoin as a means of payment.

At the same time, crypto currencies enable many people to participate in payment transactions even if they have no access at all to a bank or an account. This is particularly interesting for developing and emerging countries. Payment transactions via virtual processing units can be made from anywhere, are faster than any bank transfer, are carried out at lower costs and without an intermediary. I suspect that this will convince more and more people to use crypto currencies in their daily lives.

More and more investors are now also looking at this issue. Today, investors already have access to Bitcoin through various investment products such as certificates and contracts for difference (CFD). Investment opportunities are likely to increase further in the future. For example, the Chicago Mercantile Exchange, one of the world's largest stock exchanges, plans to release a Bitcoin future for trading in December. The aim is to regulate the Bitcoin facility and free it from its Wild West image. Gelingt this, there will be many more public products. The emitters are already in the starting blocks.

I see three long-term developments: Firstly, some digital arithmetic units - analogous to zum Schweizer Francs - will establish themselves as digital storage devices for storing value. Secondly, a handful of virtual currencies will become established as means of payment. The rest of the 1200 or so digital currencies will no longer play a role in the coming years. 99 percent of crypto currencies become worthless and disappear.

On balance, prices will rise sharply for those that are successful. Crypto currencies are therefore far more than just a flash in the pan or a short-term fad. Your age begins right now.

Don't be alarmed by the extreme price fluctuations of the Bitcoin. Use these. When the crypto currencies come under strong pressure once again, just put five to six of the leading ones in your depot and wait. This will pay off in the long term. ®

Editorials Klaus Meitinger 205
Dear Readers, in a few weeks, the new decade will…