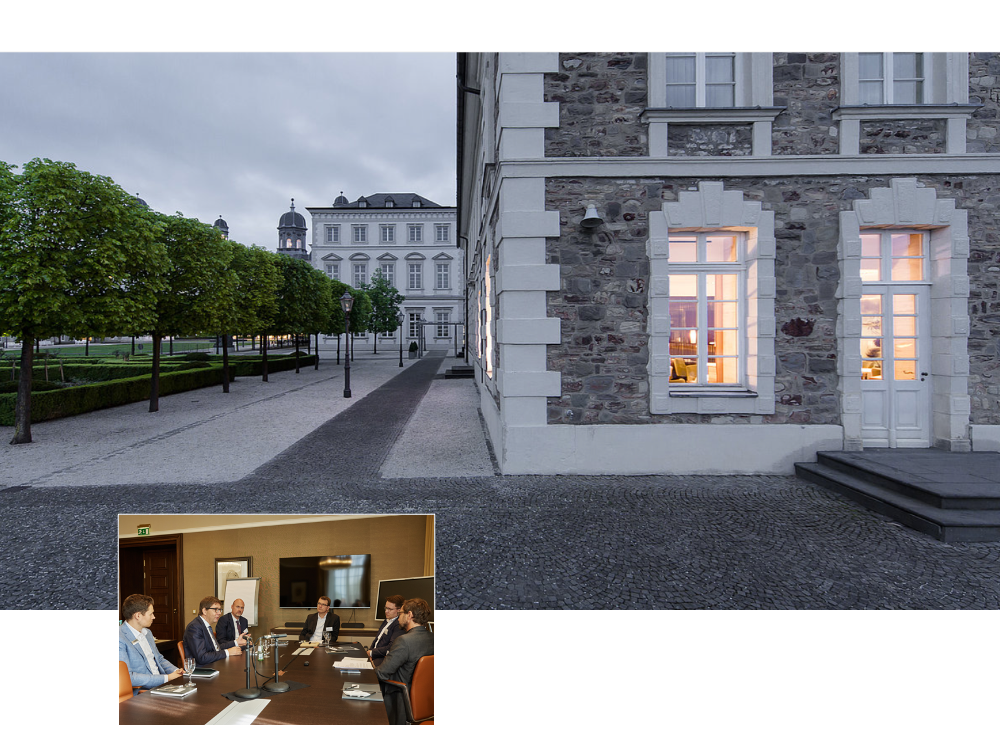 Political opportunities and risks. The state is increasingly intervening in society and the economy. This is a trend that the Lerbacher Runde believes will continue. For capital investors, this will reshuffle the cards.

"It feels like we see greater government intervention in the private economy after every crisis," notes Fabian Strube, Robeco. "The massive spending programs after the pandemic, the discussion about the stability pact in Europe, tax increases or the regulator's interventions in China are just a few examples."

But there are also hard facts to support this sentiment. For example, Germany's government spending-to-GDP ratio climbed above 50 percent for the first time last year.

"The first thing to note, however, is that it would have been irresponsible in the Corona crisis to do nothing," says Philipp Dobbert, Quirin Privatbank, "The state's interventions and current spending programs were necessary." Jan Viebig, ODDO BHF, agrees. "It was important and right that, on the one hand, monetary policy became active, but on the other hand, politics also intervened and intervened in a demand-driven way."

The problem, the Lerbach panel said, was not the emergency. "But rather the fundamental socio-political trend. I assume that the state will intervene even more in the market in the future," says Viebig. "What irritates me is that the fundamental question has changed," outlines Christian Jasperneite, M.M.Warburg & CO: "For a long time, it was about identifying where the market was exceptionally not working and the state should therefore intervene. Today, we almost only discuss what the state should still do and what problems the market fundamentally brings with it." Carsten Mumm, Donner & Reuschel, even identifies a change in values and, as a result, a change in political regime. "About 40 years ago, we were moving towards a supply-side fiscal policy with more liberalisation and less taxation and regulation. Today we are dealing with exactly the opposite."

A key problem, he said, is the growing inequality in wealth distribution. "With the supply-side policies of the past decades, we made the pie very big, but it was poorly distributed," Mumm explains. "We're now seeing the reaction to that very clearly in China, where the government wants to create wealth for all with its Common Prosperity program." Social goals are now prioritized in China at the expense of private enterprise. That's why Beijing intervened massively in the business models of online education platforms or the big tech companies.

Not in every case, however, "more government" is a bad thing, according to the roundtable. "It would, after all, also be conceivable for the state to take advantage of the current low interest rates to take on debt and thus invest in the production potential of the future," Dobbert said, "thereby creating the basis for future growth in the long term." "If a lot of money were to flow into important areas - infrastructure, digitalisation or anything to do with the energy transition - this could actually result in an upward spiral," says Mumm.

However, there are risks to this. Viebig, for example, is critical of interventions in submarkets. "This is easy to see in the real estate market. Through a rent brake, rents could fall rather, but at the same time the housing supply is likely to decline." "And this does not, after all, solve the problem of housing shortages," Dobbert concludes. "Moreover, it is heroic to assume that the state is the better investor and always invests efficiently," Dobbert continues.

"Above all, we should not forget that all government measures must also be financed," Jasperneite further clarifies. All experts therefore expect rising government debt in the future. "In the Eurozone, we are seeing the softening of the Stability Pact. We are now clearly moving towards a transfer union," Jasperneite continues. "And similar to the central banks' bond purchases, Pandora's box has been opened. This is actually unstoppable," concludes Mumm.

In the short term, however, this need not cause a problem. "As long as the central banks keep feeding this through an expansionary monetary policy, it can go on like this for many years," says Jasperneite. "I can imagine, for example, that some countries - my favorite is the U.S. - will then grow out of their high debt levels again in the long term," adds Dobbert, "but in Europe this is likely to be more difficult given the lower potential growth."

// What does more government mean for investors?

"It always depends," weighs Viebig: "For example, if the Biden administration's infrastructure program is financed through tax increases, earnings per share on the S&P 500 would be eight to nine percent lower." "At the same time, of course, government spending is demand. So somebody is going to make a lot more revenue and profit," Mumm adds, "Especially in the context of fighting climate change, there will then be huge winners and huge losers." Because the gap between companies is likely to widen further than ever before, the Lerbach panel sees the dawn of a new age of differentiation. "Active management and meticulous analysis instead of ETFs will then be the name of the game," says Jasperneite.

Regulatory issues will be more complicated, he adds. "Basically, of course, fair markets are more attractive for investment than markets that are subject to government intervention. That is why regulatory risk is reflected in a lower valuation," the expert continues.

He adds that the example of China shows how the regulatory discount thing works. "In recent months, an extremely large amount of money has flowed out of China," Viebig informs. As a result, China's stock market has underperformed the rest of the world by about 30 percent since the beginning of the year. "And China is also only selectively investable at the moment," Viebig continues, "I wouldn't invest in online education platforms, the video game industry or the real estate sector even now."

"Because there is no real indication of where the fair discount is for these regulatory interventions, I would be cautious about anything where this could play a role," Christian Jasperneite reflects. "And this is not just about China. We also have this issue with the carbon footprint, that is, the extent to which a company is compliant with the climate goals of the state. Or with the US technology corporations, where there are also considerations to limit their power. These questions will be with us for a very long time," concludes Carsten Mumm.