Before a golden decade? 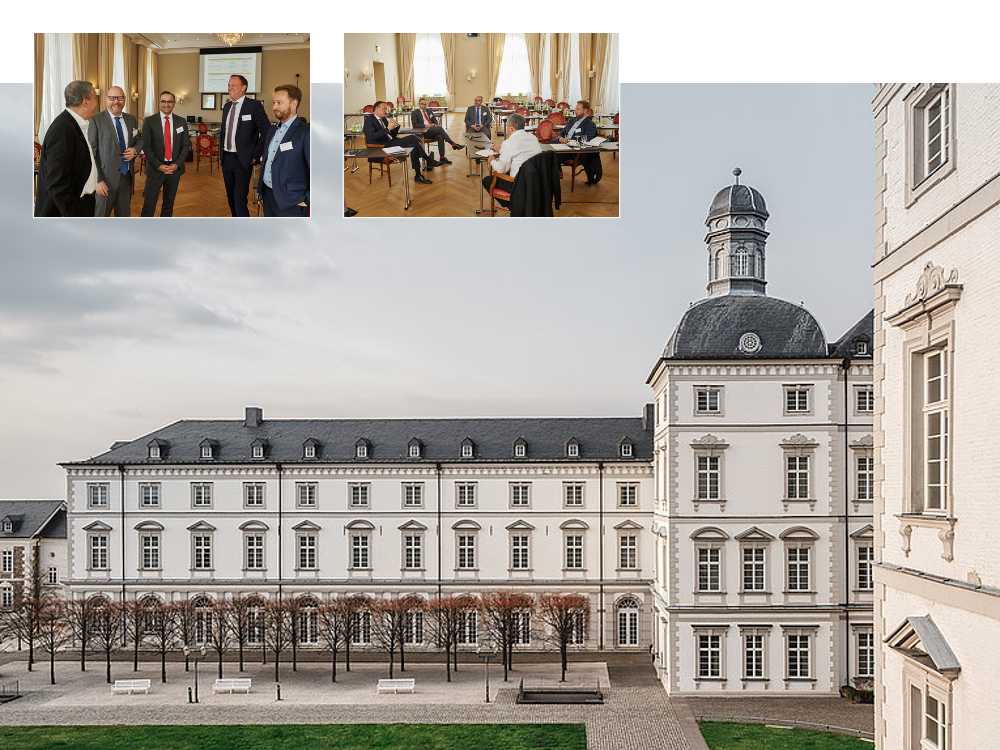 Economy. After the economic slump in 2020 global economic momentum initially picked up rapidly in 2021. Now supply bottlenecks are putting the brakes on. How does the Lerbach Roundtable view the short- and medium-term prospects for the global economy?

"The question of the economy is, of course, always at the beginning of every investment strategy session," outlines Kai Röhrl, Robeco, "because growth means more sales and higher profits. This should then also be reflected in the equity markets."

Although the recovery has stalled somewhat recently due to material shortages, supply bottlenecks and a spike in Corona numbers, the Round remains confident looking ahead to 2022. In the U.S., they have real growth of 4.2 percent on the books, and even 4.5 percent in Europe. "This should allow corporate profits to continue to rise on balance next year," concludes Stephan Kemper, BNP Paribas WM Private Banking.

Until then, however, there is still a period of uncertainty to bridge, he said. "It will certainly take some time before the problems in the international supply chains are overcome," says Michael Huber, Südwestbank. "We currently have a massive shortage in semiconductors, for example, and they are used everywhere these days. Expanding capacity accordingly won't happen overnight."

"This will probably cost us a quarter of a percentage point in growth in the short term," analyzes Timo Steinbusch, Apobank, "but that is only a temporary effect. Much of what can't be produced today because of missing components will be implemented later." Particularly in the manufacturing sector, he says, there can then even be positive surprises. "After all, three things are cumulative: the general economic recovery, the Corona catch-up effect and the need to replenish empty stocks," Steinbusch explains. "I can also imagine more people entering the job market in the U.S. as the vaccination campaign progresses," adds Kemper. "Companies could then expand capacity and work through their backlogs faster. At the same time, that would take wage pressure out and increase profit margins." "If we learn to live and deal with Covid-19 better, maybe even a booming Christmas business would be possible after all," reflects Stephan Pilz, Sand and Schott, "that would be a real, positive surprise, as the basic attitude is rather pessimistic at the moment."

If the status quo on vaccines remains, he says, the trend for the economy and corporate earnings in the coming year is clear: up. "Right now, low interest rates, stimulus and catch-up effects are the dominant themes. It will probably only become clear in 2023 how sustainable this upswing actually is," explains Kai Röhrl dand asks: "Will we then see a phase of upturn or a return to secular stagnation?"

"I believe that the Corona crisis can be a kick-start that leads to the overcoming of secular stagnation," Kemper is confident, "Politics and central banks are working in the same direction, numerous and large-volume investment programs have been and will be launched. This will have an effect." "Stimulus measures such as the infrastructure package in the USA, the EU's NextGen reconstruction fund or the many billions of euros that are being made available in this country for the issue of sustainability will definitely ensure a sustained positive background noise in economic development," agrees Timo Steinbusch.

And this is not a short-term effect, he adds. "Such programmes run for five to ten years and can therefore also sustain economic development for a long time," explains Stephan Pilz. "In addition, there are the structural changes that have accelerated as a result of the Corona pandemic," says Huber. This relates to digitalization, for example. "Just think of cloud services, telemedicine, the online streaming of films and music, and in general everything that can be found on online platforms and in the area of subscription models," adds Röhrl. "Delivery services and online retailers in particular are hiring a lot of people, which is offsetting the losses in other industries, like aviation or lodging," Steinbusch says.

It's also a huge opportunity for businesses, he adds. "So far, we have almost only seen the enormous potential in the companies that are earning from the development and production of digitalization," Pilz makes clear, "but this affects all companies in all industries. There will be massive efficiency gains in the future." "The increased use of virtual meetings alone, for example, has saved companies tens of billions of euros in travel costs since the start of the Corona crisis," says Michael Huber, specifying an important aspect.

"In addition to digitalization, the energy transition is also one of the very big long-term drivers of innovation," explains Kemper. "Successfully meeting this challenge of climate change will only be possible with a lot of investment and innovation. I am confident that this will also have positive effects on the labor market in the long term. In terms of consumer demand, this should then more than compensate for the burdens that will fall on consumers via higher energy prices," says Huber.

Sounds a bit like the beginning of a golden age indeed. "If I interpret the statements correctly there are risks - especially in terms of inflation. But it is possible," Kai Röhrl sums up: "When the population in the industrialized nations has been vaccinated through - I expect this to be the case in March 2022 - when we have built up higher production potential for semiconductors and when the backlog has been worked off, then the investment programs in the areas of infrastructure, digitization and the energy turnaround will give us a good starting situation for continued dynamic growth."

// What does the Lerbach economic picture mean for investors?

Mixed reports are expected to come from leading economic indicators and corporate results in the coming months. "In this case, investors should hold their nerve and look past the trough. Because 2022 will be a good economic year," Stephan Pilz is convinced, "Corrections are therefore always buying prices with a view to growth in the coming years."

How to earn it Silke Lauenstein 338
In the latest issue, private wealth told the…

Editorials Klaus Meitinger, Moritz Eckes 295
Dear readers, We are actually hesitant to use…