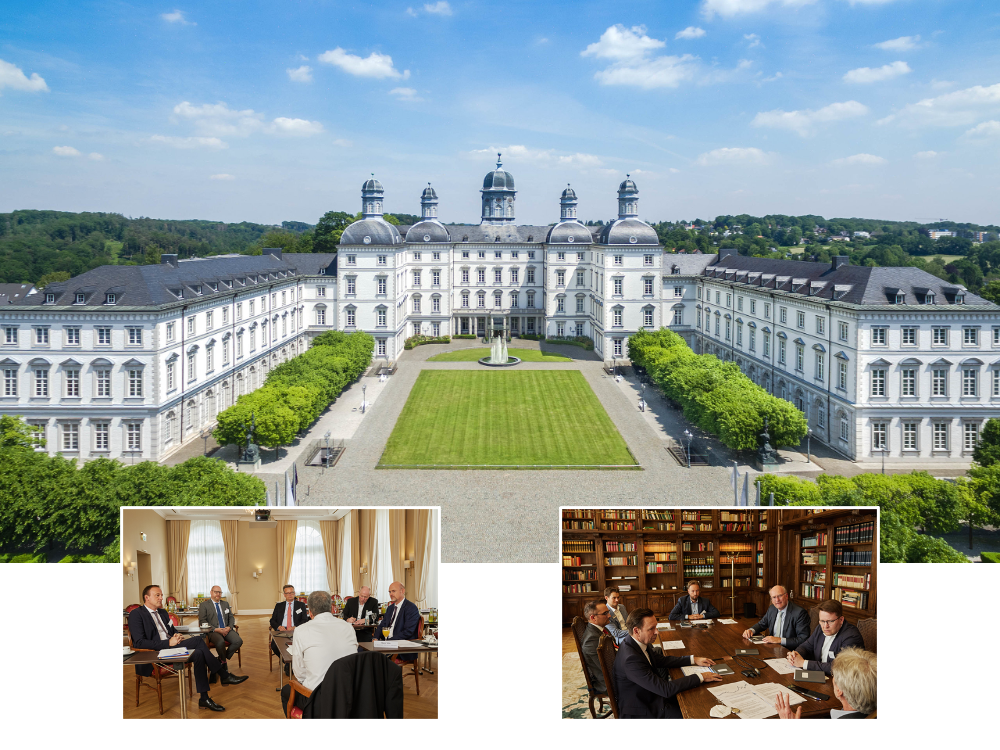 Market Analysis. The prices of tangible assets - shares and real estate - have risen extremely sharply over the last ten years. Is this boom justified? Can it continue? Or will it be followed - as so often - by a slump? The Lerbacher Runde does the research.

In retrospect, the last decade will go down in the history books as the decade in which investors became very wealthy more quickly than ever before. As the boom decade. As the era of asset price inflation.

Some numbers: Over the past decade, the overall cost of living in Germany rose by about 15 percent and collectively agreed wages by 25 percent. At the same time, the MSCI World, which aggregates companies from industrialized countries, climbed 250 percent. That was also almost 15 percent - but per annum. The performance of the US technology index Nasdaq 100 looks even more impressive. From 2350 to almost 16000 points - a gain of 580 percent. "Rarely have investors' assets - compared to purchasing power and wage growth - increased as much as in the last decade," states Fabian Strube, Robeco.

Time to say goodbye? "Clients do indeed ask this question," informs Stephan Pilz of asset manager Sand und Schott, "our answer then is always: 'It depends.' Of course, there are currently clearly overvalued sectors and stocks. But there are also many, many reasonably valued stocks."

At the end of the day, the experts say, three variables are crucial - earnings performance, interest rates and market valuations. "All three are interrelated. The lower the interest rate and the greater the growth momentum, the higher the valuation may be," explains Philipp Dobbert, Quirin Privatbank. "This is because, arithmetically, the lower the interest rate, the higher the value of future profits and dividends - and this is then reflected in higher share prices," explains Pilz. "So when assessing the current situation, the first step is to analyse whether the valuation is justified given the status quo in interest rates and earnings. And in the second, whether a change is imminent in the key variables of interest rates and yield trends," says Timo Steinbusch, Apobank.

"The first important piece of information, therefore, is that earnings at companies have actually risen sharply in the current year. In terms of the S&P 500, they are now more than 25 percent above the peak levels seen so far in 2019. And for DAX companies, they have risen even more," calculates Marc Vits, Bankhaus Metzler: "So the share price movement as we saw it after Corona was absolutely justified in terms of direction."

"Relative to interest rates, which are extremely low right now, the historical comparison looks even more favorable. Especially in the European stock market, I can't see any overvaluation then," Vits analyzes. "And in the USA, we are only slightly above average in terms of this ratio. So there is no reason to worry," says Tripp.

The question remains, of course, whether the status quo can hold. Most importantly, what happens if interest rates rise and stock market valuations then decline?

"That would not be an isolated development," Dobbert reflects: "Interest rates would only go up significantly if the world actually managed to leave the period of weak growth behind. But then sales and earnings forecasts would also have to be adjusted significantly upwards. Higher profits with slightly lower price-earnings ratios - that doesn't necessarily lead to falling share prices."

A second risk lies in the record high profit margins. Can they stay that high?

"In fact, the distribution of what has been generated in terms of value creation has been clearly in favour of the capital factor in recent years," admits Karsten Tripp, "but there is no reason why that should change. That would require a significant increase in wages - or significantly lower productivity among companies. I don't see either."

That's why, Round said, it doesn't make sense to wait in cash for lower rates. "Anyone who does that runs the risk of being on the sidelines for a very long time and missing out on potential appreciation," Dobbert is convinced. "After all, the fundamental constellation that has led to the upswing of the past decade continues to exist," Steinbusch says, listing: "Strong support from fiscal policy, strong support from monetary policy, a valuation that is not yet catastrophic." "Add to that the fact that inflation rates have been rising sharply for the past few months, which is driving down the already negative real yield even further," Vits clarifies. "Those who wait in cash will probably lose two to four percent of their purchasing power next year. In this constellation, there is hardly any alternative to equities. And because investors who are not yet invested will react, I could even imagine prices rising further."

"The equity boom," concludes Fabian Strube, "is not over yet." "It will just probably continue at different rates in different sectors," says Pilz: "I would therefore ask the style question above all: Which companies will attract investor capital in the future?"

Experts currently tend to favor the old continent over the U.S. in this regard. "In the last decade, we had two events that put Europe at a disadvantage relative to the US," explains Vits: "One was the European sovereign debt crisis. The other was the U.S. tax reform, which pushed U.S. corporate profits up sharply. Neither is likely to be repeated in the short term. To that extent, the outlook for European equities is positive." "If the picture is correct that we get slightly higher inflation, slightly rising interest rates and stronger growth, then Europe, with its many cyclical companies and its value stocks, would do better," Pilz concludes.

// What can we expect from the stock markets in the long term?

The Lerbach panel has three messages for anyone concerned about record stock market prices. "With increased inflation and negative real interest rates, it is almost impossible to preserve wealth with nominal assets.That makes a strong case for equities," Marc Vits begins. "In this environment, however, selection will be more important. Now the time of active managers is dawning," Stephan Pilz continues. "But the bull market of the past year has already anticipated some of the future," concludes Karsten Tripp: "Investors should therefore adjust their expectations. The long-term return potential for equities is only between four and five percent. That is still more than for all other liquid asset classes. However, it will not be possible to repeat a decade like the last one."

In the last decade, real estate prices in Germany have doubled. Unlike the stock market, however, the experts now definitely see warning signals there. "Meanwhile, some banks are hesitant in financing and demand additional collateral. This should give buyers to think," informs Marc Vits. "Thinking ahead, the political aspect should also be taken into account," adds Timo Steinbusch: "In Germany, there is a consensus that rents should no longer rise at an above-average rate. This puts a cap on the already extremely low rental yields for capital investors."

However, the Lerbach round does not expect a drastic collapse in property prices either. "At these interest rates, broader segments of the population can afford real estate than in the past. Coupled with a low supply in the interesting regions, this should stabilize prices," says Philipp Dobbert. "It is also important that we do not have extremely high credit financing in the real estate sector, which would indicate a speculative bubble," adds Tripp. "The debt ratio of German private households has fallen steadily in recent years and, despite the recent increase, is still well below the level it reached before the financial crisis. The real estate market is therefore not extremely speculative overheated," informs Vits. "Apparently, buyers are using equity to a greater extent - land register instead of savings book," nods Strube.

// The conclusion of the round: "Basically, the stock market is the more attractive tangible asset. Not only because of the significantly lower valuation, but also because of the tradability. If at some point the next crisis comes, I want to be able to react quickly," explains Timo Steinbusch. "Above all, it is important - real estate is called real estate because it cannot go away. Wealthy families should diversify their exposure regionally. There are very many interesting places outside Germany," concludes Karsten Tripp.

Opinionleader Prof. Jochem Marotzke 453
What are the scientific facts around climate…