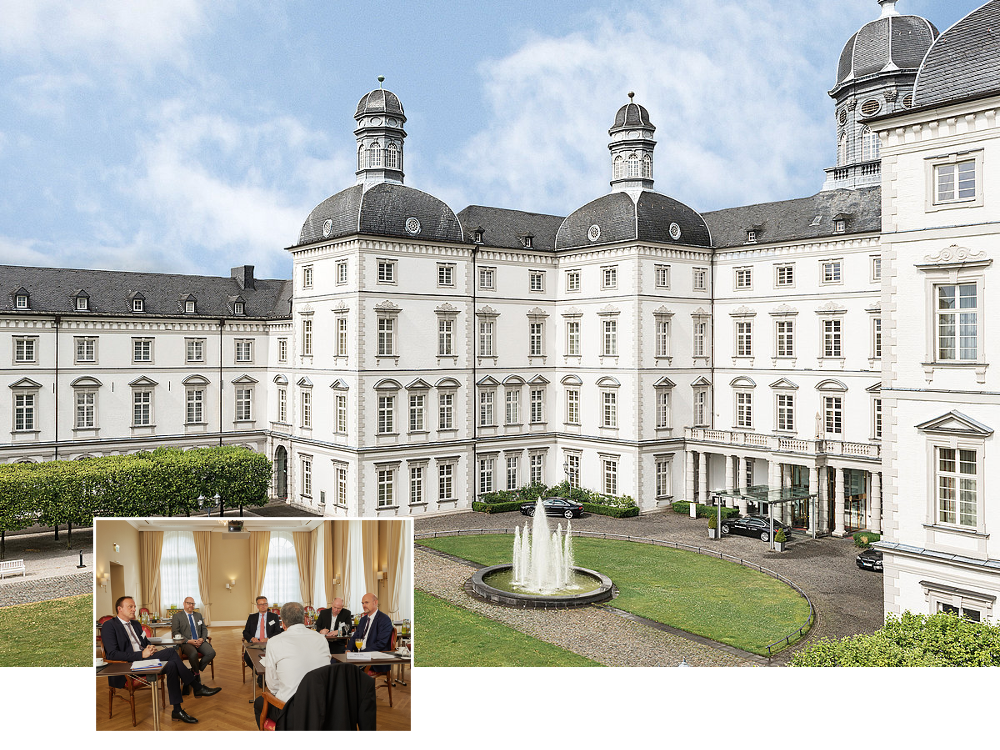 Interest rate substitute. Structuring a successful portfolio has become difficult today. Firstly, interest-bearing securities with good credit ratings no longer preserve the purchasing power of assets when inflation rises. And secondly, in the risk scenario - with rising interest rates - both equities and bonds are negatively affected. The Lerbach Round's solution: more alternative investments must be added to the portfolio.

In the past, Bunds had two roles in the portfolio. They brought reliable returns and were a kind of insurance in the event of a stock market crash. But that is now definitely over. Today, the money invested in them is losing purchasing power.And the insurance thing is probably no longer working either. Because in the event of a risk - i.e. a significant rise in interest rates - all asset classes would lose a massive amount of value.

The Lerbacher Runde has already radically reduced the proportion of government bonds in the portfolio in recent years. On average, just eight percent of the portfolio is still invested in government bonds. Five of the 15 participants even have an even "zero" on the notepad. "It is not only the case that safe government bonds no longer bring a return, but the diversification effect has decreased and as insurance they are now simply very expensive," makes Bernd Meyer, Berenberg, clear.

The freed-up capital flows into corporate or high-yield bonds, but increasingly also into alternative investments. "Alternatives in particular are increasingly in demand from our clients because they can offer attractive returns in the low interest rate environment," says Thomas Neukirch, HQ Trust, explaining the charm. "And used correctly," explains Carsten Mumm, Donner & Reuschel, "they can additionally bring more stability to the portfolio."

The experts distinguish between illiquid investments such as private real estate, private equity or private debt and liquid asset classes such as commodities or gold. In addition, hedge funds can also play a role. So what can investors expect from each alternative?

// Which illiquid investments are suitable?

Basically, these are long-term investments with maturities of ten years or more. As a rule, investors invest in fund vehicles for which there is no regular trading and no daily stock market prices. This has advantages and disadvantages. "Investors are compensated for the illiquidity with higher returns. But it also restricts them. If you rely on liquidity, you can't invest too much there," says Daniel Oyen, VPC Family Office. "However, for some investors who have a hard time dealing with the fluctuations in the stock market, it is basically an advantage that there are no daily fluctuating prices," Meyer says. "Because they are then not tempted to act rashly in turbulent times," adds Mumm.

Investments in the private markets include private equity, which is the investment in unlisted companies; private debt, which is private lending to companies to finance growth, for example; and infrastructure investment or real estate exposure - private real estate. "All these forms of investment are becoming increasingly important portfolio components in view of low interest rates and rising inflation," notes Neukirch.

The panel finds private equity particularly interesting at the moment. "Historically, it has delivered significantly higher returns than most other asset classes. According to the US Private Equity Index by Cambridge Associates, it has averaged just over ten percent per year for all providers over the past 20 years," informs Daniel Oyen.

There are also other positive aspects for investors. "They can invest in the different stages of development that companies go through. And they can focus on sectors that are not as strongly represented on the stock market. This is an even better way to diversify a portfolio," explains Jan Viebig, Oddo BHF. "If this area is defined a little more broadly, venture capital, i.e. early-stage financing, which is becoming increasingly respectable, also fits into this," adds Daniel Oyen. "By investing in companies at an extremely early stage, investors tap into a source of returns that they would not get via the stock market," says Carsten Mumm, explaining the advantage.

Private debt is also becoming increasingly popular as a substitute in the bond sector. "The investment usually has very long maturities, does not fluctuate in price and yields three to four percent in the senior secured segment," explains Meyer, "and depending on the risk-bearing capacity, higher current yields are also possible." "However, investors can also choose shorter maturities here, which we group together under the term Shorter Term Lending," informs Neukirch. "Then the yields are still well above money market levels, but the capital is not tied up for as long."

Another area that is becoming increasingly accessible to investors is infrastructure investments - these include transport infrastructure, energy, utilities, telecommunications or social infrastructure. "These can generate distributions of four to five per cent and around seven per cent in total returns over the long term," explains Mumm. In his opinion, core investments, i.e. core infrastructure, are particularly suitable: "An important selection criterion is that the conditions can be adjusted during the term. Only then does this investment also protect against inflation."

But this already shows: Investments in the private markets are not easy. "Investors must first and foremost understand what they are investing in, and they should pay attention to costs, transparency and the expertise of the manager. A warning signal would be if a provider changes its investment style," lists Viebig. "The crucial factor is indeed the expertise of the manager," agrees Neukirch. "He needs access to good investments, must have a good understanding of risk mitigation and portfolio construction and, especially in private debt, must know exactly how loans are negotiated and secured." "One point is particularly important to me," adds Oyen. "Because an investment like this runs for a very long time, I want a commitment from the manager that they're going to stick with it for that long."

// Which liquid investments work as diversifiers?

In this area, Runde currently considers commodity investments in particular to be attractive as an admixture. "Industrial metals in particular not only offer a hedge against inflation, but also an interesting investment story," explains Bernd Meyer, "because copper, nickel and co. will be massively needed for the energy transition in the future. For example, five to six times more copper is installed in electric vehicles than in a car with a combustion engine."

In view of the urgency of the fight against global warming, it could also be worthwhile to rely on CO2 certificates. "According to analysts' calculations, the price could go towards 250 euros per certificate, which would be about a fourfold increase on today's price," Oyen explains. "Companies that don't have enough pollution allowances not only have to pay a significant penalty, but they also have to buy those allowances the following year. Because the number of certificates is limited, things can get pretty tight," Meyer adds. Nevertheless, these certificates are not a foregone conclusion. "The risk lies in regulation. If the burden placed on the economy by higher CO2 prices becomes too great, politicians can change the rules at any time and, for example, increase the quantity of certificates," explains Oyen.

Daniel Oyen also considers bitcoin to be an alternative. "We consider it as digital gold," he explains. "For me, the most exciting thing here in terms of perspective is the blockchain technology behind it," adds Viebig, explaining, "The blockchain is a tamper-proof, transparent and decentralized database. Smart contracts based on it can be used to automate business transactions without intermediaries. While we don't invest in cryptocurrencies, as quality investors we look for investments that benefit from blockchain technology." // What can hedge funds do for investors?

They may well be worth considering as diversifiers, believes the Lerbach panel. The most important argument: "They basically aim for a positive return regardless of the market environment," explains Mumm. In this respect, the various strategies differ greatly. "CTAs - i.e. trend-following systems - always do well when markets fall or rise sharply. They thus offer a hedge in the event of sharp price falls, whereas they generate losses in markets that move sideways," explains Viebig. "Merger arbitrage strategies offer stable returns when markets move sideways, but no hedge in the event of a price fall. Macro strategies, on the other hand, are well suited for phases with strong distortions, and long-short equity should bring positive returns in all phases. But often these funds do poorly when the market turns."

This goes to show: investors should be well versed if they want to invest there. "The first step is for an investor to be clear about what they want from an investment in hedge funds. Only from this is it possible to determine which mix of strategies comes into question," summarises Neukirch. The second step is selection. In hardly any other segment is the spread between good and bad managers so wide. "Here, a deep understanding of the manager and his approach is key," says Neukirch and continues: "Ideally, the manager has invested a significant amount of his own money in the fund. Then investors can be confident that he or she will manage the fund over the long term. Once a really good hedge fund has been identified, the key is to get access to it. That's where a good network helps."