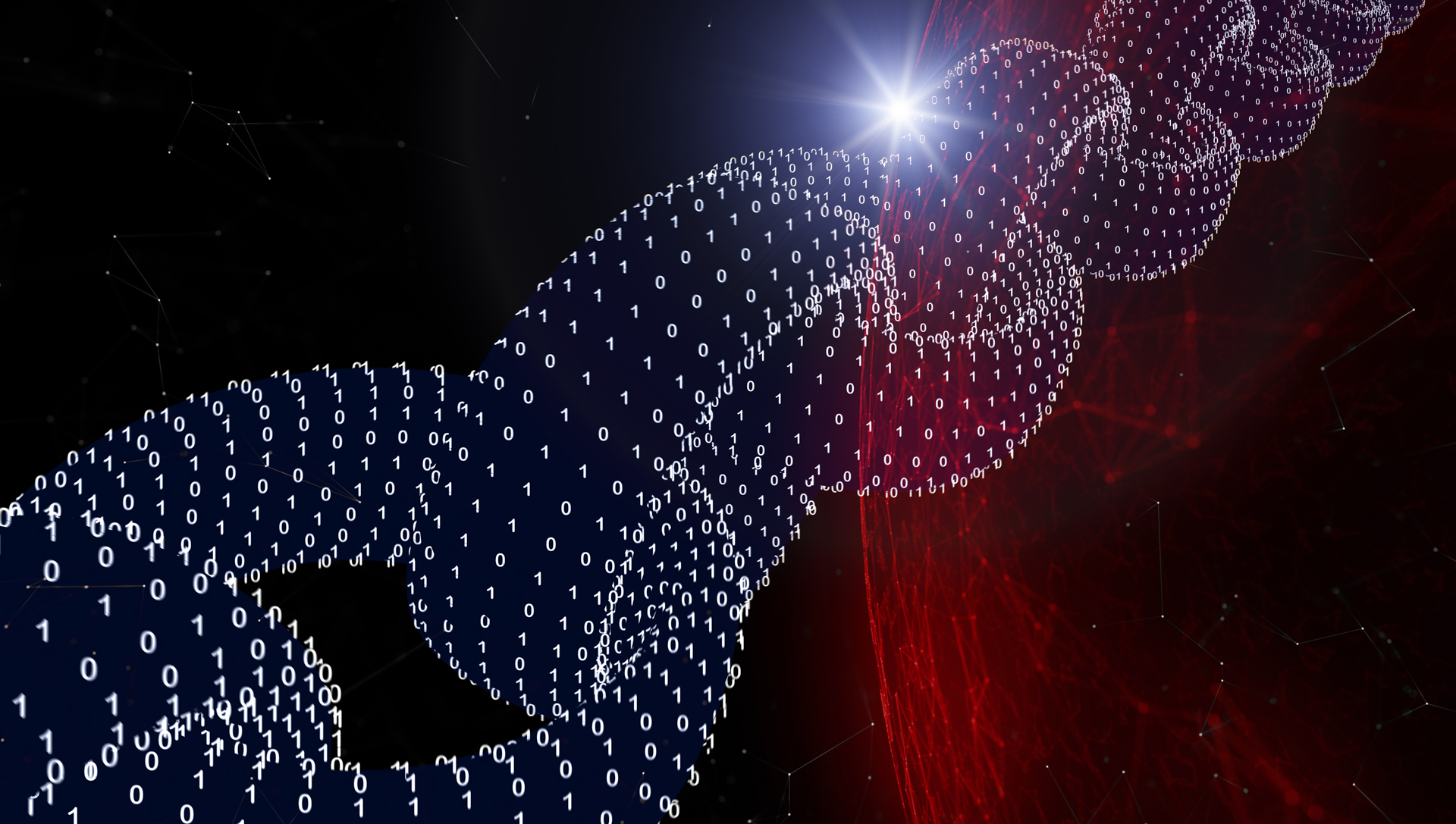 Financial innovation. The prices of all investments around blockchain technology are rising rapidly. This may be - as is often the case with fascinating innovations - a period of exaggeration in the early days. But the technology's potential is real. An overview.

"The core competence of a fund manager - finding lucrative investments - only accounts for a small part of his work today," criticises former fund structurer Hansjörg Hettich, who founded the non-profit organisation Multichain Asset Managers Association (MAMA) together with former hedge fund manager Mona El Isa. He spends much more time on compliance issues, discussions with legal departments or risk management, he says. "The amount of time and money that has to be invested there in the asset management industry is enormous. If all that went away and was automated, the investment business could be simpler, cheaper and much more profitable for investors."

Hettich and El Isa have set their sights on nothing less than revolutionizing the financial industry through increased use of blockchain with MAMA. "Did you know that when you launch a new fund, there are usually several 10000 euros in costs? Just to build up an infrastructure that ensures that the initiator does not disappear with the investors' money. That until now elaborate control systems have been necessary to prevent a fund manager from exceeding the defined investment limits in his fund in his day-to-day business? Or how non-transparent and complex the calculation of transaction fees are in a fund?" enumerates El Isa, who is considered one of the leading figures in the blockchain scene. "All of this could be done much faster, more transparently and more efficiently via blockchain."

The key is so-called smart contracts. These are computer protocols that can be used to store different contract terms. In other words, they map contracts, verify them and support the execution of a contract. And their importance has increased greatly due to the spread of blockchain technology, which is considered to be forgery-proof. This is because intermediaries, such as banks or notaries, can thus become superfluous in many legal transactions.

A transaction that exceeds the investment limits in a fund would then not be executed at all. If the formula for calculating transaction fees were programmed into such a smart contract, transparency would be created. And the costs of launching a fund would be reduced to a fraction. "In principle, all the rules that apply between an asset manager and an investor can be programmed. This makes it possible to create an absolutely trustworthy environment that is much more efficient and cost-effective," Mona El Isa sums up.

The buzzword under which all this is summed up is decentralized finance. In this system, there is no longer a central intermediary, no bank, no stock exchange and no state institution. Instead, traditional financial transactions such as granting a loan or securities trading take place via a decentralized platform, a blockchain.

Katharina Gehra of Immutable Insight is also trying to get people to understand just how great the potential is that this technology holds. "Imagine," she says, "we would transfer the rules from the BGB to the blockchain via smart contracts. Then we would have automatic assurance that the law is being followed for every transaction that goes through that blockchain. And we would save ourselves a lot of effort and transaction fees."

But the topic is also exciting for investors. That's because there are likely to be many companies that will themselves benefit from increased use of blockchain technology, or make large profits by enabling established companies to do so. Accordingly, start-ups operating in this field are mushrooming. The epicentre is Switzerland's Crypto Valley (CV) and the Principality of Liechtenstein. According to the Crypto Valley VC Top 50 Report, as of February 2021, there were around 960 companies specializing in blockchain technology there, with the 50 largest coming to a valuation of around $255 billion. What's interesting here is that in July 2020, they only brought in $37.5 billion, according to the report. So there's a gold rush atmosphere in Crypto Valley. And a whole series of venture capital companies have now focused on this area (see info box on page 70).

An alternative way to profit from a possible triumph of decentralized finance is to invest in the cryptocurrency Ether. Unlike bitcoin, which is increasingly seen by many as a store of value, Ethereum is the basis for the oldest and most relevant smart contract platform. As the experts at Independent Research write in their study, "Punting on the Block-chain," Ethereum is the foundation on which a new eco-finance system can be built. "During the dotcom boom at the turn of the millennium, it was not possible for investors to buy 'the internet'. This time, however, it can be done through Ether, the currency of the Ethereum network." This blockchain, the thinking goes, has the best chance of benefiting from the success of a decentralized financial system because it is already the most developed and widely used network.

In fact, it consists of tens of thousands of developers from around the world and is already being used to verify the supply chain of Starbucks coffee beans or issue bonds. "I like to compare bitcoin to an analog phone, whereas Ethereum is a smartphone with lots of apps," Gehra explains. And that smartphone is now used to issue tokens of all kinds. These are then traded in Ether, the currency of the Ethereum blockchain. From an investor's point of view, this means that the more transactions are processed via Ethereum, the stronger the demand for Ether, and thus its price should also tend to rise.

Katharina Gehra takes this idea a bit further. With her fund, she invests in all tokens issued based on Ethereum technology on its own blockchain. And this market is developing with high dynamics. "There are now more than 250000 tokens there, we have a total of 1.7 billion transactions and over 150 million users are active worldwide," Gehra explains. These tokens can come from the gaming sector, there are energy tokens or those that securitize rights to an art object or a music license. Gehra's idea: by collecting all the data for each token, she and her team are trying to determine in real time whether a token's usage is currently getting stronger or weaker. "From that, we want to deduce whether the price of a token is going to go down or down, and position ourselves accordingly," she says of the fund manager.

This all sounds intriguing. However, it's important to remember that there is still one hurdle standing in the way of blockchain making a real breakthrough in many areas: regulation. "It's true that we're having a lot of talks with the relevant authorities and we can also see that things are already happening," explains Hettich. "Nevertheless, it will probably still take some time before this becomes widely accepted." So anyone positioning themselves in this area today will probably need a lot of staying power, despite - or perhaps because of - the technology's enormous potential. ®

// How to Invest in Blockchain.

Investing in companies with entirely new technologies is risky. As IT research firm Gartner Group notes, they don't just go through cycles as they develop.The reaction of investors in the capital markets also follows a certain pattern.

First, there is often a period of massive exuberance on the stock markets. The story is new, the potential seems huge. Then comes disillusionment. Share prices collapse and the industry consolidates. At some point it becomes clear that the technology is delivering real added value. For those companies that have succeeded, a long-lasting upward trend now begins.

Currently, blockchain is probably in the euphoria phase. This calls for caution. However, no one can say how long this will last and how far it will take us. Investors should only get involved with a small portfolio share. There are basically three ways to do this:

Venture capital funds spread the risk by investing in various start-ups. The rule here is that there will be failures. A few winners must ensure the performance of the entire fund. Key selection criteria are experience and quality of management, which should be reviewed based on past investment performance.

Large IT corporations such as Amazon, Google, Microsoft, Nvidia or the IT service provider IBM benefit from the development of blockchain technology. However, this area only ever contributes a small part to the companies' revenues. A more concentrated alternative is an ETF issued by Invesco on the Elwood Blockchain Global Equity Index (ISIN: IE00BGBN6P67), which contains companies that come from the blockchain ecosystem in some way. Currently, though, there are a lot of bitcoin-related stocks in there.

The price of the cryptocurrency Ether has risen by a factor of 17 over the year. How long the hype will last is impossible to calculate. Investors who are very willing to take risks can either invest directly as well as through ETPs that track the price of the cryptocurrency. One example is the ETC Group Physical Ethereum ETP (DE000A3GMKD7). One way to invest in the token economy is through Immutable Insight's blockchain fund (www.blockchainfonds.com), which is authorised for professional investors under Mifid II.

The possibilities of blockchain applications go far beyond the financial industry. In principle, all conceivable transactions can be processed cheaply and yet securely via the blockchain. This results in efficiency advantages for virtually all companies. In this respect, the examples outlined in the article represent only a very small sample. It is impossible to depict all the ideas, concepts and developments behind the blockchain.

In fact, according to a survey of around 1,000 companies by the industry association Bitkom, 88 percent see great potential in improving information security and 84 percent for data quality management. The main areas of application cited are logistics and improving supply chains, but there are also numerous other possibilities such as blockchain-based marketplaces for sharing concepts.

In addition, almost all companies expect to be able to adapt and change existing products or services through the use of blockchain. And around 80 percent of the companies surveyed want to use the technology to bring new products and services to market.

How to earn it Silke Lauenstein 263
"The best is yet to come," said Wolfgang Trier a…

How to earn it Silke Lauenstein 336
In the latest issue, private wealth told the…

Editorials Klaus Meitinger, Moritz Eckes 291
Dear readers, We are actually hesitant to use…

Opinionleader Prof. Jochem Marotzke 296
What are the scientific facts around climate…

How to earn it Klaus Meitinger 475
entrepreneurship. The couple Martine and…