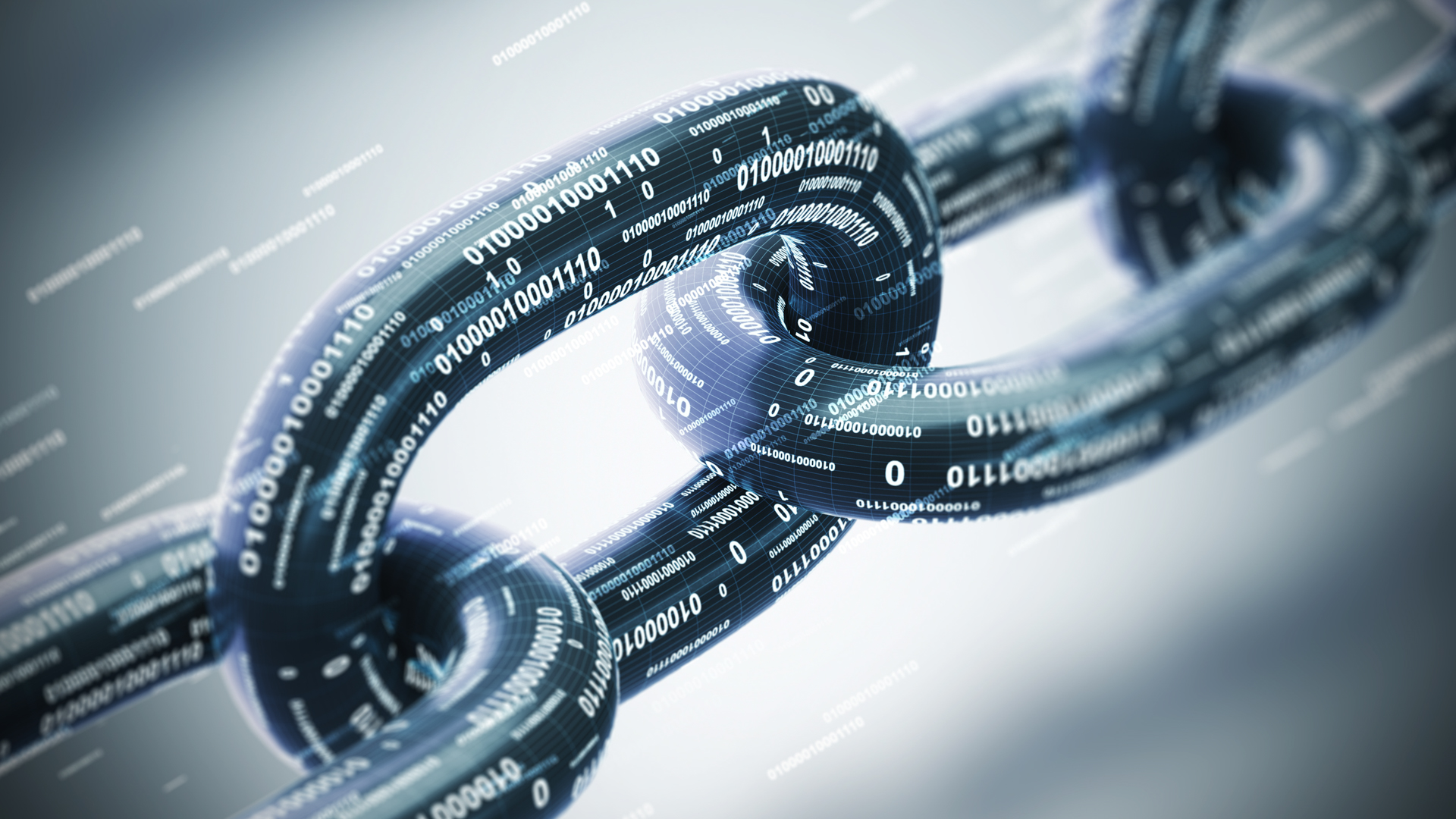 Blockchain. The digital representation of property rights, known as tokenization, not only allows the cost-effective trading of real asset classes in small denominations. It also opens up completely new investment opportunities. For many investors, this significantly expands the investment universe. However, the market is still in its infancy. There are a number of hurdles to be overcome.

Art can be an interesting investment. Because a Picasso or a Monet probably maintains its value over generations and diversifies the assets. However, for most investors, such material assets are simply too expensive as an admixture.

Now there is a charming alternative to direct purchase. Maecenas, a company based in Singapore, "tokenizes" works of art. This allows investors to invest smaller amounts in works by well-known artists - and benefit from a possible increase in value. An idea that works not only for art, of course, but for all investments.

"It's a fascinating thing about tokens," says Professor Philipp Sandner from the Blockchain Center at Frankfurt School of Finance & Management. "The best way to describe it is with the Token Container Model from the Liechtenstein Blockchain Act. The token is a technical shell, i.e. a container into which any property right is packed. This could be the right to a voucher or a Euro - was would then be the digital money. But it could just as well be the right to a security, a dividend or any other asset. And this right can be transported from one user to another, i.e. traded. This is then for example a so-called security token."

The technology with which the above mentioned "containers" can be transported anywhere is the block chain.

It works something like this: If someone transfers a right to another person, this new information is summarized in an encrypted data block and transmitted to every participant in the respective network. It is then checked for correctness by the computers in the network, i.e. verified. This new data block is then added to the existing blocks. In this way, all information can be viewed by everyone who belongs to the network and, since each block is based on the other and all are stored decentrally, they cannot be changed afterwards. Thus the block chain is also considered forgery-proof.

The use of this technology could revolutionize the world of investment. "Up to now, for example, a bond issuer had to prepare an issue prospectus, instruct a financial intermediary such as a bank and go to a notary and the central securities depository where the general deed is stored," explains Sandner. All this costs money and time. In a tokenised world, the issuer still needs an issue prospectus. "But since the process in the block chain is forgery-proof, there is no longer any need for a financial intermediary, the signature at the notary can be digital, the issuer saves the trip to the Central Securities Depository, and there is no longer any paper form".

This way is more efficient and cheaper. "This can be attractive for small and medium-sized companies that want to issue bonds, since the volumes are usually small there and otherwise a bond issue is often not worthwhile due to the high costs," the researcher continues.

At the same time, the transfer of ownership rights and the transfer of funds should be significantly accelerated. "This means that it no longer takes days for a security, fund, bond or loan to be booked or money to be transferred. It then takes seconds", outlines Marcel Fleisch, Chief Product Officer of VP Bank.

If that alone sounds interesting, the impact on the investment world could be downright groundbreaking. For example, a property would no longer have to be sold as a whole, but could - broken down into small parts - go to several investors. For this purpose, the owner of the property would only have to issue an equity token, which would then also securitize the investors' right to a share in the rent.

"In addition, tokenization also creates the opportunity to increase the tradability of investments," continues Marcel Fleisch. After all, the minimum investment amounts are falling. And so, in the digital world, it will be possible for everyone to build up a diversified portfolio of private equity funds of different vintages, real estate in different locations or works of art and classic cars. And to trade these at any time.

The granularity of tokens can also be exciting in terms of succession planning. For example, communities of heirs and foundation beneficiaries could use tokens to hold shares in art objects simply and inexpensively without having to sell the entire object.

The first company in Germany to issue a digital bond, i.e. to carry out a security token offering, was the crowdfunding provider and loan broker Bitbond from Berlin. With the bond, investors indirectly participate in the loans that the company grants to small and medium-sized companies via its platform. The restaurant chain L'Osteria took the same path in December 2019. It issued a three-year digital bond token with a coupon of 6.25 percent via the Kapilendo platform. And in Liechtenstein, the Fintech start-up Amazing Blocks was the first company to make its entire capital investment in the crypto-currency Ethereum.

These pioneering achievements are primarily of theoretical interest for observing the development of this technology. "A participation in it is not yet advisable for investors in most cases", Sandner informs. "First of all, there is currently no really functioning and liquid market. All the platforms worldwide on which investors can trade digital securities have a combined volume of perhaps one billion euros.

And secondly - and this is the more important point - the necessary legal certainty is currently still lacking. "In Germany, only the legal framework for digital bonds has been created so far, but not yet for shares. Because the transfer of equity is much more complex. For example, it is still unclear how dividend payments should be handled in these cases."

The legal treatment of new investment opportunities in the Principality of Liechtenstein is particularly far-reaching. Since 1 January this year, the Token and VT Service Provider Act has been in force there. "In fact, this law is the legal framework for all applications of the token economy and guarantees the legal security necessary for service providers and customers," explains Fleisch. "And that is ultimately the basis for companies to emerge in this area, customers to participate and for the token economy to become more professional and mature to a certain extent".

So-called "smart contracts" can also play a decisive role in this. They increase the efficiency of traditional financial services by making certain additional tools possible. For example, transfer restrictions could be programmed directly into the token to ensure that sales regulations are correctly complied with. The same technology can also be used to meet individual requirements - for example, unanimity in the sale of inherited assets.

However, it will be a long time before these standards become established worldwide. In two to three years, however, Sandner can certainly imagine that the market will become attractive for private investors. "By then, the leading platforms and marketplaces are likely to emerge, and there will be more issuers and users providing sufficient liquidity".

For the asset management industry, this may also mean a dramatic change. "In the very long term, I can imagine that we no longer need fund solutions, for example," says Sandner, looking to the future. "The typical asset manager will then perhaps only write algorithms for how an investor individually optimizes his investment. In a tokenized world, anyone can actually assemble the corresponding portfolio themselves. It would be the beginning of a new era in investing. ®

Not only for investors but also for companies tokenization can be an exciting thing. "Imagine, for example, a chemical company operating its silos filled with valuable chemicals as independent profit centres," explains Philipp Sandner from the Frankfurt School of Finance & Management. "Then it might be a good idea to sell the ownership of them to investors as equity tokens, including a performance-related return". In the same way, machines and equipment or even a company building that has nothing to do with the operative business could be tokenised. "In this way, companies can remove assets from their balance sheets and thus raise capital for investments," explains Sandner.

Opinionleader Christian Klein 126
With its rules on taxonomy, the EU will initiate…

How to earn it Cornelia Knust 177
Expansion. The Thannhuber family of entrepreneurs…

How to earn it Klaus Meitinger 132
Innovation. The only effective climate protection…