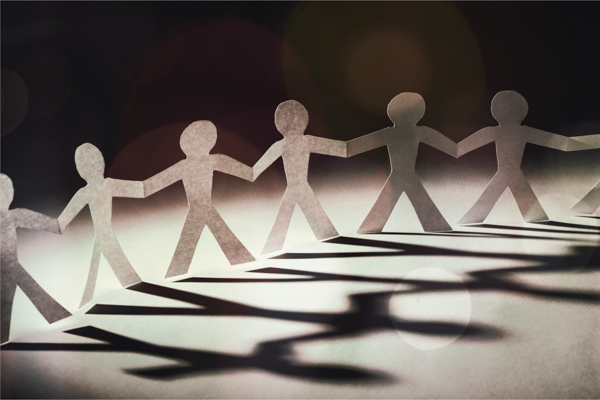 Selection. In a current study, the Center for Entrepreneurial and Financial Studies (CEFS) of the Technical University of Munich, on behalf of the Stiftung Familienunternehmen, investigated whether the shares of family-run companies are the better investment. The results are making investors sit up and take notice.

The legend that shares of family businesses are the better investment has long been told and supported by logical arguments. "The decisions of a Management Board that works with its own capital are weighed more thoroughly. The strategy is more focused on the long term and not on the next quarterly figures. These companies think in terms of generations and operate more cautiously," says Professor Rainer Kirchdörfer, Chairman of the Foundation for Family Enterprises. But now the foundation wanted to know exactly: Is there really a scientific connection between the performance of the stock market and the ownership structure of the company?

A first study by the CEFS on behalf of the Foundation for the period between 1998 and 2008 actually shows a weakly positive correlation between family influence and performance. "That was a start. We were all the more excited to see whether the results would change in the subsequent period from 2009 to 2018," explains Professor Christoph Kaserer, TU Munich, who worked on both studies.

In the current follow-up study, researchers at the Center for Entrepreneurial and Financial Studies (CEFS) at the Technical University of Munich examined 475 listed companies from the CDAX.

Family businesses in the broader sense were those in which the founding family held at least 25 percent of the voting rights and/or held a supervisory or management board mandate. Family enterprises with a substantial influence on the enterprise beyond that were classified as family enterprises in the narrower sense. "That was around 20 percent of the companies surveyed, while 40 could be regarded as family businesses in the broader sense," explains Kaserer.

The results were impressive. "Family-run companies performed better both in terms of revenue and key figures relevant to earnings such as return on asset and return on equity. The difference to the other companies increased with stronger family influence," Kaserer said. "Of course, the smaller average size of family businesses and industry effects also played a role. But these effects can be controlled by statistical methods."

The exciting question now was: Did the shares of family-owned companies perform better even after the streamlining? According to Kaserer, the result was clear. "Family businesses show an above-average operating performance, which is attributable to the ownership structure. That's the key finding of the investigation."

In order to meet the needs of investors, the researchers have made a portfolio comparison between family-owned and nonfamily-owned companies and weighted the shares in both portfolios according to market capitalization and liquidity. "The portfolio of companies over which the founding family has no controlling influence showed an average increase in value of 15 percent per annum between 2009 and 2018. For family firms in the broader sense, this was already 17.2 percent. And family businesses in the narrower sense even generated 23.2 percent per year."

What was that about? "In addition to the importance of an anchor shareholder and a longer-term strategic orientation, the capital structure has apparently also played a role," Kaserer explains. "The median equity ratio of family businesses is 42 percent, of other companies only 28 percent." Obviously, family businesses do indeed operate more cautiously. "And this seems to have paid off especially during the crisis years 2008 to 2012," the scientist continued.

Kirchdörfer takes a similar view: "We have observed that listed family-run companies have weathered the financial crisis better than other companies and have also recovered more quickly since.

In addition to the high equity ratio, the anchor shareholder, who can help in crises with fresh capital, is decisive. "With other companies, on the other hand, borrowing via banks or the capital market is hardly possible during a crisis," says Kaserer.

Apparently, family businesses also act anti-cyclically in the ups and downs of the economy. "Marc Decker, Head of Asset Management at Merck Finck Privatbankiers, analyzes: "In times of crisis, they tend to buy more, while large corporations usually save costs procyclically in order to make the next quarterly reports look better.

"However, family businesses have a disadvantage from the investor's point of view," Kaserer restricts. "The founders usually want to recruit future managers from their own family. This can lead to the fact that the best people are not always selected. We therefore repeatedly find that family influence is strongest and most positive in the hands of the first generation. With each generation, however, the effect seems to diminish."

However, it is interesting to note that a study by Credit Suisse, a major Swiss bank, confirms this phenomenon of higher equity returns on a global scale. All this suggests that investments in shares of companies in which the founding family has a significant influence will benefit investors over long periods of time. Investors should only be alert when the generation change is imminent.

How to invest in family businesses.

The German Entrepreneurial Index (GEX) contains companies whose owners hold 25 to 75 percent of the voting rights and which have gone public in the last ten years. A UniCredit index certificate (DE000HV0A098) reflects its performance.

H&A Unternehmerfonds Europa (LU0294540942), launched in 2007, invests across Europe in companies in which one or more major private shareholders have a proven influence on corporate strategy. According to Morningstar, the fund rose 8.11 percent per annum over ten years, slightly outperforming the MSCI Europe.

One of the selection criteria for the Berenberg 1590 Mittelstand shares (DE000A14XN59), which were launched at the end of 2015 and focus on German companies, is that the founding families play an important role in company management. Over three years, it brought 12.22 percent per annum. Other funds that implemented this idea are ODDO BHF Génération (FR0010574434) and Bellevue Funds BB Entrepreneur Europe (LU0415391860).

How to invest it Gerd Hübner 72
Blockchain. The digital representation of…

How to invest it Threadneedle Management Luxembourg S.A. 75
Small Caps. Shares of smaller companies, they…

How to earn it Mariella Bauer 69
Handmade. Instead of rapid growth, the Munich…

How to earn it Yvonne Döbler 66
Expansion strategy. In 18 years, Wolfgang Trier,…