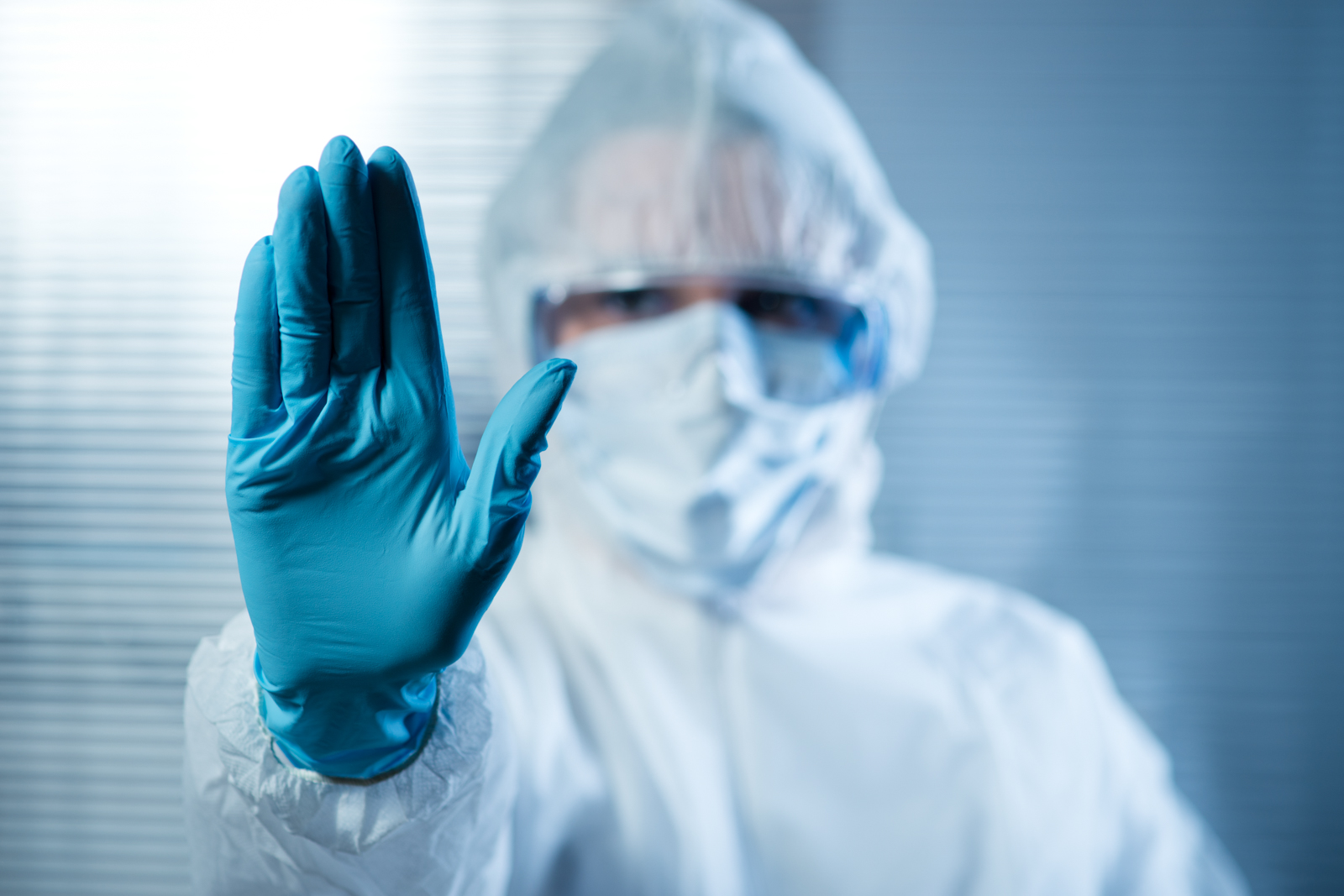 Medical technology. What would it be like if there were a way to stop disease processes directly in the individual cells and thus possibly end the suffering? The researchers of the newly founded company Soluventis Nanotherapeutics from Bochum have an idea.

Often it is a chance find that triggers a medical revolution. 90 years ago, the English microbiologist Alexander Fleming noticed that no bacteria grew in his Petri dishes near mould colonies. He truncated, continued his research and found the penicillin that prevented the bacteria from growing. The era of antibiotics began - a breakthrough in modern medicine.

A similar accidental finding irritated Bochum professor of medicine Sören Schreiber when he experimented with blood substitutes. Many physicians are working on this - their goal is to be able to do without blood reserves in transplantation medicine in the event of accidents, catastrophes or to care for organs removed for transplantation.

Like many of his colleagues, Schreiber investigated perfluorocarbons. These compounds are chemically very inert, but can - similar to the iron in our red blood cells - physically bind and transport oxygen. "During the experiments I noticed that in the perfluorocarbon mixtures other components regularly disappeared never to be seen again. We had admitted them ourselves, but suddenly they were no longer detectable." What happened?

Schreiber and his research group got to the bottom of the matter and found that the apparently missing substances were still there. "However, they were so firmly bound to the perfluorocarbon that they could no longer be found with the usual analytical methods."

In nächsten Schritt the scientists brought perfluorocarbons together with all possible groups of substances. They recognised that it was even possible to bind comparatively large molecules such as peptides. But it became really interesting when the scientists brought ribonucleic acid, RNA for short, into play. "RNA molecules could also be bonded to a certain length of perfluorocarboxylic acid."

That made Schreiber sit up and take notice. RNA molecules play an outstanding role in the body, not only in the production of proteins, but also in the regulation of gene activity in cells. It has long been known that the genes in our cell nucleus are copied into RNA, which then migrates as botin (messenger or mRNA) from the cell nucleus into the cell interior. There it is processed by a complicated machinery that travels along it and converts the encoded information into proteins. Depending on the coding, different amino acids are assembled one after the other to form a large chain - a new protein is produced.

What is relatively new is the knowledge that this process can also be interrupted when a short piece of RNA attaches itself to the single-stranded mRNA molecule. To do this, the piece must be complementary to a short section of the mRNA, i.e. have a mirror image code, so to speak.

The short MicroRNA then sticks and acts like a brake pad. The entire machinery comes to a sudden standstill. The message can no longer be read and the mRNA is digested by the cell. "This happens all the time in cells," says the physician Désirée Garten, who has been working with Schreiber for quite some time. "It's a natural mechanism of gene regulation that causes the cell to break off an ongoing genetic program."

Scientists call this interaction RNA interference. For example, it plays a role in the defence against viral diseases. The body blocks the reading of virus genes and thus prevents viruses from taking over the cell. But it also modulates normal metabolic processes. The small RNA molecules that can "slow down" an mRNA are therefore called siRNA - short interfering RNA. Researchers who discovered this mechanism were awarded the Nobel Prize for Medicine in 2006.

"With siRNA, we would have a completely new class of drugs at our disposal if RNA interference could be specifically applied from outside," said Schreiber outlining the potential: "By simply adding a siRNA that attaches itself to an undesired mRNA, disease processes, in particular cancer, could be interrupted in a very elegant way. siRNA could prevent the progression of numerous chronic diseases.

Writers and gardeners are not the first to think about such a therapy option. So far, however, there has been a major problem: small RNA fragments are unstable. They cannot be administered in tablet form or in the blood. They must be stabilised or packaged. Or both. Stabilization by chemical modifications, however, influences the effectiveness.

Packaging experiments - the RNA is enclosed in tiny droplets - have so far failed because these droplets do not penetrate the dense lining of blood vessels with endothelial cells well enough. The largest part lands in the liver, the detoxification organ of the body, and is destroyed.

Perfluorocarbons could solve this problem. Perhaps, the doctors thought, they would be the key to the efficient transport of therapeutic RNA in cells. When their first attempts were successful, they decided to set up a company in 2009.

In 2011 they found two investors with Mey Capital Matrix and in early 2018 with Global Source Ventures (in issue 04/2012 private wealth had reported on the ambitions of Webasto co-owner Gerhard Mey in the field of medical technology). With seed financing amounting to a small million euros, the two enabled them to further develop their technology. Schreiber is now in charge of the company's research, Garten is responsible for research and development.

The team, which has now grown to five employees, has achieved a lot since then. "We can now show that our perfluorocarbon-based nanocarriers can slip through the endothelium," says Schreiber. "The RNA is so well packaged that it is neither degraded nor recognised by the immune system. Once our nanocarriers have left the bloodstream - this takes only a few minutes - they bind to certain structures on the surface of target cells. This triggers a process in which they are absorbed by the cells. The hull is digested and the RNA is released. The perfluorocarbon itself is dissolved as a gas and simply exhaled." 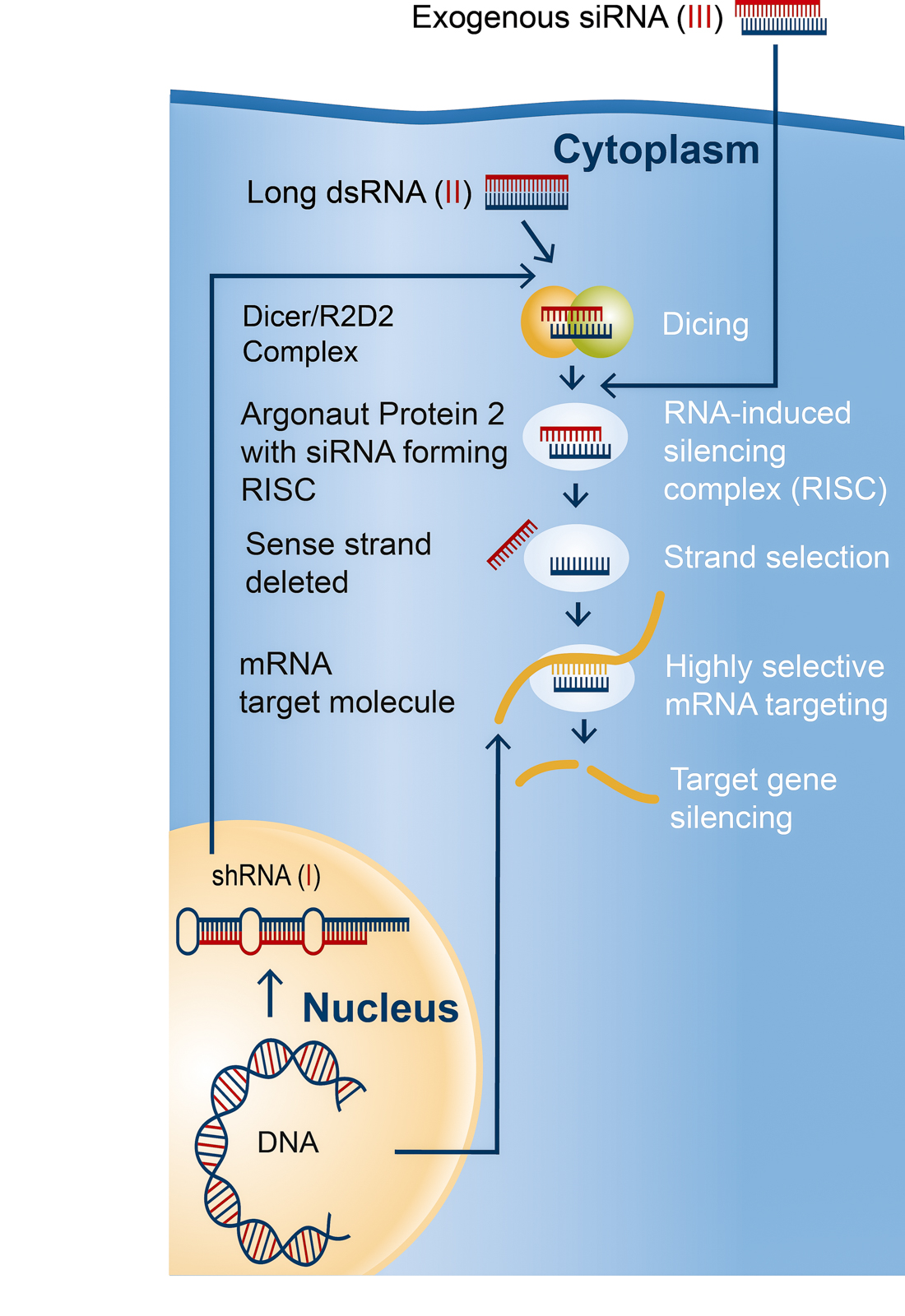 "We can get anywhere with it - into tumour cells, metastases, inflamed or infected regions, etc.," says Garten. "And above all, the concentration of active ingredients is almost the same in all organs, including the liver." This opens up application possibilities that research and medicine have dreamed of so far.

It would be a revolution. Previously, pharmaceutical research had only thought about proteins that are involved in disease processes as structural proteins or enzymes. She was looking for substances that could block or activate these molecules. However, this often turned out to be difficult and sometimes impossible. In many cases, there were also effects that overshoot the mark, caused side effects or were insufficient.

siRNA enables physicians to switch off any protein whose blueprint is known. Where it is located, how complicated its structure is, how it works are all irrelevant. "This allows us to venture into target structures that were previously completely inaccessible, temporary or otherwise unsuitable for conventional drugs," says Schreiber. "For example, oncogenes at the beginning of a cascade of events at the end of which a cell mutates into a cancer cell are attractive.

The researchers have since shown that the idea works in animals suffering from cancer. "In two other candidates, we found therapeutic efficacy in colorectal cancer and pancreatic cancer and were also able to demonstrate that our nanocarriers, including RNA, are well tolerated," explains Schreiber.

The tests showed that the animals could be given up to one gram of nanocarrier per kilogram of body weight for seven days without serious side effects. "That's many times the dose we're going to administer to sick people later. But it shows that our nanocarriers are safe. They consist without exception of components that have long been used in medicine."

In pancreatic cancer, the combination of siRNA and nanocarrier from Soluventis was even much more effective than the standard therapy with the chemotherapeutic agent gemcitabine. "80 percent of the animals were free of metastases after treatment," says Garten. "No one's ever been able to do that before."

Science has now identified at least 9000 new target structures that are suitable for therapy with siRNA. With so many possibilities, it is now important for Soluventis to find the right business strategy and not to get bogged down.

"We are pursuing a dual business model," explains Edvin Munk, who recently took over the management of Soluventis Nanotherapeutics. "On the one hand, we want to exploit the potential of the technology with our own promising target structures in certain oncological indications. On the other hand, we want to conclude licensing agreements with pharmaceutical companies. They can package their drug candidates in our nanocarriers and then successfully administer them."

The company initially started with three of its own product candidates. They are directed against objectives that have not yet been achieved. "The first project deals with a very rare cancer: Ewing sarcoma, a form of bone cancer that mainly affects children and is caused by a specific genetic alteration. Die we want to switch off specifically. If we can show the efficacy in humans, the therapeutic approach can also be transferred to patients with prostate cancer. Denn, where about half of those affected have a mechanism that is also ideally suited for siRNA therapy."

About 600 to 800 people, mostly children, suffer from Ewing's sarcoma every year in the USA. If the study is successful, the company can hope to receive a Pediatric Voucher in the USA, a voucher issued by the FDA if an innovative drug for the treatment of childhood diseases has been developed. It allows more favourable conditions for clinical trials involving completely different indications and drugs, but can also be sold. "Such a voucher is traded at prices between 50 and 350 million dollars," says Schreiber. "He would make it easier for us to conduct clinical trials on another product or continue to fund the company."

Soluventis has already identified several other promising target structures for the clinical development of products. However, as the company cannot use all of the targets itself, it also wants to commercialize some of these discoveries.

The company is currently looking for private investors who will contribute a total of 15 million euros to develop the technology and start an initial clinical trial in patients with Ewing's sarcoma. "If that is successful," explains Schreiber, "we would have shown for the first time that siRNA is actually suitable as a new class of drugs."

This could unlock the dormant potential of a technology that makes numerous diseases treatable for which medicine currently has its hands tied. ®

Editorials Klaus Meitinger 179
Dear Readers, in a few weeks, the new decade will…