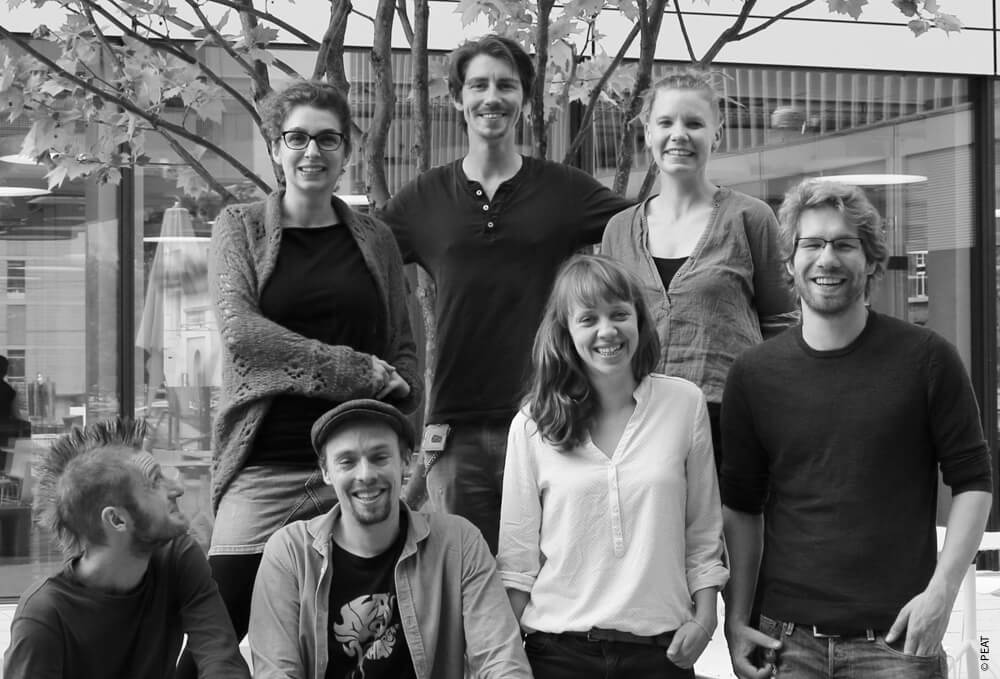 Innovation. Almost a third of the annual harvests on our planet fall victim to plant diseases and pests. The consequences are fatal: famine, impoverished farmers on the one hand, expansion of cultivated areas and increased use of pesticides on the other. Simone and Robert Strey want to change that.

"Actually, we didn't choose this business idea. She found us much sooner." In 2014, Simone and Robert Strey are conducting a research project for the University of Hanover in Brazil. "We wanted to know how the carbon content of the soil changes according to use. But every time we made our measurements, the farmers showed us sick plants and asked us for help: What's that? What can we do about it?'"

The farmers were mostly helpless against the plant diseases. "There are no phytosanitary agencies there to turn to," says Simone Strey. "You're on your own." But although the two Streys have studied botany and soil science, they also do not know all diseases and deficiency symptoms. In order to help, they often had to spend a lot of time researching the Internet.

However, Robert Strey is familiar with programming and intelligent algorithms. He is immediately aware that the search for similar images and the subsequent identification of plant damage can be automated. "I knew we'd only need a lot of data for that - photos of sick plants. Software could then learn to recognize the pattern and make appropriate suggestions for dealing with the problem."

Back in Germany at the end of 2014, the two found their company PEAT and move into a cellar laboratory at the University of Hanover. PEAT stands for Progressive Environmental & Agricultural Technologies. The start-up financing comes from the Exist Programme, a promotional programme of the Federal Ministry of Economics and Energy.

One year later the first prototype of the software is ready. "It was called the Garden Bench because it was aimed at gardeners," says Simone Strey. It is only a first attempt to collect data and images without artificial intelligence and automatic image recognition. "Nevertheless, the success was surprising. We were sent thousands of pictures. We have collected and analysed all these data sets, as well as the results of experiments, for example on nutrient deficiency."

Now the computer gets work. "Every infestation creates an optical pattern. Our software - today called Plantix - has learned to distinguish them. She is now able to detect more than 120 different types of plant damage. These are damages caused by food, microorganisms and viruses or by deficiency symptoms. And with every photo sent in, our software learns."

Every day about 1000 pictures from all over the world are added. "The user only takes a picture of his own damage, the rest is done by the app in the background. In the end, the software identifies the disease, its cause and suggests methods to combat it." These include techniques from conventional agriculture as well as methods from organic farming.

The most important work of the founders is to ensure the quality of the input data. "Simone Strey explains: "Only if the computer has a reference can it check its results and thus become better and better."

The software now works as a neural network and uses the latest techniques of parallel computing, deep learning and analysis supported by GPUs, and image recognition to analyze incoming photos and train the intelligent network and link information together - artificial intelligence at the highest level. Human input is required when the software is unable to determine anything unambiguous.

"We are already working on the next stage," explains the entrepreneur. "Our artificial intelligence should be able to suggest characteristic patterns such as stains on fruit or mosaic-like discolorations on leaves even if the plant or disease cannot be precisely determined.

Currently Plantix is offered in different variations. They are tailored to the needs of specific geographical areas. One version was developed for Brazil, one for Tunisia and one for India - large markets in which the typical plant diseases of the respective continent occur and in which the team knows its way around.

Further local and global applications are in preparation.

When proposing solutions, Plantix adheres to the respective approved methods of conventional and organic agriculture. "We are agnostic and will never propose a pesticide from a particular company," says Strey. She stresses that Plantix makes a major contribution to reducing the use of pesticides. "Farmers now know for themselves what their plants lack and no longer have to rely on what local traders and representatives of crop protection companies tell them.

In India, for example, traders would often sell indefinable mixtures - "at best of water and petrol or petroleum". Thanks to PEAT, farmers are now smarter, able to apply protective measures in a targeted manner and save money in the process.

In India alone, more than 30000 farmers are regular users of the software.

With this approach, PEAT is one of the pioneers of so-called precision agriculture. It has set itself the goal of using nutrients, water and pesticides in a targeted manner. These are only used when it is really necessary - and only in the quantity that is actually needed. This saves valuable resources and is also healthier for the consumer.

Numerous manufacturers of agricultural machinery are currently developing sensors and Big Data applications to automatically and continuously determine and evaluate information about the nutrient content and moisture of the soil, microclimate, growth density or weed infestation. This data could in turn be integrated into the PEAT software to develop even more intelligent solutions to combat plant damage.

But even this is just the beginning of a great idea. "The photos also give us GPS coordinates. We can therefore insert geo-information into the software and map the spatial distribution of diseases.

This is also of great interest to many companies and authorities. Because it helps identify emerging threats so you can take protective action early."

The long-term goal: a global early warning system for plant diseases that could help reduce crop losses and famines and develop timely remedies.

What such an innovation could achieve became clear last year. At the beginning of 2016, for example, the so-called autumn army worm - the caterpillar of an owl butterfly - was detected for the first time in Nigeria. The pest was probably introduced from South America, where it mainly attacks maize crops. In the same year, it had already caused enormous damage 5000 kilometres further south. The gluttonous caterpillar infests not only maize but also peanuts, millet, potatoes and soybeans.

The bitter result: Africa is threatened by famine. Experts now fear that the pest will also spread northwards into the European Mediterranean region. A functioning early warning system could have prevented this.

At present, citrus fruits, coffee, bananas and wheat are also endangered - worldwide. They are threatened by viruses and fungi. The global transport of people, food and seedlings promotes their spread, as do warmer summers and milder winters.

But even apart from such disasters, local crop failures cause hunger and malnutrition. Experts estimate that chronic malnutrition still causes more deaths each year than the dramatic crises that make it into the "news".

In many regions of the world, PEAT could therefore provide effective development aid as an early warning system. "They must not forget that in Africa, Asia and South America farmers are largely on their own when it comes to crop protection. The existing blanket recommendations for fertilisers and pesticides are often unusable, cost a lot of money and ultimately damage the soil and thus the environment," explains Simone Strey.

By identifying the distribution channels, it will be possible in future to make forecasts of crop failures, install early warning systems and take targeted countermeasures. "Even crop insurance companies are interested in the data. By linking this to other information, we can also gain deeper insights into the relationship between geofactors such as soil quality or weather and certain plant diseases. This, too, is of great interest to agriculture."

PEAT thus benefits agriculture in two ways: First, it helps the individual farmer who now knows what is threatening his harvest and what he can do about it.

On the other hand, PEAT uses the collected data to help governments and authorities as well as companies and researchers to identify pest occurrences and spread in good time and to initiate countermeasures. "For the individual farmer or gardener, whether in Europe, the USA, India or Africa, the use of the app should remain free of charge. Companies that want to integrate our software into their products or use our data treasure have to pay."

After all, the software can also be used by large companies, for example for monitoring greenhouses, for integration in drones, robots or agricultural machinery. "They would be informed in good time if their plants were deficient," explains Strey.

Potential customers would not only be the operators of huge greenhouses, who ensure that tomatoes and other fresh vegetables are available to us all year round throughout Europe and the USA. In the United States, the team learned from an introduction to investors in Silicon Valley that there are more and more private users who afford automated greenhouses for their gardens.

In the spring of 2017, the company concluded a first financing round of one million euros with private individuals and business angels. "We need the capital for the further development of the app and the integration of weather information. We will also spend it on personnel costs and marketing. We intend to conclude a new financing round at the end of the year. For this round, we want venture capital firms and a few key people, preferably in key countries like India."

Simone Strey doesn't yet know exactly what to do next. Anything seems possible. If the data pool is large enough, the company could become interesting, for example, for a takeover by one of the large agricultural engineering companies that are intensively involved in the topic of artificial intelligence. Or an IPO. That would be the entrepreneur's favourite at the moment. But she also knows that the time is not ripe. "First of all, we want to build the world's largest database on plant diseases." ®