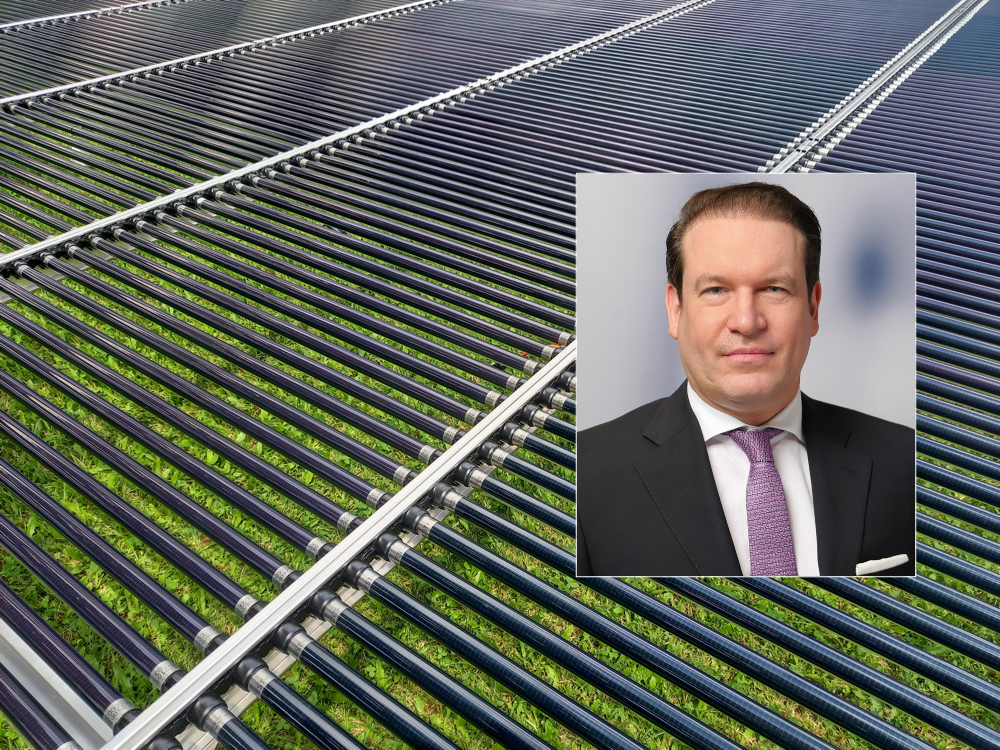 In issue 02/2021, we had introduced the company TubeSolar AG to you in the "World Savers" section (link "Double Yield"). The Augsburg-based company wants to generate electricity with solar panels in tube form. In addition to being used on commercial and industrial roofs, they will be mounted on stilts above agricultural land so that tractors can drive underneath them. Because the solar tubes are arranged in a grid design, they also allow sunlight and rain to pass through. The effect: photovoltaics and agriculture can be operated together on the same land.

On February 10, the German government presented proposals to promote such agri-PV systems. In future, they are to be permitted in principle on all arable land, provided that agricultural use is only impaired by up to 15 percent through the generation of electricity. And they are to be subsidized via the Renewable Energy Sources Act.

"For TubeSolar, this is excellent news. Because it means that the sales market is expanding significantly and sales should now also get off the ground much faster," judges Karsten von Blumenthal, analyst at First Berlin Equity Research, "What is particularly important here is that the product will become 'bankable' through the EEG subsidy. This significantly facilitates debt financing for potential buyers."

"The already strong demand has actually intensified since then," confirms Felix Mantke, CFO at TubeSolar: "Because however this 15 percent limit is interpreted - it definitely doesn't mean a problem for our product. We receive calls from interested parties every day. We are talking about large quantities. From my point of view, there is simply no comparable product worldwide."

First, however, TubeSolar has one more hurdle to jump. So far, the important TÜV certification is still pending, which was originally announced for the second half of 2021 and whose completion has been delayed. "Quality standards and DIN specifications of TÜV are oriented to flat modules. However, our product is completely new. This presents TÜV with special challenges. It has to adapt its testing processes to our innovative product. And experience shows that this takes time," explains Mantke and continues: "We are in regular coordination with the TÜV and, according to the TÜV, are now moving toward the home stretch.

Automated mass production of a first line with an annual capacity of around 20 megawatts is scheduled to start in the fall. Up to now, Tubesolar has only produced its tubes as a manufactory production line. After the first production line has been set up, production capacities are then to be successively increased to 250 megawatts. "However, compared to the assumption of a few months ago, we will now see to it that we make the ramp-up steeper, i.e. ramp up the capacities faster," says Mantke. While the 2026 to 2028 timeframe for reaching 250 megawatts of annual production was previously under discussion, that goal could now be reached sooner.

The figures from Robert Habeck's Ministry of Economics serve as an indication of what is possible for the company in the long term. On agricultural land, they estimate, up to 200 gigawatts of additional photovoltaic capacity could be installed in Germany alone. That's 200,000 megawatts - or 800 times the annual TubeSolar production planned for the medium term. "If I add the potential abroad - Europe, Asia, South America - then the potential demand becomes extreme. We have inquiries, we are talking about thousands of hectares of agricultural land in total. In addition, there are substantial inquiries regarding solar technology on industrial and commercial roofs," Mantke outlines.

"The 250 MW," the TubeSolar CFO reflects, "should then only be the first intermediate stage. We have demand and expressions of interest that go far beyond that. That is why we are in the process of expanding the site and are also looking for an additional manufacturing facility. The market is there and we will do everything we can to deliver the output that the market demands. 250 megawatts is not the end of the song."

TubeSolar AG is listed on the stock exchange and could therefore also be of interest to investors. At a current price of 5.55 euros, the company is currently valued at 66.6 million euros.

It is important to note: TubeSolar is a flawless venture capital investment. So far, the company has no certification of its product, no automated production and no proof that the modules produced in this way will then also deliver the expected performance. And: Strong growth always means major challenges for any organization. The demands on the business model, market development, management and capital procurement are enormous. At TubeSolar, the investment volume alone will probably exceed 150 million euros.

But if the plan works, the opportunities are also very high. The technology is fascinating, the market potential huge. Karsten von Blumenthal's research from September 2021 provides a few clues for a possible earnings path. At that time, the analyst estimated the annual sales potential at a 250 megawatt production at around 200 million euros and the annual net profit at more than 30 million euros.

What can TubeSolar be worth if results of this magnitude are really achieved in 2025 or 2026 and at the same time the prospect of an even significantly higher volume becomes tangible?

In fact, this cannot be estimated seriously today. It should also be borne in mind that capital measures will still have to follow, possibly with a corresponding increase in the number of shares. However, an increase in the stock market value by a factor of three to four, starting from today's level, could certainly be possible in the event of success.

PS: Karsten von Blumenthal has announced that he will revise his analysis in the coming days. We will keep you informed in this regard.

How to earn it Gerd Hübner 645
Expansion strategy. Arne Weber and his wife Fan…