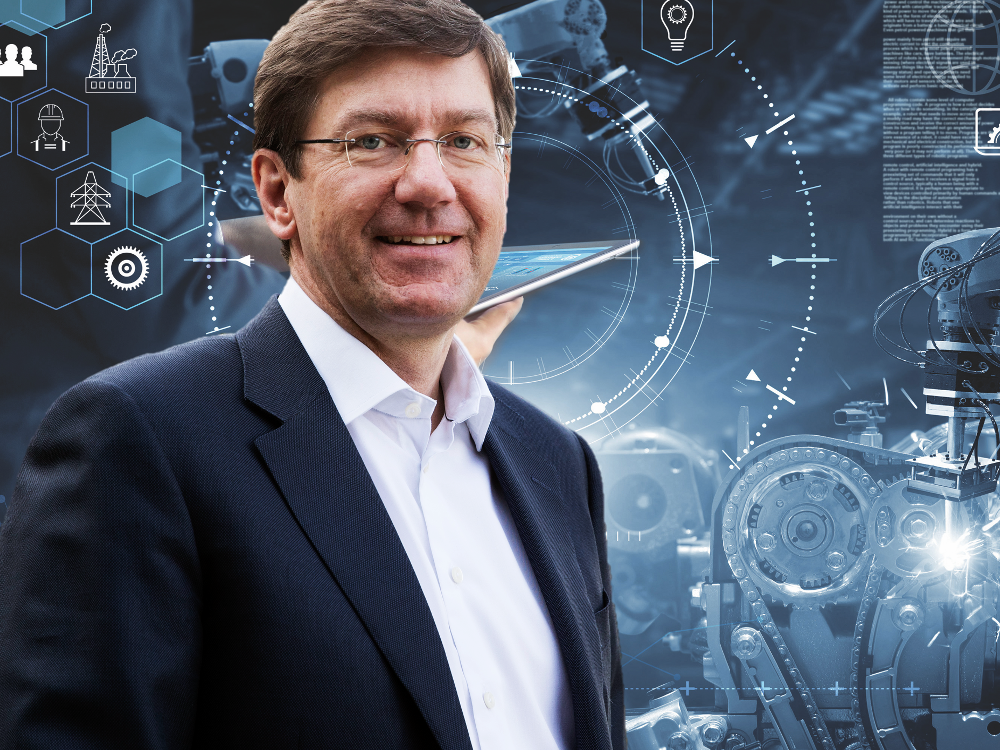 "The best is yet to come," said Wolfgang Trier a year ago in private wealth's entrepreneur portrait ("Der Optimist," link). Trier had joined Softing AG as an investor in 2002, saved the company from bankruptcy as CEO and since then had steered it through some ups and downs. Despite the constraints imposed by the pandemic, the entrepreneur had remained optimistic a year ago. "For 2021, we have our sights set on a return to the 2019 figures. In 2022 - then hopefully beyond Corona - we want to hit the 100 million sales mark."

A check shows: True, Corona also slowed Softing's business development more significantly than expected in the past year. But the trend is right.

In the largest segment (Industrial) and the smallest (IT Networks), sales and incoming orders are now rising significantly. Softing is in the black in both areas and these sectors should also benefit from the greater willingness to invest in the German economy in 2022.

However, the development in the third division - Automotive - is particularly exciting. Here, Softing has been making losses for several years - partly because high investments were necessary for the 2018 acquisition GlobalmatiX. However, it is precisely these that now seem to be paying off.

"GlobalmatiX developed a small box that can be retrofitted behind the dashboard in any car, van or truck," Trier explained in the private-wealth story. The box accesses the vehicle's electronics and, depending on the owner's approval, sends the required information to the cloud. Every parking bump, every trip, every accident is recorded that way. "So initially we sell our hardware once, which taps into the electronics in the vehicle. But the goal is then to conclude a multi-year usage contract for obtaining data from the vehicle. Depending on the scope and quality, we can do that for a few euros per month per vehicle," he said, explaining the business model, which is somewhat reminiscent of the Gilette success story. The razors are available at cost price, and it is the blades that earn the money. Or, in Softing's case, with the services.

This business is now starting to take off. At the end of December, Softing announced its first major order for 3,000 boxes and also a cooperation agreement with MOSOLF, one of the leading system service providers to the automotive industry in Europe. The idea: MOSOLF can install the boxes in the vehicles at very low cost and thus create real added value for its customers. This is because they are then in a position to allocate even the smallest damage to the causer with legal certainty - a real additional benefit, especially in the area of car sharing.

GlobalmatiX supplies the boxes and a set of services. After all, GlobalmatiX can read out all electronically available data from the vehicles.

"MOSOLF wants to enter the Digital Mobility sector and is therefore approaching all its customers. If even just one major MOSOLF customer, such as one of the large rental companies or user-based fleet operators, introduces the GlobalmatiX system, we are talking about a potential of an additional 50,000 units or more per year," Trier currently outlines the outlook to private wealth

Especially interesting: "GlobalmatiX sells each box with at least 36 months of service. The scope of services varies from customer to customer and is typically between 5 and 15 euros per box per month or between 60 and 180 euros per year," Trier explains. This is an imaginative idea, because once a certain volume is reached, the fixed costs in such software-driven business models usually no longer play a role. Net margins are then often well over 50 percent.

The expectation expressed a year ago in issue 02/2020 that 2022 at the latest could become a year in which all divisions of Softing AG perform well now seems to be coming true.

The Industrial and IT Networks divisions are expected to have generated operating EBIT of between EUR 4.5 and 6 million in 2021. In view of the high order intake, there is further potential for growth in 2022. For information: in the Industrial segment alone, order intake in the first nine months of 2021 was 56.6 million euros (sales were 42.5 million euros). On balance, given the red figures in the Automotive sector, Softing should have achieved an operating profit of 2-3 million euros in 2021. In 2022, the break-even point should then also be reached in this third division.

Overall, the risk-reward ratio of the share looks interesting. A large part of Softing's current market value - EUR 62.8 million at a share price of EUR 6.90 - is covered by the positive earnings development in both Industrial and IT Networks. In addition, there is now the longer-term GlobalmatiX fantasy. Trier himself formulated this to the magazine "Der Aktionär" as follows: "We are convinced that in a few years we will be able to achieve a high double-digit million turnover, which over the years will be dominated less and less by hardware and more and more by services."

The only downer is that trading liquidity in the stock is very low.

Note: Despite careful selection of sources, no liability can be assumed for the accuracy of the content. The information provided in private wealth is for informational purposes and is not a solicitation to buy or sell securities.

Disclosure: The author of this article is invested in Softing shares.

How to earn it Silke Lauenstein 275
In the latest issue, private wealth told the…

Editorials Klaus Meitinger, Moritz Eckes 241
Dear readers, We are actually hesitant to use…

Opinionleader Prof. Jochem Marotzke 249
What are the scientific facts around climate…

How to earn it Klaus Meitinger 362
entrepreneurship. The couple Martine and…

How to earn it Gerd Hübner 343
Expansion strategy. Arne Weber and his wife Fan…