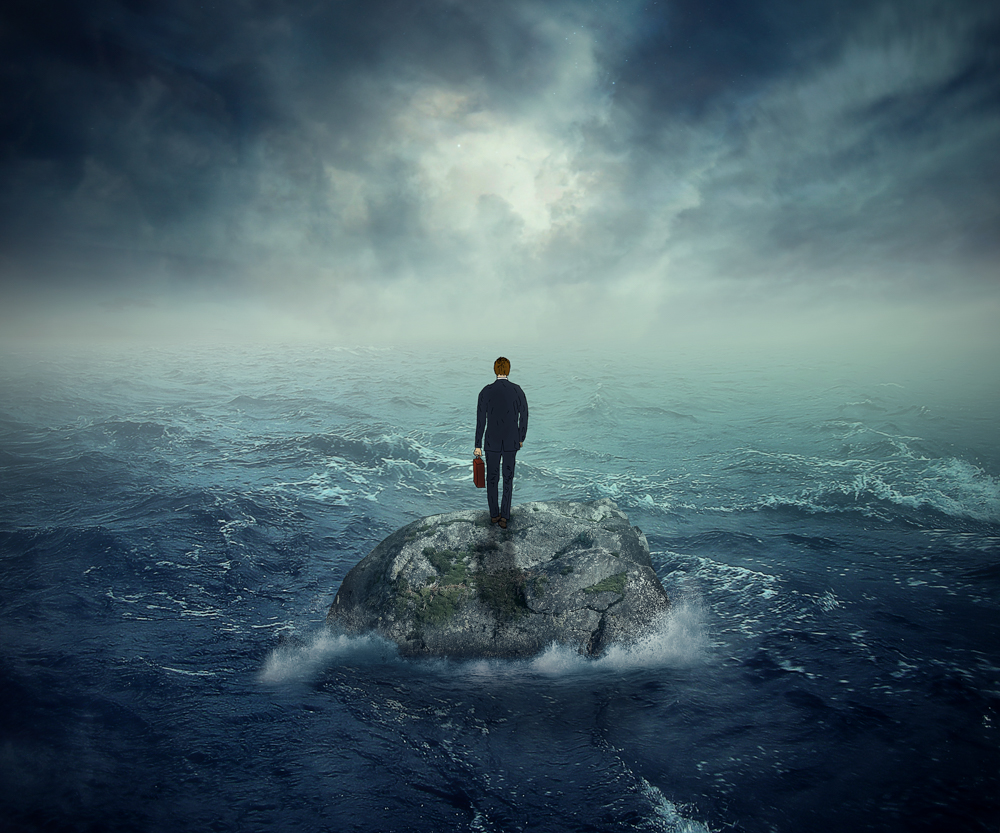 Climate risks. Man-made climate change is leading to heavy rainfall, flooding, increasingly severe storms and heat waves all over the world. It is high time for companies to prepare themselves.

Suddenly, nothing worked anymore. When the energy supply in the Ahr valley temporarily collapsed and it was no longer possible to make telephone calls to organise mutual assistance, the abstract term "systemic risks" took on a tangible meaning. Sewage pipes and storage reservoirs could no longer hold back the masses of rain. Bridges, tunnels, and structures built too close to the shore amplified the destructive power of the currents.

"Systemic risks are physical hazards that go far beyond the regulatory and market risks that companies normally face," explains Ortwin Renn, director of the Institute for Transformative Sustainability Research (IASS) in Potsdam. A typical example, according to the scientist, is the collapse of important technical or infrastructural units in one place, which spreads like a domino effect and also threatens distant, vital social institutions, such as healthcare systems or energy supply.

It is undisputed that these hazards will become increasingly important in the future. The European Severe Weather Database (ESWD) registered 1268 severe weather reports for Germany in July of this year alone - heavy rain in the west and east, large hailstones in the south, even three tornadoes. There were 241 reports for Austria and 83 for Switzerland. Any one of these events could have turned into a catastrophe.

The number of storms in itself does not say much. It is rather their intensity that is increasing, as numerous scientific studies now confirm. Heat waves may well occur more frequently, but periods of precipitation are less frequent. They do, however, bring much more rain. Although there is an increase in storms in northern Germany, they are not necessarily becoming more frequent elsewhere, but all the more destructive.

During the heavy rain in North Rhine-Westphalia, more than 200 people died. Numerous small companies and craft businesses have been left with nothing since then. And large companies were also affected. For example, the masses of water poured into the Inden open-cast lignite mine, which supplies the Weisweiler power station. Operator RWE was able to shut down the numerous hydroelectric power plants in the Eifel, on the Moselle, Saar and Ruhr rivers in good time. Nevertheless, the losses will add up to a "medium double-digit million amount", according to RWE spokesman Guido Steffen.

Not an isolated case. In Stolberg, an Aurubis plant producing copper and copper alloy strip and wire for the world market had to be evacuated. Due to the complete flooding of the plant premises and the production halls on 16 July, Aurubis declared "force majeure" - the company could no longer meet its delivery obligations.

Ortwin Renn has been drawing attention to precisely these systemic risks for many years. But awareness of them is growing only slowly in the business world. In a survey of 1,168 European CFOs by the consultancy Deloitte on climate change awareness in their companies, it was clear to most that something had to be done. But what they then saw as protective measures tended to have only short-term and, above all, cost-effective effects. Hardly any of the company bosses interviewed showed a real understanding of climate change.

"It is high time that companies see systemic interconnectedness much more clearly and incorporate issues such as climate protection, climate adaptation and biodiversity as elements of their own corporate strategy," Renn notes.

The sustainability researcher acknowledges that business has been and continues to be very successful in controlling conventional risks, for example in occupational safety, car traffic, toxic chemicals or food. But time and financial resources would now have to be readjusted, he says. "They would be better invested now in systemic risks than in conventional ones," Renn says. "After an explosion in a plant, thousands of new regulations immediately pop up, and they are implemented. But where it really hurts, they're missing."

The damage from the July disaster will probably be 30 billion euros. "A tenth of that would have been enough to create flood plains and polders in front of the flood-prone areas," Renn estimates. Then the storm would not have become such a destructive, deadly catastrophe.

There are now numerous ways of finding out on the Internet about climate risks such as severe weather, flooding, the impact of heat waves and even hazardous areas. Most of them, however, require a basic technical, geographical, and sometimes even mathematical and physical knowledge. These resources are usually intended for experts and planners from administrations and insurance companies.

As part of the German Strategy for Adaptation to Climate Change (DAS), the German government has now set up the German Climate Change Portal (KLiVO) (www.klivoportal.de). It is the first point of contact for citizens, homeowners and house buyers, but also for entrepreneurs. The portal offers numerous guides, tools, climate data and further web portals, which can be found in a tailor-made way via a search mask.

This also includes the easy-to-understand "Flood Passport" from the Flood Competence Center (www.hochwasser-pass.com). It lists regional certified experts who can advise on measures. This service is aimed primarily at homeowners and those planning to build or buy a house, or those in the real estate industry.

Municipalities and federal states can use the Flood Passport to obtain an overview of the risk to local areas in order to plan and implement targeted protective measures.

The Climate Service Center Germany (GERICS) offers prototype products and services especially for companies. Decision-makers from politics, business and society are thus to be supported in adapting to climate change. This includes consulting on the economic and political consequences of climate change as well as on climate protection. The facility is part of the Helmholtz Centre Hereon. More information at: www.climate-service-center.de.